This couple reunited and found the daughter they gave up for adoption when they were teens After 55 years! The Reaction Of Their Doughter will amaze You 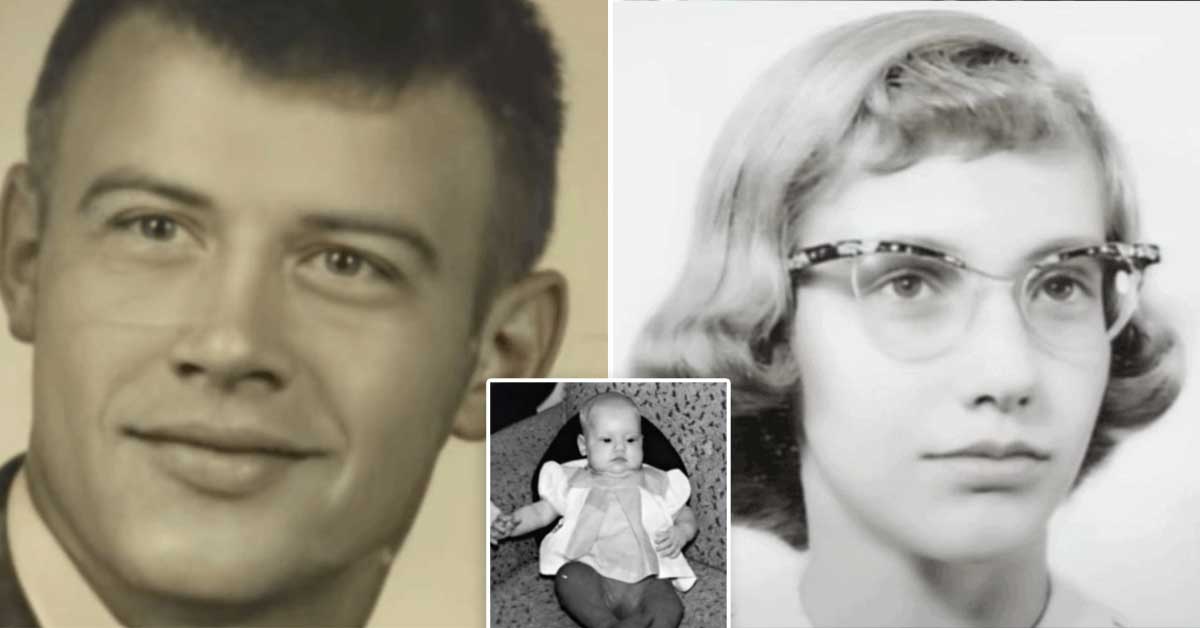 Here’s a love story you thought you’d only see on the big screen. Even though Karen Lehmann and Dennis Vinar couldn’t be more different, they felt an instant attraction when they first crossed paths in the school corridor. Vinar was a popular school athlete who played football for his school’s football team, whereas Lehmann was a clarinetist in the band and a bright bookworm who achieved straight A’s.

“It was a fascination probably,” Lehmann recalled of how she felt for the handsome, blue-eyed jock. “I was intrigued.” As it turns out, the feeling was mutual. “She was very special,” Vinar remembered of their first meeting. They were introduced to each other, and their whirlwind romance began. The pair started dating and quickly went from strangers to lovers. By 1958, Lehmann and Vinar were officially a couple!

“With not much to do in this small town, [we] would go to dances in the school cafeteria after home football and basketball games,” Lehmann reflected on their younger years. After school, the sweethearts would walk home together, the two whole blocks. Vinar would even skip football practice sometimes to be with his girlfriend.

In 1960, their carefree relationship took a drastic turn when Lehmann found out she was pregnant. She was only 14 then, and they never planned the pregnancy, but the couple knew they had to face it. When Lehmann told her parents about it, they sent her to a Lutheran Social Services home for girls who got pregnant out of wedlock.

Vinar couldn’t afford to see her every day, with her living farther away. He had school and sports to focus on, and the young athlete struggled to make time for her. Lehmann gave birth to a beautiful baby girl on August 13, 1961. She named her “Denise” because she looked so much like her dad with her blue eyes. She called Vinar to ask him if he wanted to hold his daughter and sign her birth certificate, and he readily said yes.

However, within an hour after birth, Denise was taken away from them and put up for adoption. That was the last time they saw her. Their lives each took a different turn after the birth. Vinar joined the army while Lehmann pursued her college degree. The couple wanted to keep in touch, but Lehmann’s father kept intercepting their calls and letters.

Seven years after Denise’s adoption, Vinar returned to America after a military stint in Germany. He visited Lehmann’s residence and asked her to marry him, to which she agreed. But when they shared the news with her parents, they disapproved because Lehmann had an education to pursue. Their difficult situation prompted Lehmann to end their relationship.

Decades later, the two would find love in other people and build their own families. But fate found its way to reunite them.In 2014, Vinar attended a dinner party, and the party’s host came up with an icebreaker. The question was, “If your physician gave you 60 days to live, who would be one person with whom you would like to talk or have dinner?”

Vinar knew the solution, so later that night he sat down at his computer and began looking. He located Lehmann’s LinkedIn page in a matter of minutes. Vinar remembered, “There she was—the third person down.” “And I said, ‘That’s my lady,’ and I slammed my palms together.” Lehmann phoned Vinar the next day after he left her a note.

When he eventually took up the phone, the first question she asked was, “How did you find me?” “What happened to hello, hello, and how are you doing?” Vinar, still as charming as she remembered him, questioned her jokingly.

And just like that, they started talking constantly and went through a three-month digital courtship, as Vinar described it. Vinar had been long divorced, and Lehmann became a widower in 2014. They both knew that this was their opportunity to rekindle the love they lost all those years ago. In January 2015, Vinar boarded a flight down to Portland, Oregon, to visit his adult son. However, he took a detour to Monroe, Washington, to see Lehmann.

She met him at the Seattle-Tacoma International Airport, and they were finally face-to-face. It was as if they had never been apart. That same night, they decided they were going to get married 24 hours later. On January 22, 2015, after decades of separation, Vinar and Lehmann tied the knot. The couple went ba“It took me all those years to find you, and now? It would make my life complete to find our daughter,” Vinar told his wife one night.

They got help from the adoption agency and found that Denise now goes by Jean Voxland. She was residing in Kenyon, Minnesota, where she lives with her husband and three children. Vinar and Lehmann wrote her a letter.

When Voxland came home from work one day, her husband, Andrew, told her about the letter. She was astonished. Who would think that 54 years later, after having no clue of her background, that her biological parents would appear out of nowhere? Voxland responded to their letter with five pages of her own, alongside several photographs. She received a response almost instantly, and they continued to send mail back and forth. Soon, they all decided to meet.

ck to their hometown in Minnesota and couldn’t be happier. However, they knew that there was a missing piece in their relationship: their daughter, Denise.
“She got out… ran around, jumped on me, and said, ‘Babe, you’re home,’” Vinar said.In May 2015, Voxland found herself in her parents’ home. “I got warm all over, my heart started to pound, and the tears just filled my eyes,” she said. “The questions you have when you’re raised… who you are and your identity…I was like, ‘Oh my God.’”

Voxland was likewise taken aback when she realized she looked just like her father. Both of their eyes were flashing blue. She claimed, “I never looked like anyone – ever.” Voxland, Lehmann, and Vinar have made up for all of the missed birthdays, holidays, and other events since then. Vinar added, “The affection we share for one other is second to none.” “We’ll always dance in the kitchen,” she says.

It’s incredible how Lehmann, Vinar, and their daughter reconnected after 55 years. Indeed, love conquers all! The family wrote a book together called, “How Did You Find Me?” to share their amazing story. You may purchase a copy here. Watch their interview with Steve Harvey in the video below.