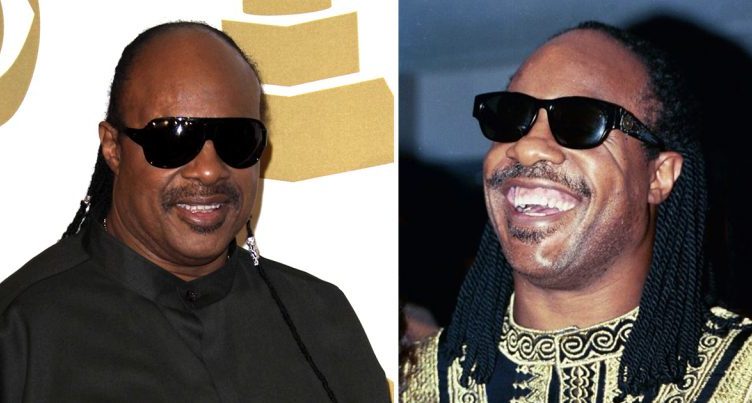 Stevie Wonder is one of the most praised artists of the 20th century. The singer and songwriter has released hundreds of songs over the years, receiving awards and recognition all over the world.

At the same time as one can be impressed by Stevie Wonder’s musicianship, what’s more remarkable is understanding how he does it considering that he’s actually blind.

So how did it all start? Was he blind from the beginning, or did something go wrong? This is the story of Stevie Wonder!

Going to concerts and watching talented musicians always leaves me feeling so inspired and impressed. It could be a singer with a wonderful voice, a guitarist that busts out insane solos, or a saxophonist playing his or her instrument on a whole different level. Put simply, there’s something special about musicians.

Now imagine witnessing a person play the piano, sing, write his or her own hits and then learn to do all of the above when he or she was blind? That pretty much sums up Stevie Wonder, who has managed to done all of those things over the course of his career.

Stevie Wonder – musical geniusThe ability to succeed as Stevie Wonder has – while being blind – is something I can’t get my mind around. It’s just too impressive to fathom – still to this day, Wonder continues to amaze me and people all around the world.

So how did it all start for him? And when did he become blind? Here’s all you need to know about the musical genius and legend that is Stevie Wonder!

Stevie was born Steveland Hardaway Judkins on May 13, 1950 in Saginaw, Michigan.

Wonder’s first couple of months were dramatic to say the least, but contrary to the popular belief, he wasn’t actually born blind.

When Stevie Wonder was just 6 weeks of age, he was placed in an incubator due to the fact that he was premature. It was in that incubator that he got too much oxygen, effectively destroying a part of his eyes.

The affliction is known as Retinopathy of Prematurity, which means that the growth of the eyes is aborted, causing the retinas to detach. This results in blindness.

In 2004, Stevie Wonder spoke to Oprah Winfrey about his early life, and the fact that he was only a few weeks old when he lost his sight.

“A girl who was born one minute before me actually died. She couldn’t withstand that much oxygen,” Wonder said.

Why is Stevie Wonder blind?Even though it has greatly impacted his life, Wonder doesn’t feel bitter towards the doctor who made the mistake of giving him too much oxygen.

“No. Once when I went to Saginaw, Michigan, and visited the hospital where I was born, there was this big hoopla—they gave me a special award,” Wonder recalled. “I think people were scared I was planning to sue that doctor’s ass. But he didn’t have any intent to harm me.

“I don’t regret what happened because it made me who I am. But I’d love to see.”

Stevie Wonder moved to Detroit, Michigan, when he was only 4 years old, following his parents’ break-up. As with Diana Ross, it was the city where Stevie would start his incredible journey towards becoming a legendary musician.

Early on, Wonder showed a great gift for music. He sang in the church choir in Detroit, and later played his own instruments.

Wonder was gifted a harmonica from an uncle, and he quickly learned to play along to the songs he heard on the radio. He was inspired by the blues, and soon moved onto the drums after receiving a set for Christmas.

Stevie Wonder’s early careerStevie Wonder has never seen anything in his life, at least not anything he can remember. But by age five, he understood that being blind wasn’t something that would stop him from pursuing his dreams.

Sure, it was going to make things harder and more challenging, but nothing is impossible – and he was happy.

When he was just five, Wonder is said to have told his mother: “Don’t worry about me being blind, because I’m happy.” Speaking to Oprah, he explained further.

“I said something like that. It bothered me that my mother was crying all the time. She thought God might be punishing her for something. She lived during a time when things were particularly difficult for a woman in her circumstances,” Stevie Wonder said.

“I used to say that if something happened to my mother, I wanted to die with her. That’s because I loved her so much. I want to live so I can carry out the essence of what she has shown me: kindness and goodness.”

His mother was a very big inspiration for Stevie. Even though he was blind, she taught him to never be ashamed of anything, and to always persevere.

“I just became more curious”Stevie Wonder also told a story of other kids making fun of him when he was young. Instead of letting it get him down, he used it as fuel to help him on life’s path.

“I just became more curious: ‘How can I climb this tree and get an apple for this girl?’ That’s what mattered to me,” Wonder explained.

“We had these woodsheds in the backyard, and we played a game where we’d jump from the top of the woodshed into the alley. Who could jump the farthest? The kids were like, ‘Go, Steve, go!’ but I guess I missed the moment when my brother Larry whispered, ‘Momma’s home.’ So I’m on top of the shed saying, ‘Are you ready? Here we go!’ And I jumped right into my mother’s arms.”

After learning the harmonica and drums, Stevie Wonder soon moved on to the piano. But at first, it wasn’t all great. He explains that people saw him as the blind boy who always made noise and beating on walls or boxes, singing and playing bongos on all hours.

“Obviously, sound was very important to me,” Wonder told Larry King in 2010.

“So, when I was able to, you know, to touch that thing, what’s called a piano, I was curious about it.”

At age 11, Ronnie White of the Motown band The Miracles discovered Stevie. And soon the little boy auditioned before Motown founder and legendary producer and label founder Berry Gordy Jr.

Released first album at age 11Gordy Jr was impressed, and signed the boy to a record deal. In 1962, he was renamed ‘Little Stevie Wonder’ and worked with several songwriters. He released his debut album The Jazz Soul of Little Stevie, which was instrumental, in 1962. He was only 12 years of age when he showed the world his remarkable musicianship. But it was the start of a legendary career which spans to this day.

It was truly amazing to see a little blind boy become a distinguished musician. However, it almost didn’t happen at all.

“It was a difficult point. The people there were excited about me being with them, but the lawyer my mother used was not that impressed with Motown,” Wonder recalled.

“There was some negotiating, and some guy there said to my mom, ‘Let me tell you like this: Stevie can either sign this contract, or he can spend the rest of his life selling pencils.’”

“My mother said, ‘I don’t give a damn what you say. My son will never sell pencils ever in his life.’ And the deal was off. I think Berry Gordy finally talked with my mom about the “misunderstanding,” and they worked it out.”

Just a year after releasing his first album, Stevie Wonder got his first No. 1 with the song Fingertips, Pt. 2. It topped both the R&B and pop charts.

The set’s edited single “Fingertips, Pt. 2” became Wonder’s first No. 1 song, reaching the top of both the R&B and pop charts.

We could talk for hours about all the amazing songs Stevie Wonder has released. Superstition, I Was Made to Love Her, Yesterme Yesteryou Yesterday, My Cherie Amour, For Once In My Life and Sir Duke are just some of the many amazing songs he’s responsible for.

Adding to that, he made a classic version of The Beatles’ song We Can Work It Out, as well as singing a duet with Paul McCartney on Ebony & Ivory.

Stevie Wonder has sold over 100 million albums worldwide throughout his career. He actually became the first and only artist to have won the Grammy Award for Album of The Year, with three consecutive albums. In total, Stevie has won a staggering 25 Grammys – and in 2014, he was rewarded with the Presidential Medal of Freedom by Barack Obama.

It certainly seems like Stevie Wonder loves life even though he’s blind, and doesn’t let his affliction drag him down at all. Instead, he enjoys playing prank on friends.

Speaking on The Kelly Clarkson Show, Wonder’s close friend Lionel Richie recalled the moment when Stevie Wonder tricked him by getting into a car.

Stevie Wonder and Lionel Richie walked out to the car, when Wonder told his friend to get into the passenger seat. Stevie sat in the driver’s side, and then the most unexpected thing happened.

“He cranks the car up, he puts the tape in, right? And then he does this [turns around] and starts driving back down the driveway,” Lionel Richie explained. “And I screamed, ‘Stevie! What are you doing?’ And he said, ‘Ah, got you, didn’t I?’”

Stevie Wonder – moving to GhanaDuring a recent interview with Oprah Winfrey, Stevie Wonder opened up about his future plans. And it involves leaving the US to live in Ghana indefinitely. Wonder explained that it’s a part of his efforts to “shield” his grandchildren and great grandchildren from racial injustices within the US.

“I wanna see this nation smile again,” Stevie Wonder told Oprah, as quoted by People. “And I want to see it before I leave to travel to move to Ghana, because I’m going to do that.”

Stevie Wonder has shown the entire world that being blind doesn’t mean you can’t accomplish things. The legendary musician did something no one had done before – and he is a true role model for so many people.

‘Being blind isn’t a disadvantage’

Even though he has said that he misses all that’s associated with seeing, such as driving his wife and kids around, being blind isn’t something that has made his life less.

Stevie Wonder has given us so much joy and great music over the years. We will always be thankful for all he’s done, and also for what he’s done for people who doesn’t think they can accomplish things because of different disabilities.

Please, share this article on Facebook with family and friends to honor the one and only Stevie Wonder!