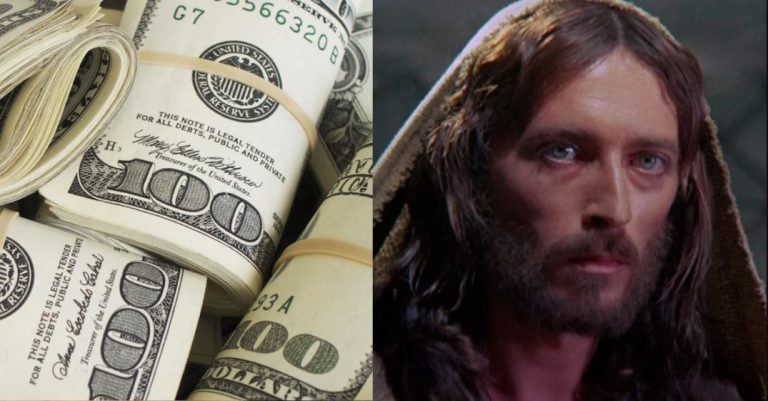 Some people quote the Bible as saying “Money is not the root of all evil” but the Bible actually says, “The love of money is a root of all kinds of evil, for which some have strayed from the faith in their greediness, and pierced themselves through with many sorrows” (I Timothy 6:10).

Money isn’t evil or good. It’s just an object we use to document the trade of goods.

Many believe money is power. But are they saying this because money causes envy and jealousy and that gives you power over them? People with money do have advantages. They say it “takes money to make money”. Maybe money is more like security instead of power. What do you think?

Jesus talked about how money affects people and how to we should use money. Here are five things Jesus said about money while he was on earth:

2. “As Jesus sat near the Temple treasury, he watched the people as they dropped in their money. Many rich men dropped in a lot of money; then a poor widow came along and dropped in two little copper coins, worth about a penny. He called his disciples together and said to them, ‘I tell you that this poor widow put more in the offering box than all the others. For the others put in what they had to spare of their riches; but she, poor as she is, put in all she had—she gave all she had to live on.’” –Mark 12:41-44 (GNTD) Read more.

4. He said to them, ‘Don’t take money from anyone by force or accuse anyone falsely. Be content with your pay.’” –Luke 3:14 (GNTD) Read more.

5. “Do not store up riches for yourselves here on earth, where moths and rust destroy, and robbers break in and steal. Instead, store up riches for yourselves in heaven, where moths and rust cannot destroy, and robbers cannot break in and steal. For your heart will always be where your riches are.” –Matthew 6:19-21 (GNTD) Read more.

6. “No servant can be the slave of two masters; such a slave will hate one and love the other or will be loyal to one and despise the other. You cannot serve both God and money.” –Luke 16:13 (GNTD) Read more.