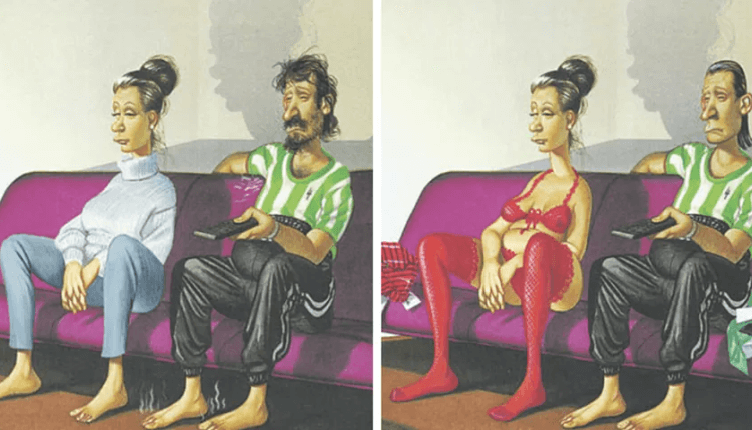 Since we were babies, we’ve been told that the world “just is” a certain way. As we get older, we start to ask ourselves that even though the world “is” like how we were told, should it be?

Polish artist Pawel Kuczynski and Austrian artist Gerhard Haderer have been using their talents to answer that question through their satirical observations of humankind’s habits and obsessions in ways that are not only thought-provoking, 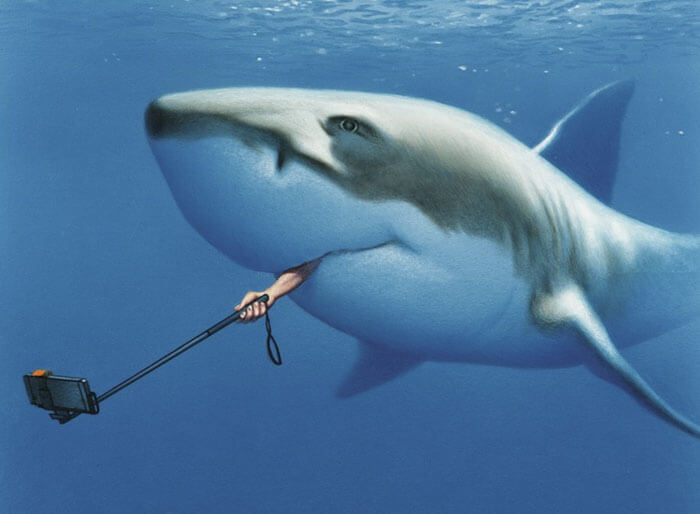 but are also a reminder that we must do better. Take a look at these unbelievably powerful illustrations and ask yourself if you agree or disagree with what the artists are trying to convey. Either way, you will not be able to stop thinking about them for the rest of the day.

When Did We Start Needing Screens For Everything, Including Saying A Prayer? Ah, screens. One of the most controversial topics out there, and by the angle of this picture, 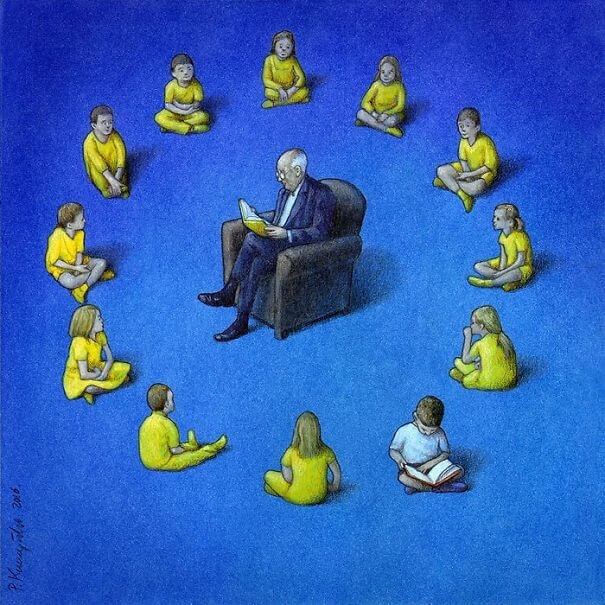 we’re guessing that Kuczynski is not too impressed with where we’re headed. The sad illustration depicts a family supposedly saying a prayer while reading it from their individual screens.

The tragic reality of exponentially increasing inequality. This is a very powerful and clear reminder of the inequality that constitutes our world. While some people have everything, or at least never have to worry about the next meal, others are not so lucky. 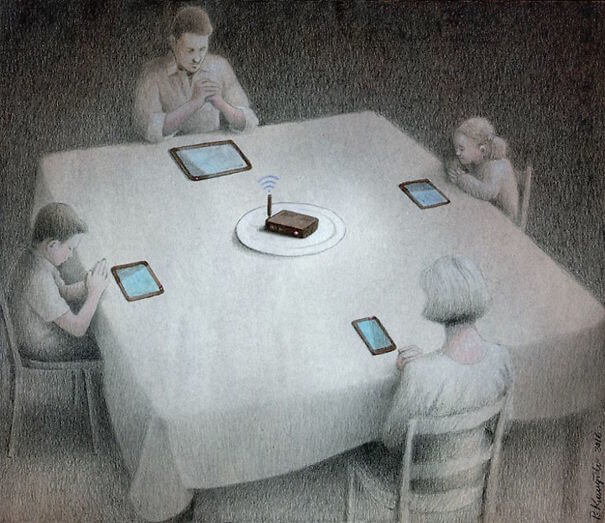 The Spirit Of Baking Christmas Cookies Has Been Replaced By Screen Time. This is a hard one because it strikes as a bit of an exaggeration for something that could be debatable for parents. 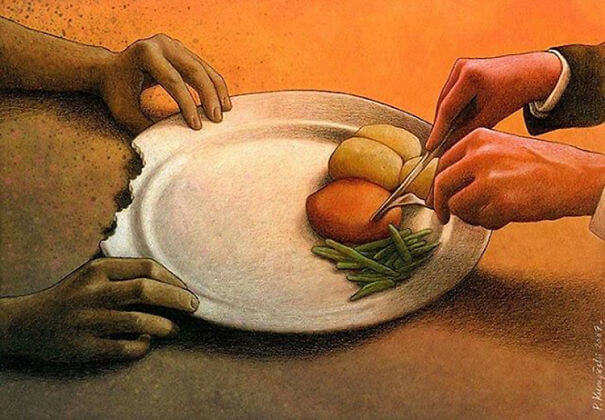 When Taking The Perfect Selfie Has Become More Important Than Staying Alive. The picture strikes us as an exaggerated reference to the fact that people have completely lost it, with the selfie situation. Someone decided to take a selfie with a shark, just before being eaten by it.