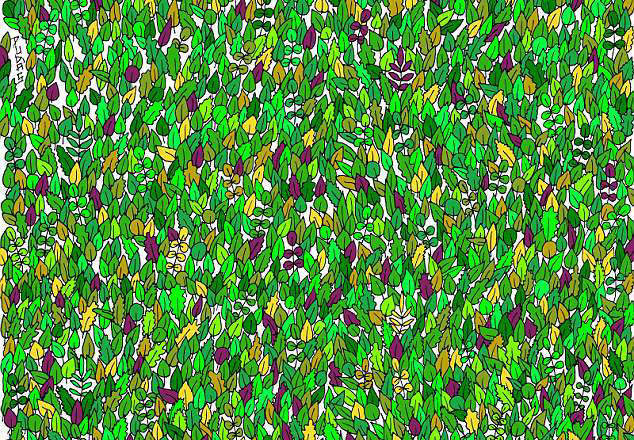 Internet artist Gergely Dudás is back to infuriate his fans with more mind-boggling puzzles. Dudolf, as he is known to his fans, shared a new brainteaser on Facebook on Tuesday, asking users to find the frog among the leaves. There are lots of dark green and purple jungle plants in the busy scene,

and it’s hard to see amphibians lurking in them. Over 2000 fans have tried to find the frog, but can you find it The eagle-eye player should be able to see the creature in the lower right corner of the image, but if you can’t, you shouldn’t feel oppressed! 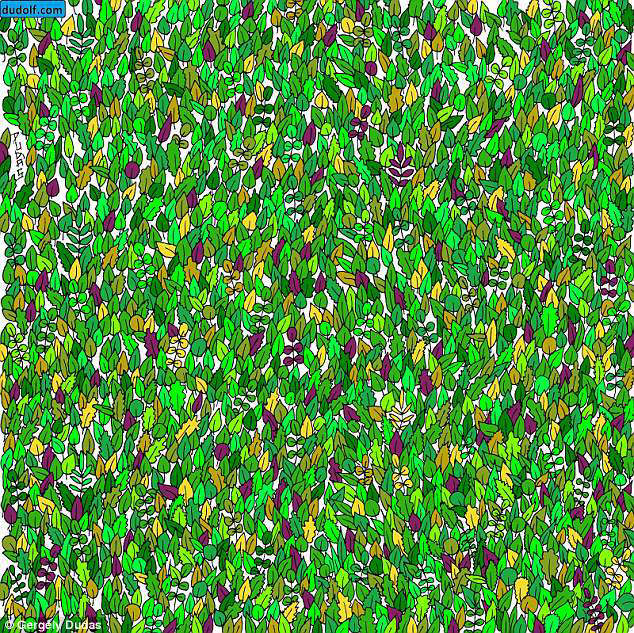 Many have described the puzzle as Dudolf’s ‘hardest yet’ in comments on Facebook, admitting it took them up to ten minutes to find the frog. One fan wrote: ‘This was probably the hardest one for me, but I found him!’

Another agreed to add: “This one took me like 10 times longer than the others, the frog is so small, so well hidden! Kudos!” The Hungarian cartoonist is behind some of the internet’s best-loved visual puzzles. 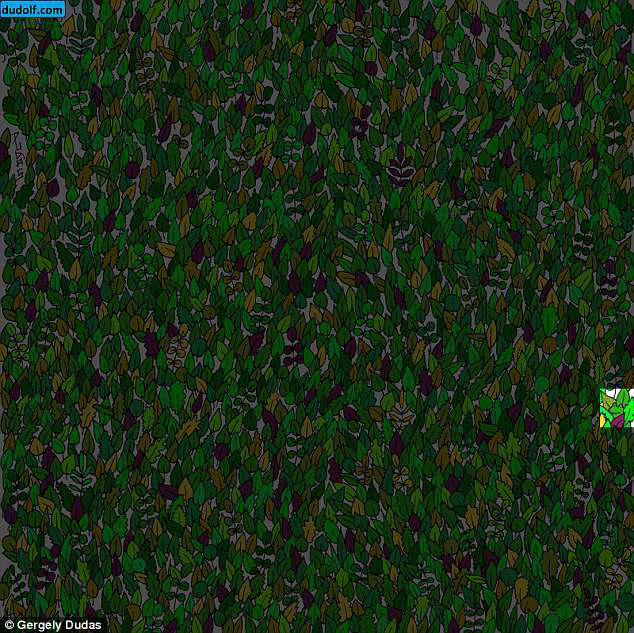 In May he challenged users to spot a single lollipop among dozens of ice creams. A number of people claimed they found the lollipop quickly but enjoyed the puzzle. 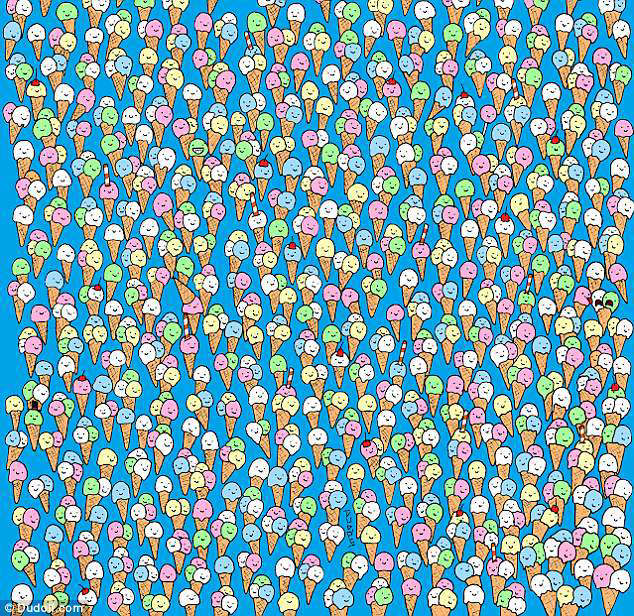 One person said: ‘Took 2 seconds to find the lollipop but spent 3mins laughing at the horrified 2 cones and the one licking them’ Another wrote: ‘The green ice cream near the left top corner and with a big smiley face has caught my attention…I can’t take my eyes from it to spot the lollipop’

Dudas became an online sensation after his deceptively difficult seek-and-find puzzle featuring a panda hidden among a group of snowmen swept the internet in December 2015. 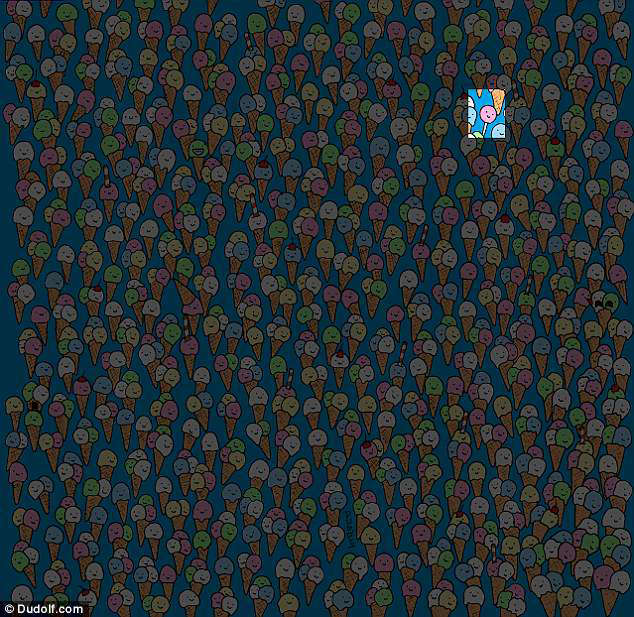 He now produces puzzles for most major holidays – and delights followers by posting random editions throughout the year. At Christmas Dudas released a new book, Bear’s Merry Book of Hidden Things,

which uses colorful illustrations and seek-and-find puzzles to tell the story of a bear getting ready for a Christmas party. While the title is aimed at children, the puzzles are tricky enough that they will keep parents entertained, too.