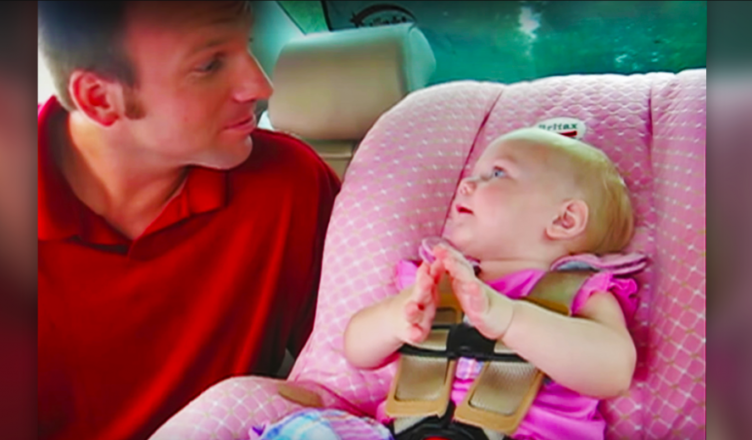 A baby’s first words are one of those adorable (hopefully!) memories that parents will forever cherish. Babies may begin communicating words such as “mama” and “dada” as early as 7 months old. Of course, that’s not always the case as it’s perfectly normal for babies to not say anything recognizable until about 18 months!

Still, I believe parents eagerly await the day when their children begin having sweet and innocent conversations with them. I know some parents who are overly optimistic and believe their child should be speaking by three months. I believe they should be a little more patient and even enjoy the peace and quiet. The period preceding your baby’s first words is analogous to the calm before the storm. Believe me!

Until the day they do talk though, babies will happily discover their ability to make unintelligible noises. Something to think about though is that babies will take language cues from their surroundings and try to mimic them as they learn how to communicate. So indeed, we can influence the noises that our babies make, sometimes with hilariously unexpected results. What do I mean? Tune in below to understand what I’m talking about. 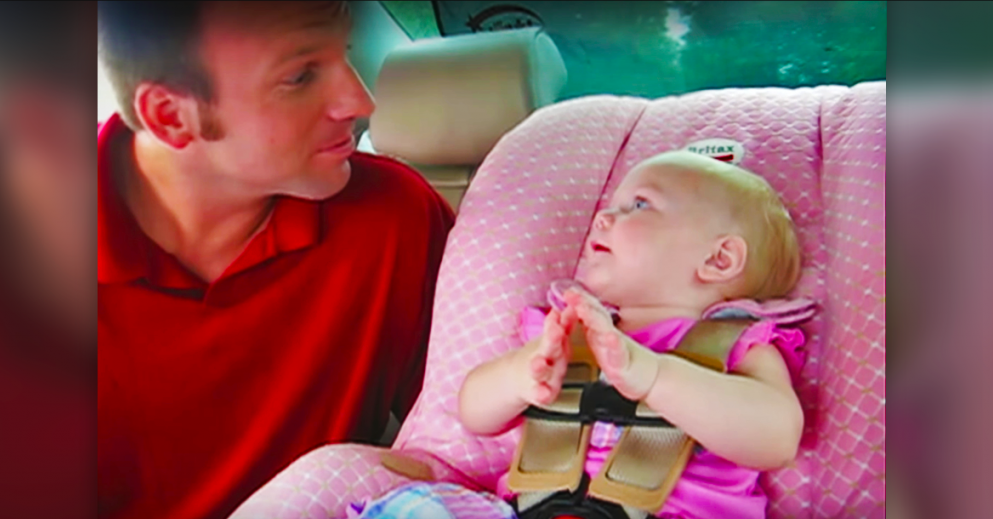 A video has gone viral of a little girl sitting in a car with her dad. The chatty girl may not be able to form actual words yet but that’s not stopping her from trying to have an immersive conversation with Dad. At times, it even sounds like dad may be in some trouble because it sounds like she’s giving him an earful!

Dad pays close attention to what is clearly an important message, but it sounds like a strange alien language. He tries hard to keep a straight face, but it doesn’t take long before he bursts out laughing. But who could blame him? One has to wonder who inspired this young lady to come up with such amusing diction!

Do you have any funny stories of your children or grandchildren speaking in gibberish? What did you make of that conversation? We’d love to hear about these encounters in the comments!

In the meantime, watch the hilarious video below. Let us know what you think and brighten someone’s day by sharing this story with your family and friends. I can guarantee that everyone can relate to this, and it’ll put a smile on everyone’s face!