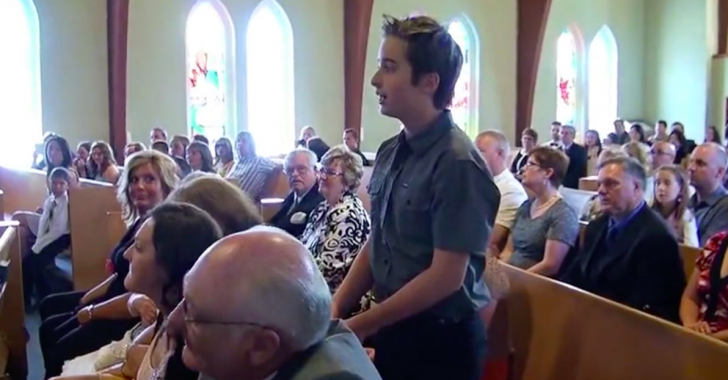 People make a concerted effort to make their wedding days as memorable as possible. Not only do they want it to be memorable for themselves, the two individuals who will vow to spending the rest of their lives with each other in front of their entire family and friends, but some people also want their guests to be engaged. It may be as simple as having your niece serve as your flower girl, or it could be more dramatic, as shown in the video below.

There’s nothing like a little additional glitz to add to a big, glitzy day! And when a concept is as creative and considerate as this, you know these two are head over heels in love and committed to one other for the long haul. Rick and Shanno were blown away by the well-executed trick!

In Niagara Falls, Ontario, Canada, 15 kids from the local music school named The Music Depot, planned a flash mob that no one saw coming! It was at the St. John’s Church where this extra jazzy ceremony took place. Sitting amongst 130 friends and family, these kids patiently sat, waiting for their cue. Behind the scenes, some of the kids were outside with guitars in hand, waiting for their peers to get started, and when they did, everything just fell in place, perfectly! 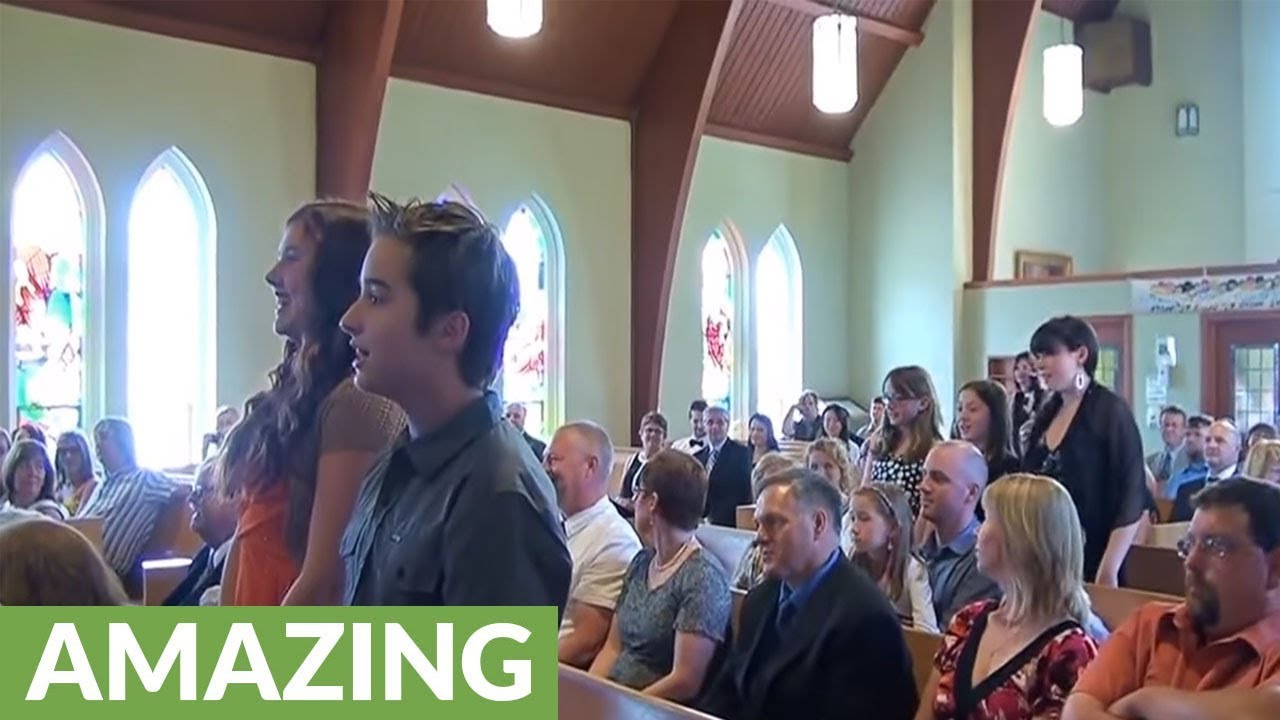 Right after the bride walked up, when there was a perfect pause in the ceremony, one of the boys stood up and sang in tune to the song, “Chapel of Love.” He doesn’t miss his mark, hitting that note and running with it! At this point, the attendees are confused, but his voice is so good and it’s such an appropriate song, no one says anything, except for tossing a few looks.

His solo performance is off to a great start, and then another kid stands up! It’s the girl in red sitting beside him, who chimes in and sings with him. Seconds later, three more pop up behind them! Now, the audience is snickering a little bit, clueing into the impromptu performance! And it gets even better when the other half of the group walks in harmonizing, and with guitars. What a great surprise performance put on for such a beautiful occasion.

Wouldn’t you love a surprise like this one on your big day? I know, for a fact, that I would!

Click below to see this stunt roll out to perfection!