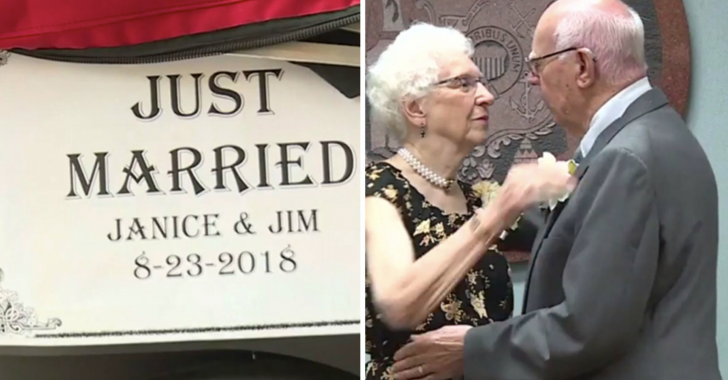 You never know what the upcoming life has prepared for you. Just when you think you have made up your mind and are determined to move in one direction, a new path will lead you to a place you never dreamed of! It is rarely a straight line. Life is so crazy and wonderful, with its own characteristics, twists and turns.

With all the possibilities brought about by longevity, including pain and happiness, sadness and happiness, this story has come a long, long way, and today it has a happy destination! Jim and Janis Catlin from Wisconsin, USA has a very unique love story. Although it has only become very serious not long ago, it is a story they have been creating all their lives! 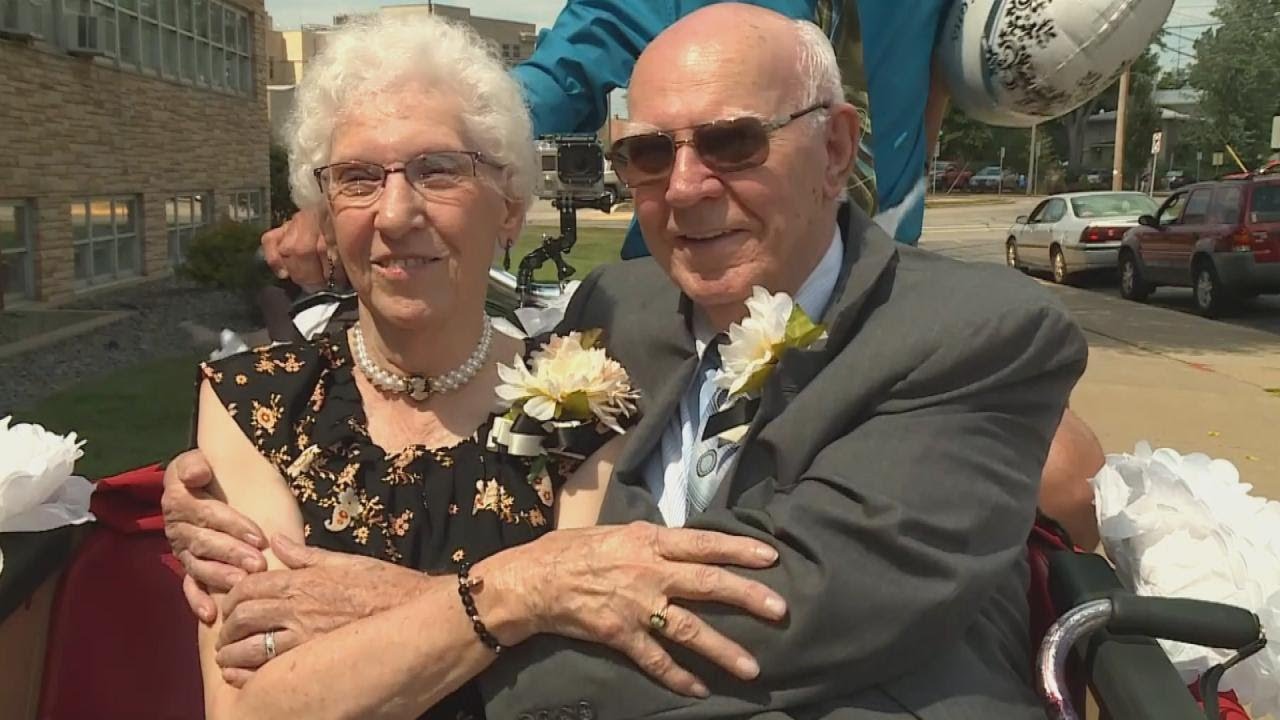 The newlyweds first met each other decades ago back in 1947 when they used to live in the same neighborhood and ride the school bus together! Granted, this was just over 70 years ago, so not surprisingly, the two lost contact, each living their own lives. It was when they recently reconnected a year before tying the knot, the two became inseparable. There was a connection that sparked between them, and the more time they spent together, it became undeniable.

It all started when Janis, 86, discovered that Jim, 88, lived in his same house, not very far from where she lives! There were other coincidences too, but it was this proximity that really brought them together, and helped foster their relationship. Janis says, “I found out not too long ago that we have lived in the same house, and all these things were coincidental. 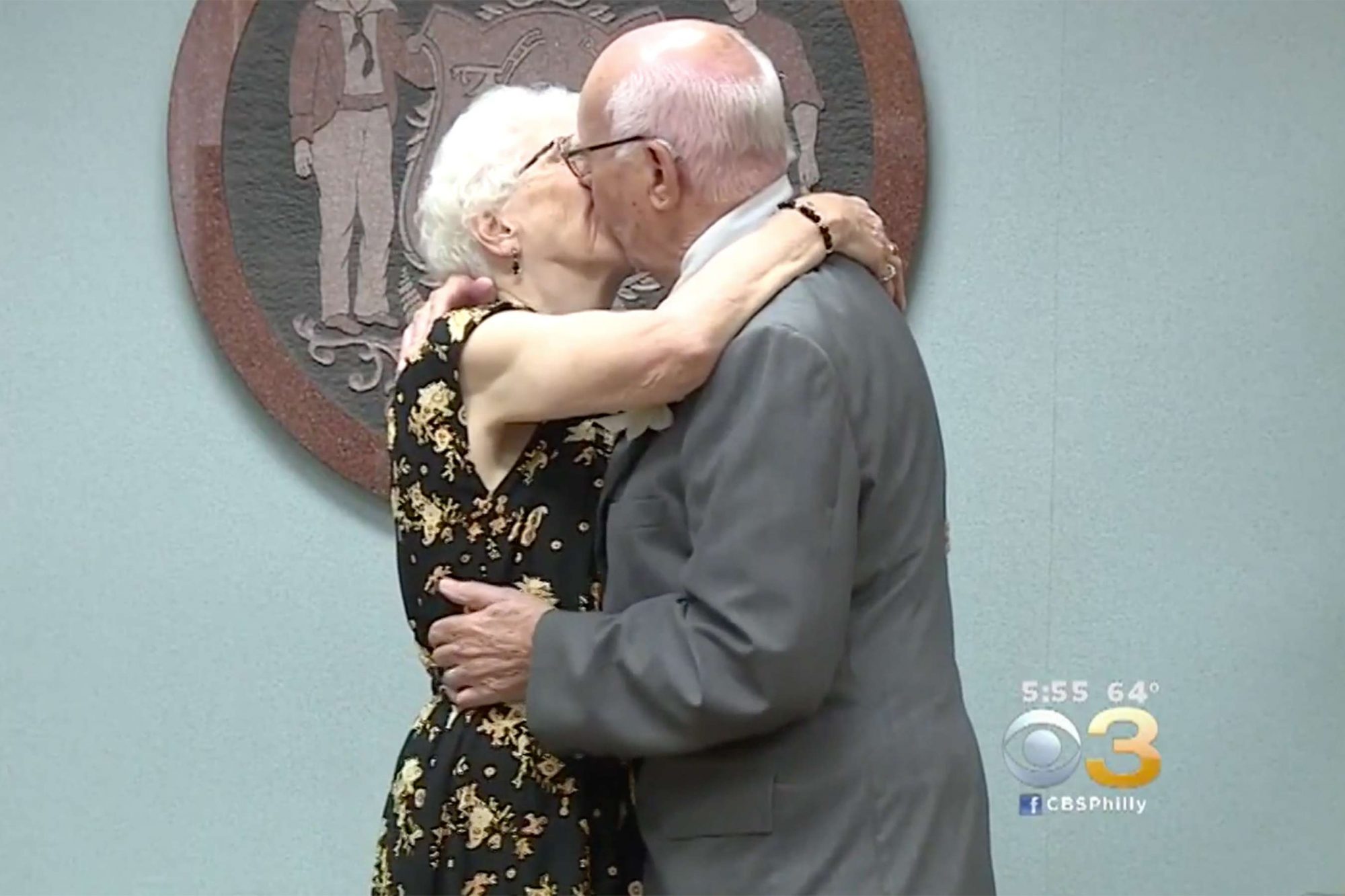 I knew him right away when I first saw him.” This sparked an immediate connection, and the two seniors became boyfriend and girlfriend, making time for each other to date frequently and get to know each other all over again. They admit they’ve seen each other nearly every day for the past year leading up to their wedding!

The wedding was simply beautiful. They even joked with the justice of the peace at the local courthouse when he asked the groom, “Are you nervous Jim?” and he said, “I feel 21!” before sharing their vows, and sharing a really, really long kiss. They definitely still have passion!

The couple headed off in a celebratory chariot and went out to have pizza with the family. Janis says the secret to their love is that her new husband is “a very calm man and he’s very loving and that’s why I love him because he loves me.” And, he says that his favorite thing is, “…just her.” These two waited a very, very long time, and now they’re set!

Click below to watch love win again, and prove it can still be found regardless of age!
Source: Little Things