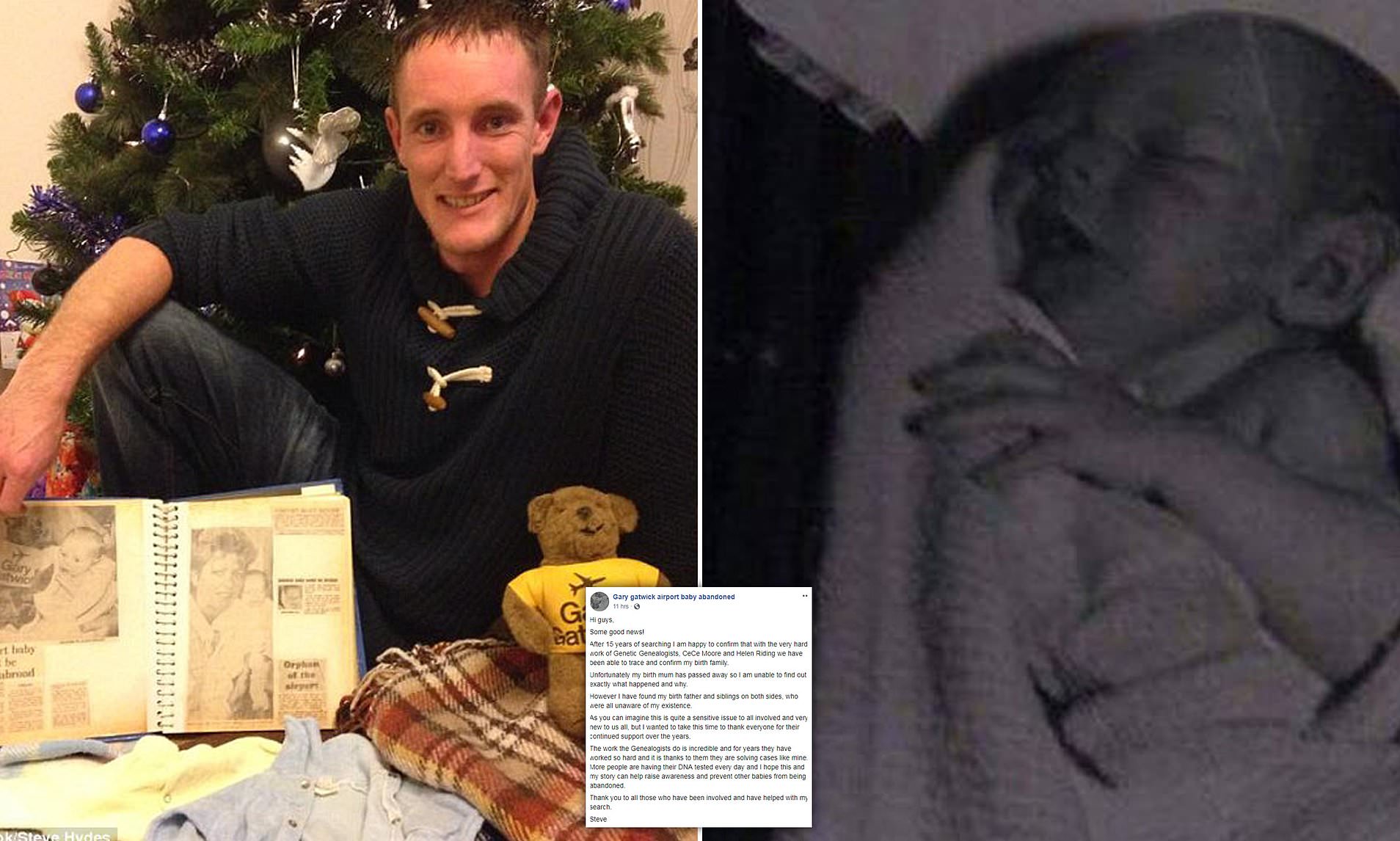 Knowing you were abandoned as a child can raise a lot of questions in your mind. You might be curious about who your parents are and why they chose to abandon you in this manner.

Some information on orphaned children. Every year, millions of children are abandoned. There were around 143 million orphaned and abandoned children in underdeveloped nations in 2004, according to estimates. This is a huge quantity, and even affluent countries like the United States are not immune to the problem.

He re-establishes contact with his parents. In 1986, a man named Steve Hydes was allegedly abandoned at Gatwick Airport while he was still a newborn. He was able to obtain some facts about his family 33 years later.

While posting about his story on social media, Steve said he had been able to track down his birth parents with the help of genealogists. He was only ten days old when a duty-free sales assistant, Beryl Wight, found him in a toilet at the airport wrapped in a tartan shawl.

For 15 years, Steve tried very hard to find his parents. He granted interviews in newspapers and was even featured in documentaries. His goal was to meet his birth father and mother, as he wanted to learn more about his history.

The father of two said he was fostered before eventually being adopted. He had no grudges against his birth parents. All he wanted was to know about his past and share this heritage with his own kids. Thanks to genetic genealogists CeCe Moore and Helen Riding, Steve was finally able to trace and confirm his family. Sadly, his mom has passed away but he was able to find his birth father and his siblings.

How to help an abandoned kid thrive. Abandoned children may sometimes be tough to deal with, but there are some things you can do to help them. One thing to remember is that abandoned kids may have difficulty trusting people so you must be patient and empathetic. Even though they might find it difficult to verbalize their feelings and their needs, they still need to know you are on their side. Thus, your unwavering support is crucial. Keep in mind that some situations might require professional intervention, so don’t hesitate to seek help if things become too tough.

Helping a child through the pain of abandonment won’t always be easy but, with time and unconditional love, they can thrive and grow into healthy adults.