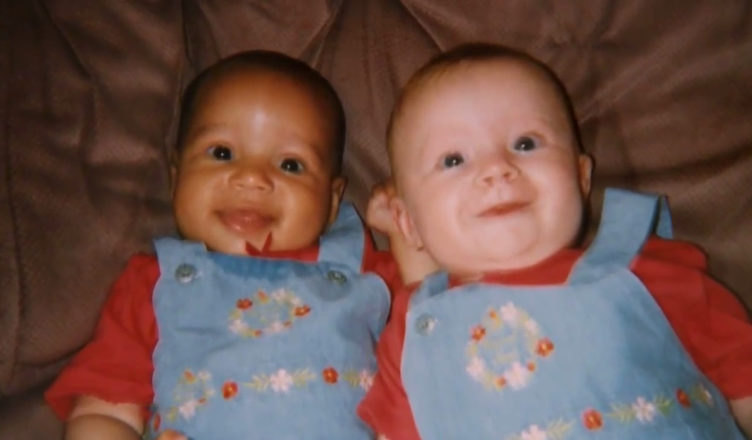 Maria and Lucy Aylmer’s parents learned they were expecting twins in 1996, but nothing could have prepared them for the surprise in the delivery room. Because, while the Aylmers were aware that their twins would not be identical, they had no idea how different the girls would look.

After all, how often do parents give birth to twins who are of a different complexion tone than they are? Many people wondered what the girls would look like as they got older because of their appearance at birth. That’s understandable, given that something like this doesn’t happen on a daily basis. 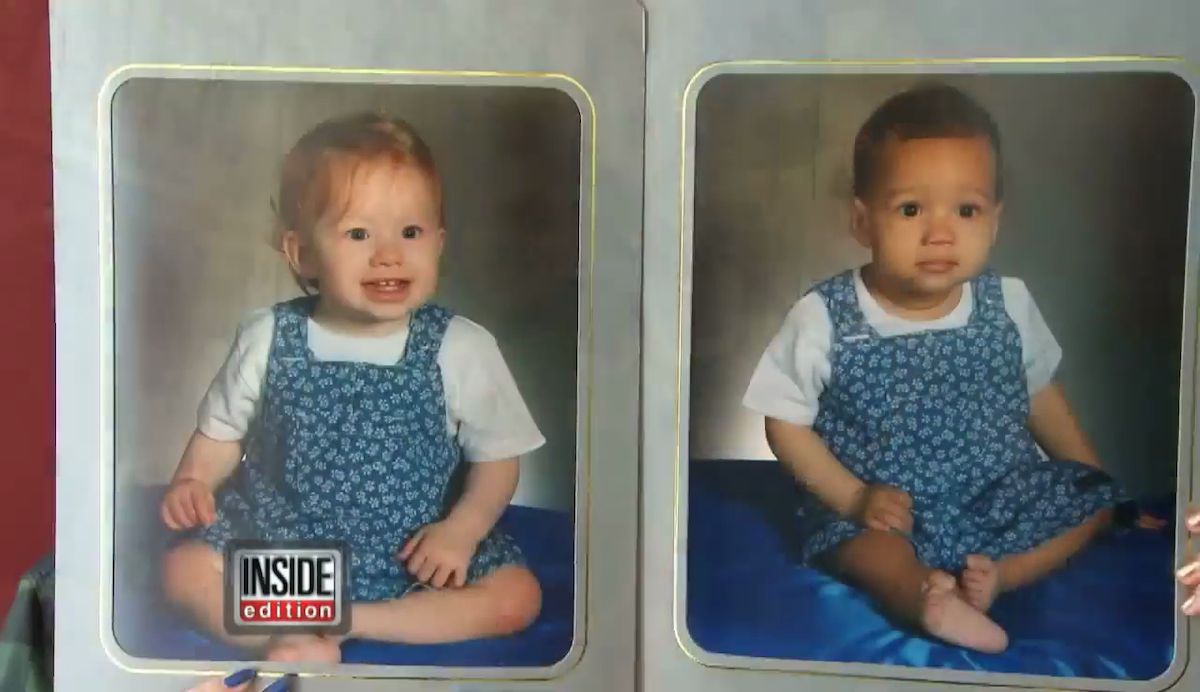 In this case, Maria and Lucy Aylmer were born on 16 January 1997. They have the same mum and dad and are most definitely twins. But their mother was shocked when the twins were handed to her in the delivery room. Yes, her baby girls couldn’t have looked less alike.

”Nevertheless, her mother dressed the girls in the same outfits over and over again during their young lives. Of course, this did nothing to hide the difference in their appearance. The two girls did not look like sisters, let alone twins. In fact, as they grew up, the girls struggled to convince people that they were sisters at all! 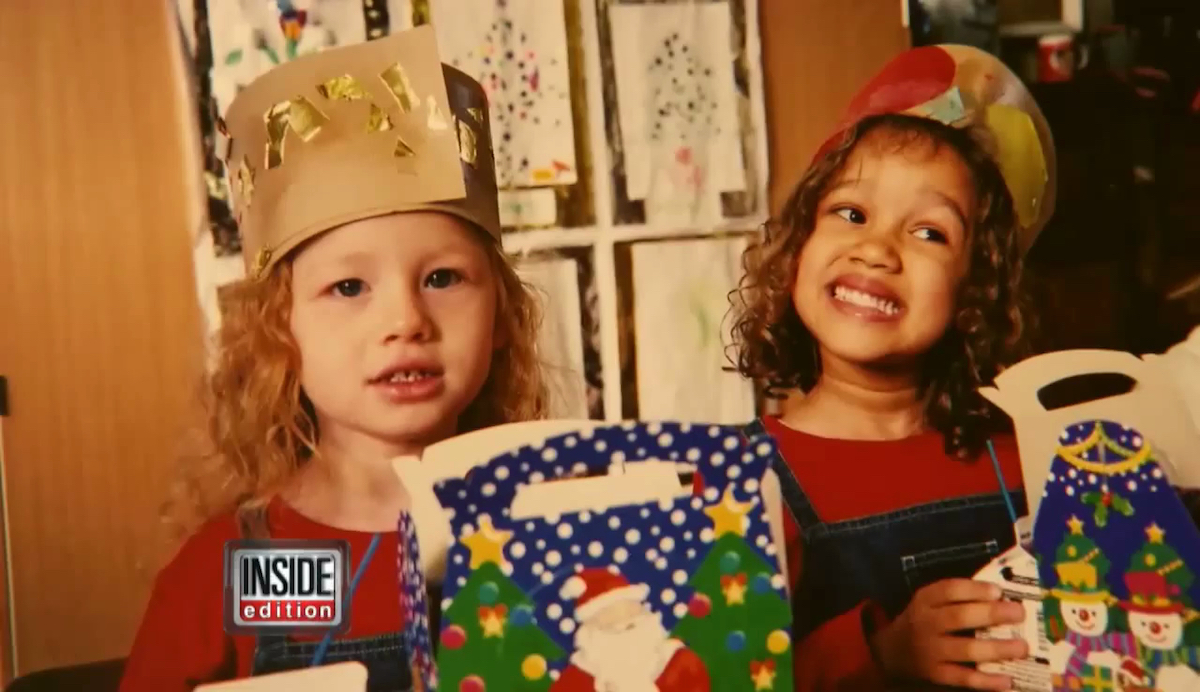 The girls’ mother, Donna Douglas, a 49-year-old warehouse worker, is of mixed race with Jamaican heritage. Their father, Vince Aylmer, a 55-year-old scaffolder, is white. The girls also have three older siblings with completely different skin colours. So here is the science part.

As fraternal twins, Lucy and Maria were born from separate eggs. This means that they did not necessarily inherit the same genes. Because of her mother’s mixed-race ancestry, she has genes for both Afro-Caribbean and white skin. So the womb would become a skin colour lottery for the twins.

The twins’ older brothers, George, 25, and Jordan, 23, and their older sister, Chynna, 24, all have a light brown skin tone. Maria and Lucy are the opposite of their siblings: Lucy has a very fair complexion, Maria’s skin has a darker tone. 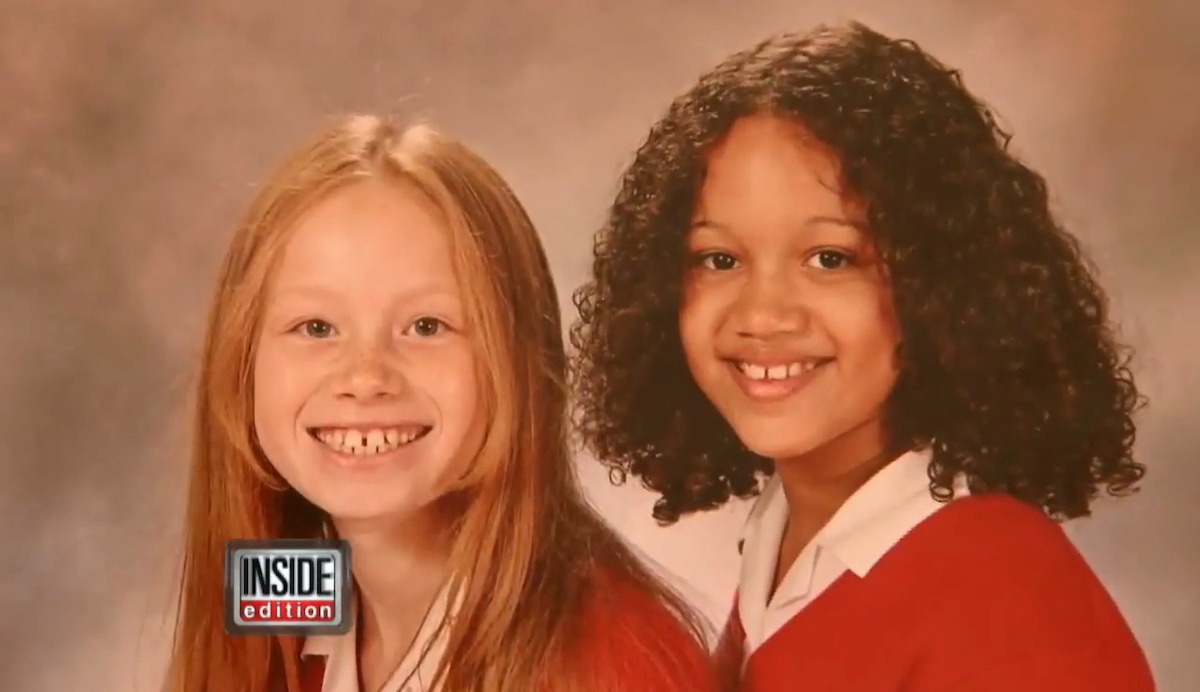 “Our siblings have a skin that is between Mary and me,” Lucy explains. We’re on opposing sides of the spectrum, while they’re all in the middle. But, like myself, my grandma has a very fair English pink complexion.” The girls’ variances aren’t limited to their skin tones.

Lucy, for example, has blue eyes, whilst Maria has brown eyes. Maria’s hair is a tangle of thick black curls, while Lucy is a redhead who loves to straighten her natural curls. Their personalities are also drastically different. 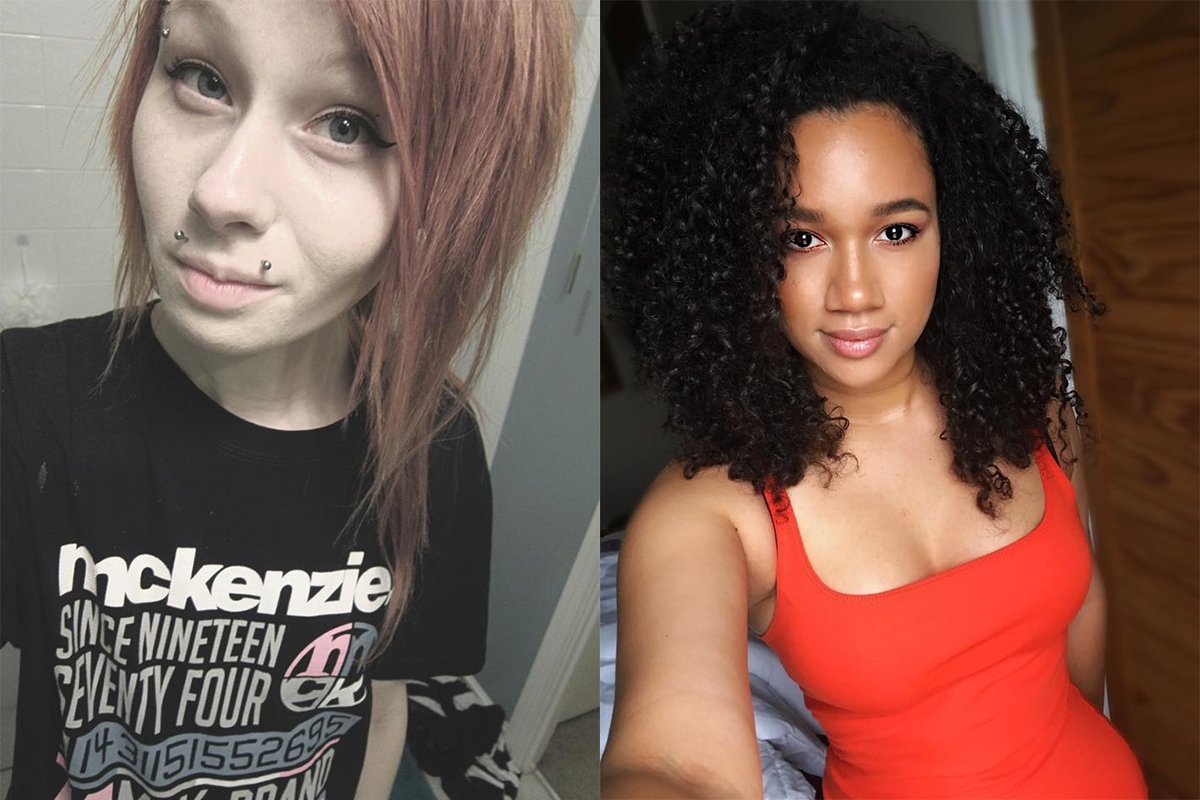 Maria is much more outgoing and confident than her sister. “I love meeting people,” Maria told Inside Edition. “I’m not afraid to approach people.” “I, on the other hand, am,” Lucy admitted. “I’m terrified of walking up to random strangers.” And the differences don’t end there. 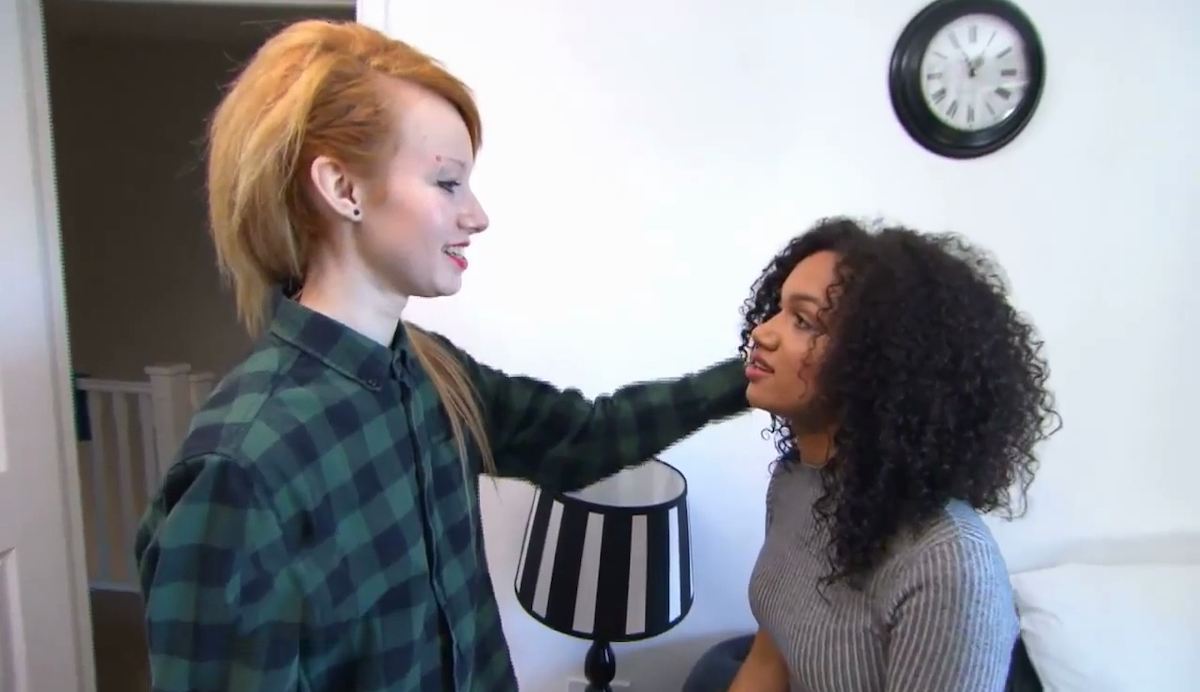 To add to the confusion, the girls’ style choices couldn’t be less similar. Maria, for example, loves to dress up and chooses tailored clothes and an elegant look. Lucy, at the other end of the scale, prefers more casual clothes. 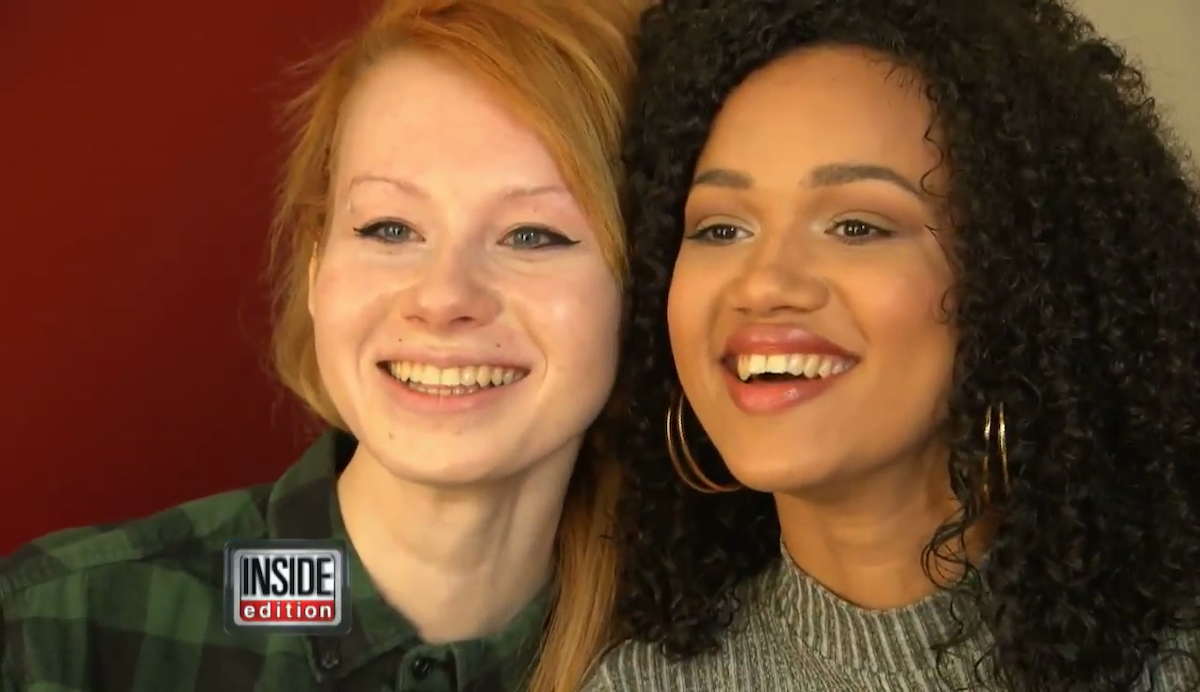 So while many twins can play tricks on children and teachers at school, Lucy and Maria have never been able to fool their classmates. Lucy told the Daily Mail: “We were in the same class but no one had a problem telling us apart. Twins have been known to swap identities, but Maria and I could never have done anything like that.”