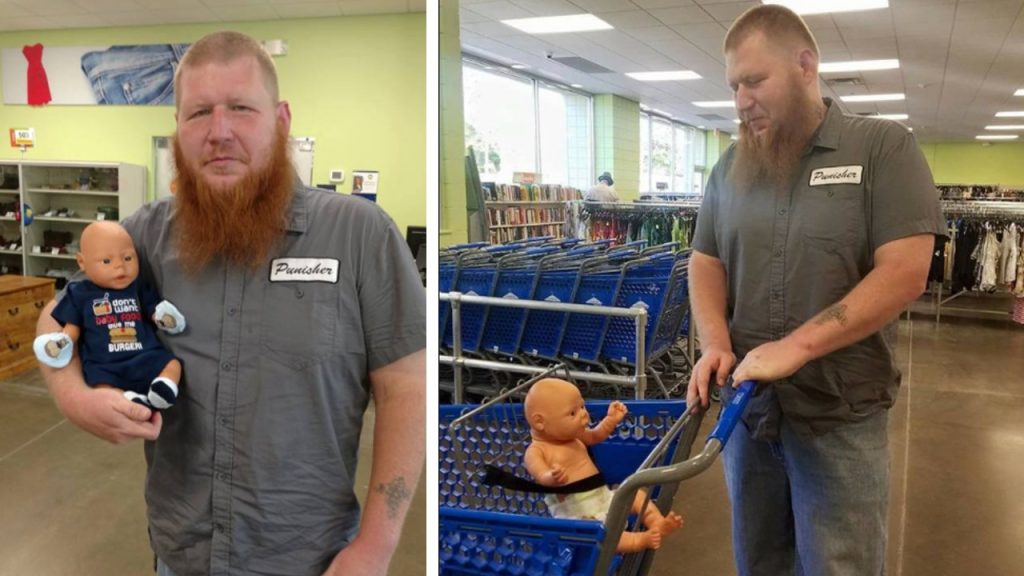 Parents know how important it is to keep their promises to their children. One Indiana dad named Keenan Watkins was preparing dinner for his two children, Ash and Aayla, when his 9-year-old daughter asked him, “Daddy Poo, will you take Davey with you tomorrow, everywhere you go?”, to which he absent-mindedly agreed.

Keenan recognized what he had just agreed to after hearing a shout of surprise and excitement in his daughter’s voice, and that he would have to fulfill his promise. Keenan assisted the kids in getting ready for school the next morning. “Don’t forget to go fetch Davey’s clothing, Daddy!” Aayla turned to him as she walked down the driveway towards the bus! 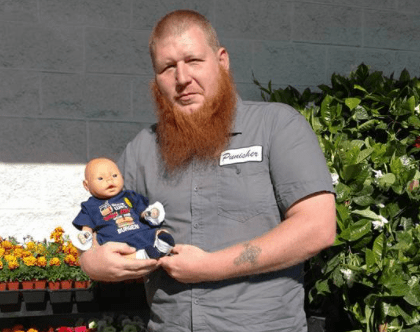 Despite his “ugly” appearance, Aayla regards Davey as her own son, making him Keenan’s grandson. He got in his car and drove to Goodwill with Davey in the car seat to keep him safe. Keenan didn’t mind being a tough-looking bearded man wearing a “Punisher” name patch on his shirt and carrying a baby doll inside Goodwill.

He ended up getting two new outfits for Davey. Keenan interacted with some people during that day. This includes a sales staff who pointed him to the baby clothes aisle, an employee who snapped some photos of him and posted them on Facebook, and a little girl who couldn’t seem to think why a big guy has a perfectly good doll that she could be playing with. 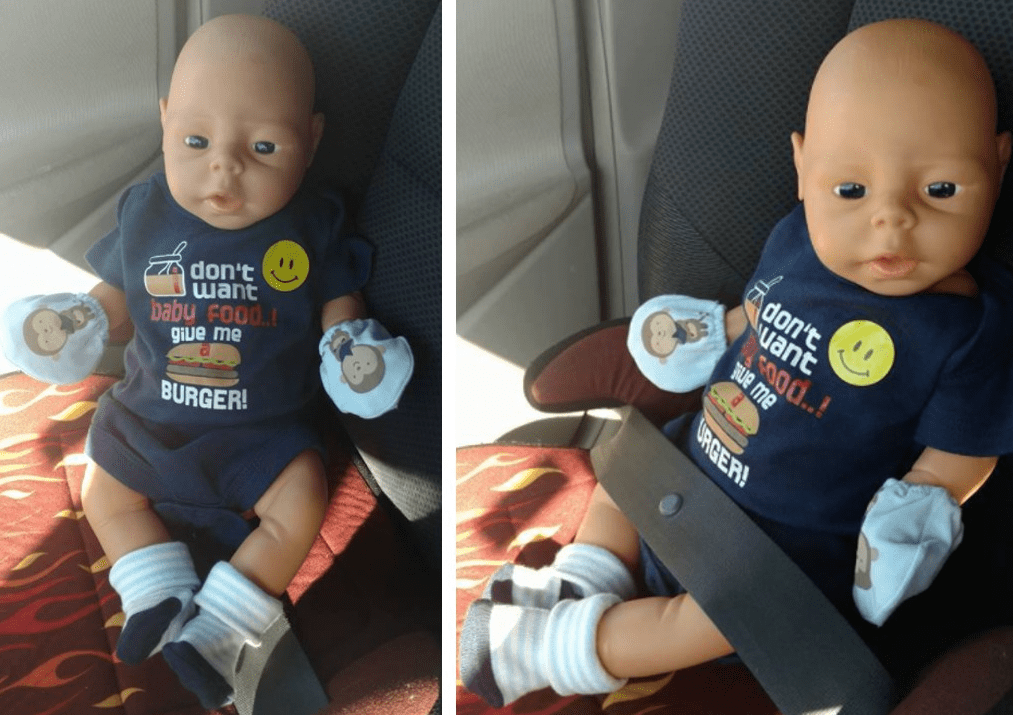 Upon his daughter’s request, Keenan snapped photos of him with Davey from their ride in the car, their trip around Goodwill, and Davey wearing his new clothes. Keenan is a perfect example of how every father should be towards his kids – a cool dad who is true to his word and would do anything to make his child happy.