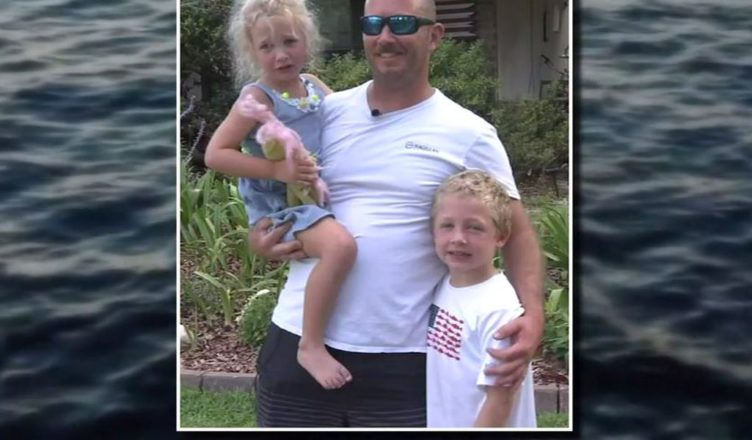 A 7-year-old boy is praised after he swam for an hour to shore to call for help for his father and little sister who got caught in a powerful current during a trip on Florida’s St. John’s river!

The boy’s father, Steven Proust, said that he was fishing on an anchored boat at the river while his son Chase and 4-year-old daughter Abigail were playing Chase reported that the current was too strong and his sister could not hold onto the boat, so he had to jump off to save her. Abigail was luckily wearing a life jacket. The 7-year-old told Jax 4 TV: “I felt really scared.” After their father went in the water to get her, Chase started swimming toward the shore to get help. He said: “I told them I loved him because I wasn’t sure what’s going to happen,” the father said.

“I tried to stick with both of them. I wore myself out. She drifted away from me.” Despite having difficulty swimming against the current, Chase carried on until he made it to the shore. Chase explained:

“The current was going the opposite way of going to the boat and the shore so it was very hard to swim that way.” It took about an hour for Chase to reach the shore, and as soon as he made it, he ran to a restaurant nearby and called for help.

Steven and Abigail were found about a mile away from the boat by rescuers. According to Steven, who spoke to reporters, “I cried for aid at the top of my lungs while waving my arms, and someone did hear us. Little man made it to the shore and received assistance, which is what saved our lives.”

According to Eric Prosswimmer, a firefighter who aided in the family’s rescue, the boy and his father were not required to wear life vests because the legislation only applies to children under the age of six on boats less than 26 feet long.