‘He rebuilt me. He believed in me, just as I was. No conditions. No numbers. No sizes. All soul.’Who was that man? 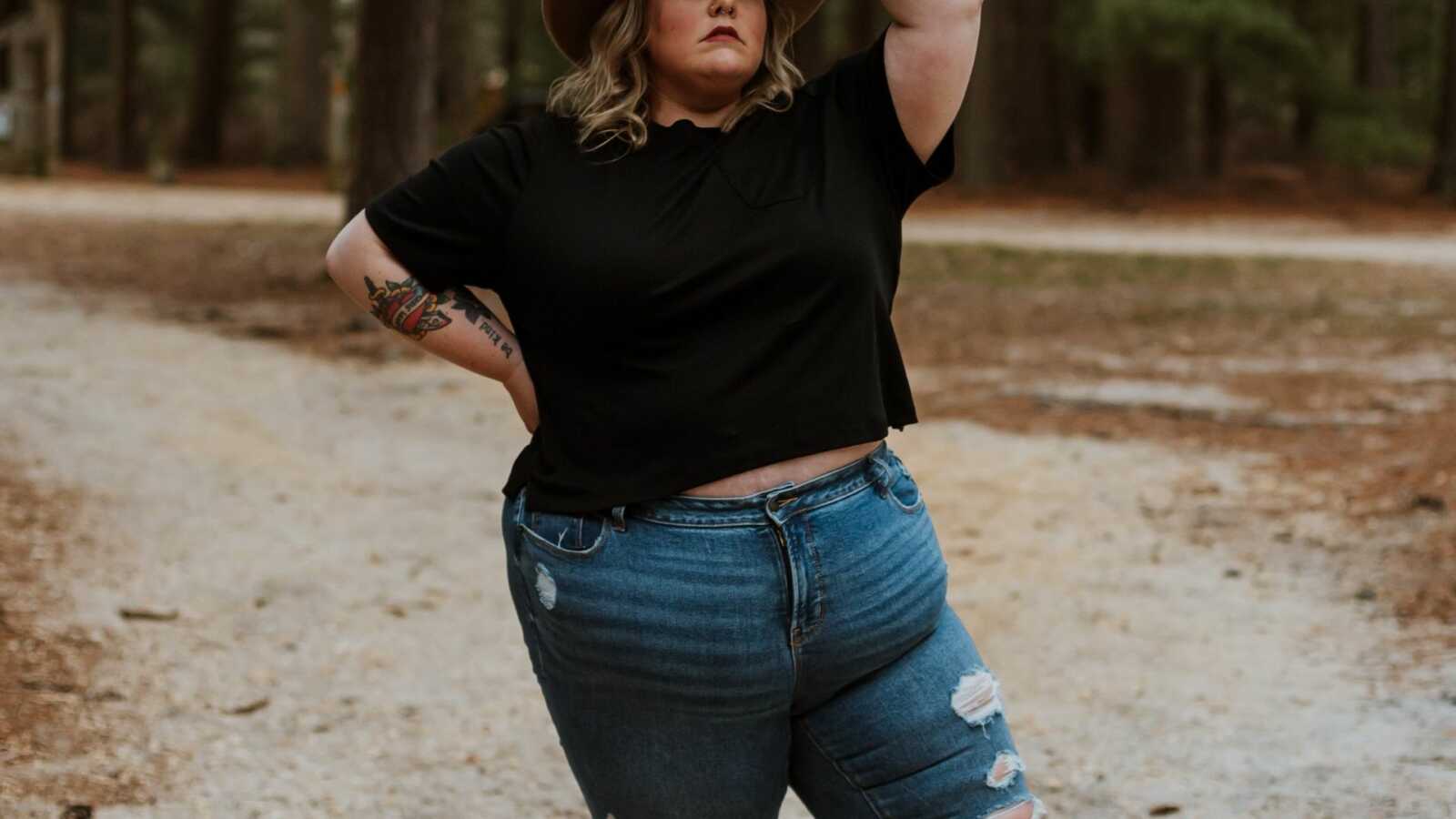 “Everyone deserves a Jesse. Everyone deserves that one person who can undo every doubt and harsh word that was ever sent their way. And yeah, it’s so easy to say that we must be the builders of our own self-worth. So easy. But I promise you this: when someone believes in you, when someone destroys the societal conditioning that was placed upon you and the unhealthy ideologies that mold your character, believing in your own self will become a hell of a lot easier. You need a team of believers. A team can even be one person if they’re strong enough to be.

Consider this: why do we feel bad about ourselves in the first place? Because we’re the ones who are slammed and subjected to ludicrous comparisons. The erroneous standard of beauty is given to us. We are repeatedly advised that losing weight is easier on the eyes. We are constantly bombarded with this message. When you lose 20, 30, 40, 50, or 100 pounds, do you ever notice how others praise you? When you acquire those same pounds, how do people judge you?

We fall victim to this belief of thin being the only thing in and bigger being everything you should never want to be. And then we are consumed with a strong distaste for ourselves if we don’t fit the glorified image. When you hear something, over and over, you believe it. Good or bad. Self-harming or self-serving. You believe it. Let’s change what we believe. Please. Take it from someone who told me a better way. A soul-saving way! 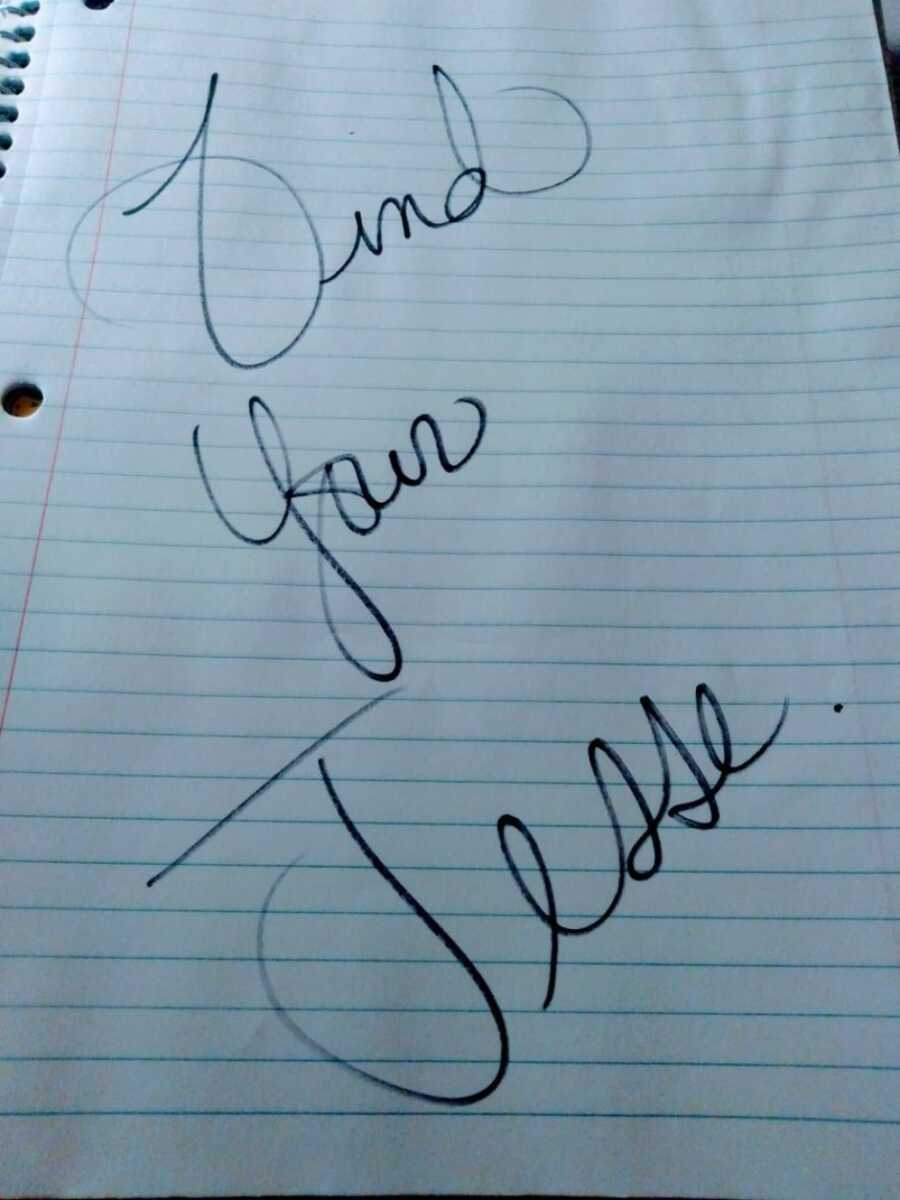 Do I still feel the sting of unkind or unsupportive words? Absolutely. But they don’t define me like they used to. They don’t make me hate myself. Do I still get self-conscious? I do. I’m not perfect at it. But I can honestly say that I don’t hate myself. I don’t hate my body. I feel worth as a human. A worth so strong. And I owe it to someone.

See, someone came along and made me believe something different. He wrote and read my new narrative to me. The first one to hand me my answer, instead of me trying to fight to find it all by myself, as I had for years, unsuccessfully.

Of course, there were those who sprinkled in a similar truth here and there. But not in the same manner that Jesse did. It had never had the same effect on me as it had on Jesse. It never had the same impact on me as when Jesse delivered it. Part of it could be because we didn’t fit in with society’s expectations. That means whatever the hell it means.

But he was muscular and toned, and I wasn’t. But it wasn’t just that. It was the way he accepted me. The way he built me up. Honestly, he did more than build me up. There wasn’t much to build from. He undid my broken first and built me from scratch.

I was so incredibly broken from guys in my past, family members, friends, strangers, co-workers, customers, and society. I was destroyed. He rebuilt me. He gave me my life back. All because he believed in me, just as I was. No conditions. No stipulations. No numbers. No sizes. All soul. All mother f—— soul. He saw my soul. He fed my soul. And he let my soul blossom, for years to come… and I know for the rest of my life.

I sit here, over two years after meeting Jesse, and the impact never left. It’s actually stronger than ever. So strong that I had to write about it. So strong that just the other day someone reminded me that my weight was too much and it needed to be hidden, and that comment got to me for a second, but it was Jesse who popped right in my head and squashed that bad day before it became a bad week and a character ‘defect’ that only kept me down. The world can get me. The world will get me. But he’ll keep getting me back up. Always. One impact can last for the rest of your life.

I hope you can know what I know, in some form, and if not on your own then vicariously through me. If you can’t find the Jesse of your world, at least know that they exist. And because of one person’s healthy idea of beauty, it’s proof that your body does exist in a beautiful form, despite the number it is assigned.

The hot guy liked the girl who much of society deemed as needing to lose mega weight. He dug her. And with him, she felt so much hotter and so worthy. Oh so worthy. Without him, she feels so much hotter. And oh so worthy. Because of him, she’ll always feel worthy. Stop allowing the lies to outweigh the truths. Allow my story to show you differently.

Find your Jesse. Or at least trust the words from the one I found.”