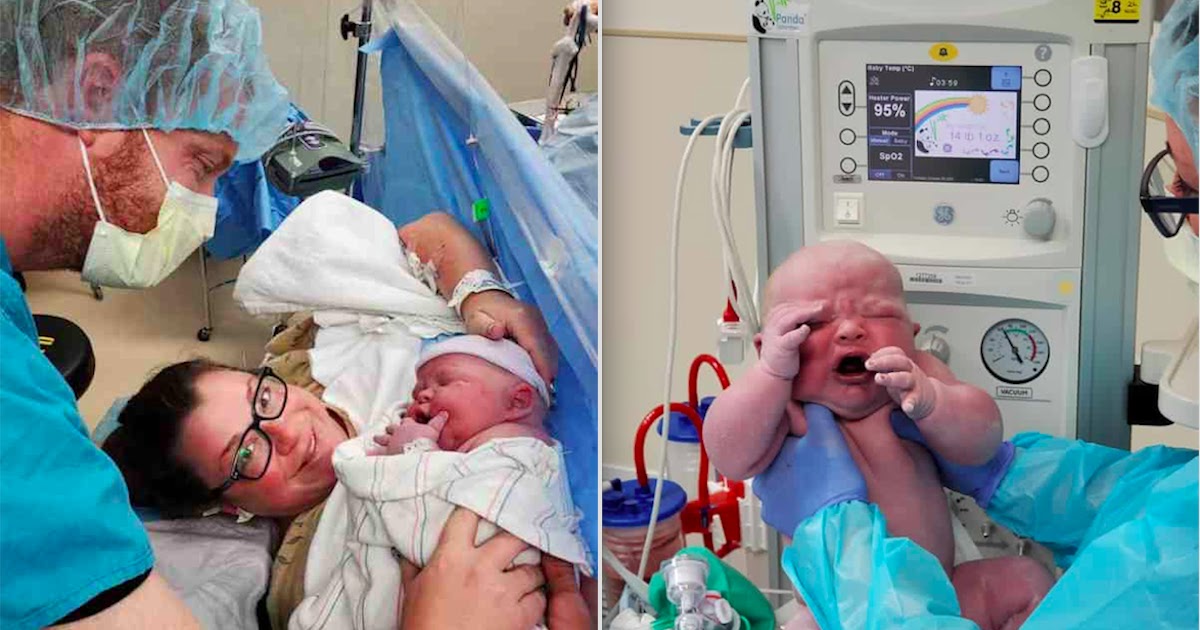 A woman in Arizona has delivered a huge baby after suffering 19 miscarriages. Cary and her partner, Tim Patonai, have experienced 19 failed pregnancies since the birth of their first children but had never given up hope that they would add to their family!

Finnley was born on October 4th, fulfilling their ambition. What they hadn’t anticipated was the size of the infant. Finnley was born through Caesarean section because he was twice the size of a typical newborn baby, weighing 14 pounds. He measured 23.75 inches in length and was described by the doctor as the largest baby they had ever delivered in their years of practice. 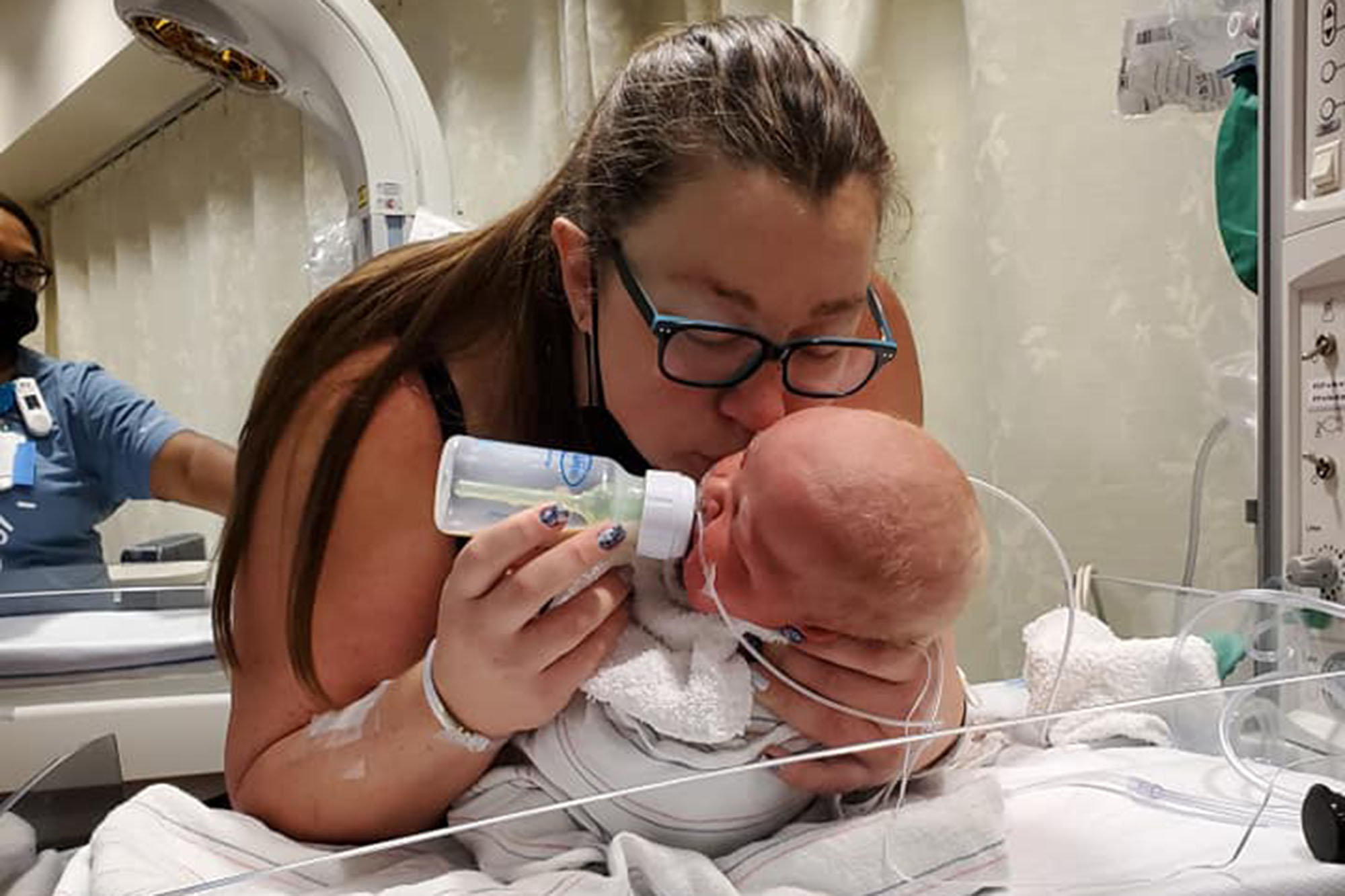 “Finnley was a little celebrity at the hospital. Everyone wanted a selfie with him. The OB/GYN who performed the C-section said that in 27 years he had never seen a newborn that size. There was so much excitement in the delivery.”

“They got him on the scale-like, ‘14.1, I’ve never seen it that big. The doctor and one of the sweetest nurses there were all taking selfies with us. They asked permission of course, but they were just so pumped.”

Cary’s health suffered as a result of the baby’s weight, she added. “It had gotten to the point that I was unable to move. After a shower, it would take me 30 minutes to recover. When [their first child] was born, he was in my doctor’s top five of the biggest, and I joked, “Just wait, I’m going to go to the top of the list,” two years ago. Then we unintentionally did it.” 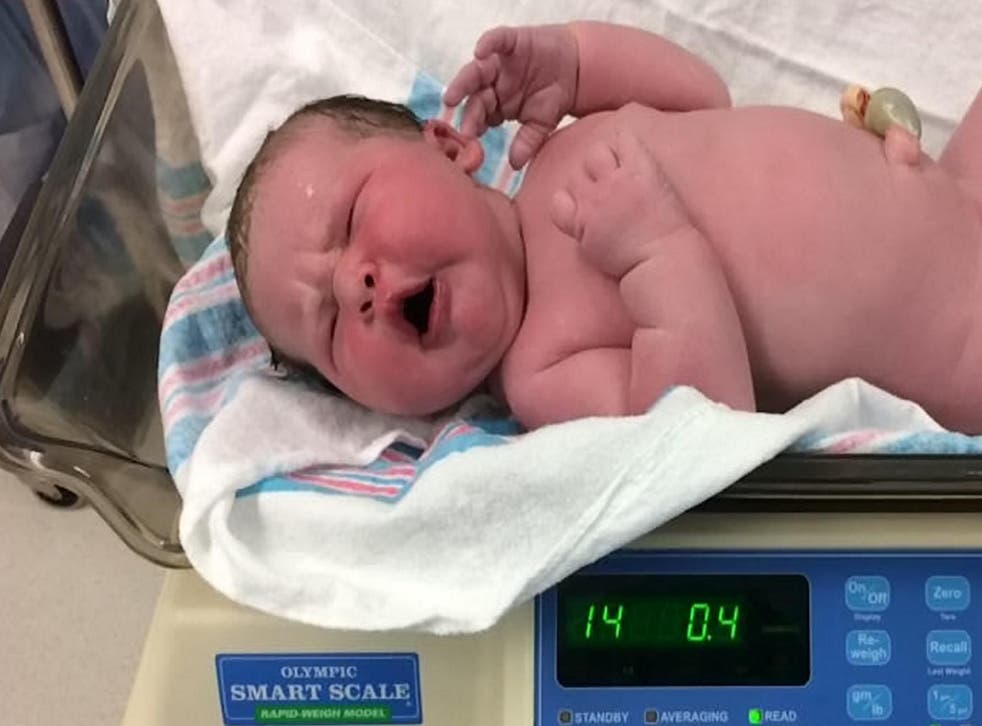 Cary also says that Finnley’s hunger is huge and that he consumes far more food than an average newborn. Only 9% of babies weigh over 8 lbs, and this is usually caused due to overweight mothers, and mothers with diabetes. However, a large baby can also occur simply through natural chance.

The current world record for the largest baby is held by an Italian newborn in 1955, which weighed over 22 lbs, while in 2019, a woman in New York delivered a 15.5-pound baby.