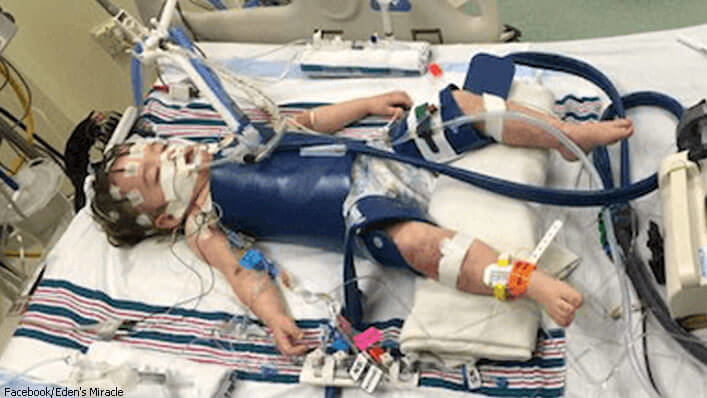 Eden Carlson nearly drowned in her family’s swimming pool in February 2016. When her mother stepped away to take a quick shower, she assumed the 2-year-old was playing securely with her older brothers!

Eden was able to break through the baby gate and make her way to the 5 degree Celsius pool during that period, where she stayed for nearly 15 minutes! 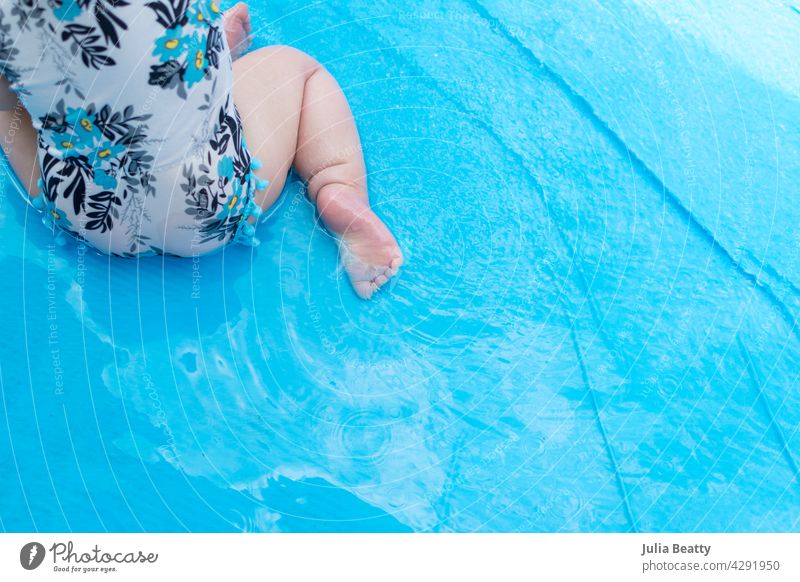 When she was found without a heartbeat, she was not expected to survive; but she did. The growing, fun-loving, running 2-year-old was left with severe brain damage.

She was unable to walk or talk, and her parents were told that she would never be able to speak, walk, eat on her own or react to her surroundings ever again.

Desperate for other options, they found an experimental treatment at LSU Health New Orleans School of Medicine called hyperbaric oxygen therapy. The treatment isn’t new, but it’s experimental, and not approved by the FDA.

Eden was the perfect candidate. Fifty-five days after being pulled from the freezing waters with no heartbeat, Eden began preparing for hyperbaric oxygen therapy.
For 45 minutes, twice a day, oxygen administered at sea-level-pressure filled Eden’s nose. After a month of that, she began the actual therapy. Five days a week, Eden would spend time breathing pure oxygen in a pressurized chamber.

In May, Eden did the unthinkable: She laughed. Not only that, but she could move her arms, hands and eyes. She could even speak. Eden was a walking, talking miracle—doing all of the things doctors said she’d never do again. Scans show her brain damage starting to reverse.

The medical miracle is believed to be a “world first,” according to a report by Newsweek:

“The researchers say that to their knowledge, this is the first reported case of gray matter loss and white matter atrophy (types of brain damage) reversal with any therapy and that treatment with oxygen should be considered in similar cases.”

Today, the now 3-year-old is able to walk around with the help of a walker. She can climb up the stairs on a pay set with no help, and she’s constantly improving!