How This Man Saved 2.4 Million Babies With His “Golden Arm”? Read His Amazing Story 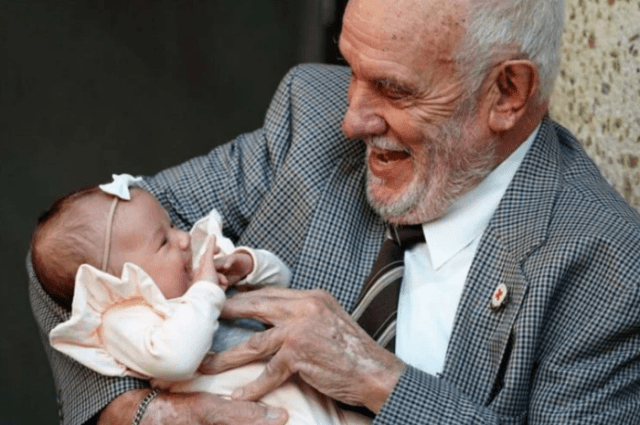 At the age of 14, James Harrison underwent major thoracic surgery in 1951. The doctors removed one of his lungs and he was hospitalized for three months. During this difficult time, this man knew he was alive largely because of the blood transfusions he had received, so the Australian decided to return the favor. However, Harrison had no idea that his golden arm would save millions of children! Harrison decides to give back.

After the surgery, Harrison swore he would become a blood donor. The old Australian laws required blood donors to be at least 18 years old, so the boy had to wait another 4 years. But Harrison kept his promise. After that time, Harrison began donating regularly to the Australian Red Cross Blood. He has always been a regular donor for 60 years, and the organization estimates that Harrison saved millions of lives. Soon after Harrison became a donor, doctors said his blood could solve a de**adly problem!

“In Australia, up until about 1967, there were literally thousands of babies dying each year, doctors didn’t know why, and it was awful,” said Jemma Falkenmire of the Australian Red Cross Blood Service. “Women were miscarrying in large numbers, and kids were being born with neurological damage.” We now know that Rh*esus Disease, commonly known as Fetal Erythro*blastosis, was the cause of these tragic incidents. Rhesus disease is a condition in which a pregnant woman’s blood begins to destroy the blood cells of the fetus.

The disease occurs when a pregnant woman has negative RhD negative blood, and the baby in her ut*erus has positive RhD blood, inherited from the father. Because of this, the mother can produce antibodies that destroy the baby’s “foreign” blood cells. Doctors discovered that Harrison has a rare antibody in his blood, and in the 1960s they worked extensively together, using it to develop an injection called Anti-D. Anti-D prevents mothers with negative RhD blood from developing RhD antibodies during pregnancy.

Doctors don’t know why Harrison has this rare blood type. His best guess suggests it may have something to do with the transfusions he received when he was 14. The blood service also says there are fewer than 50 people in Australia known to have these antibodies. Falkenmire said: “Every bag of blood is precious, but James’ blood is particularly extraordinary… Every batch of Anti-D that has ever been made in Australia has come from James’ blood,”

“And more than 17% of women in Australia are at risk, so James has helped save a lot of lives. About 2.4 million, to be exact.”Known as The Man with the Golden Arm, James Harrison made 1,173 donations of blood plasma – 1,163 of the right arm and 10 of the left. “It’s something I can do. It’s one of my talents, probably my only talent, that I can be a blood donor,” says the humble man. Last donation.

“They asked me to be a guinea pig, and I’ve been giving away ever since,” the herp explained. “If they allowed me, I’d keep going.” Mr. Harrison has unfortunately reached the age restriction for being a donor, and the Blood Service wants to preserve his health. In 1999, he received the Australian Order Medal for saving the lives of millions of newborns after making his final gift. Source: Bored Panda