A Man Who Was a substitute teacher, living in his car receives unexpected gift from former student. You can’t Believe your Eyes What Was It!!! 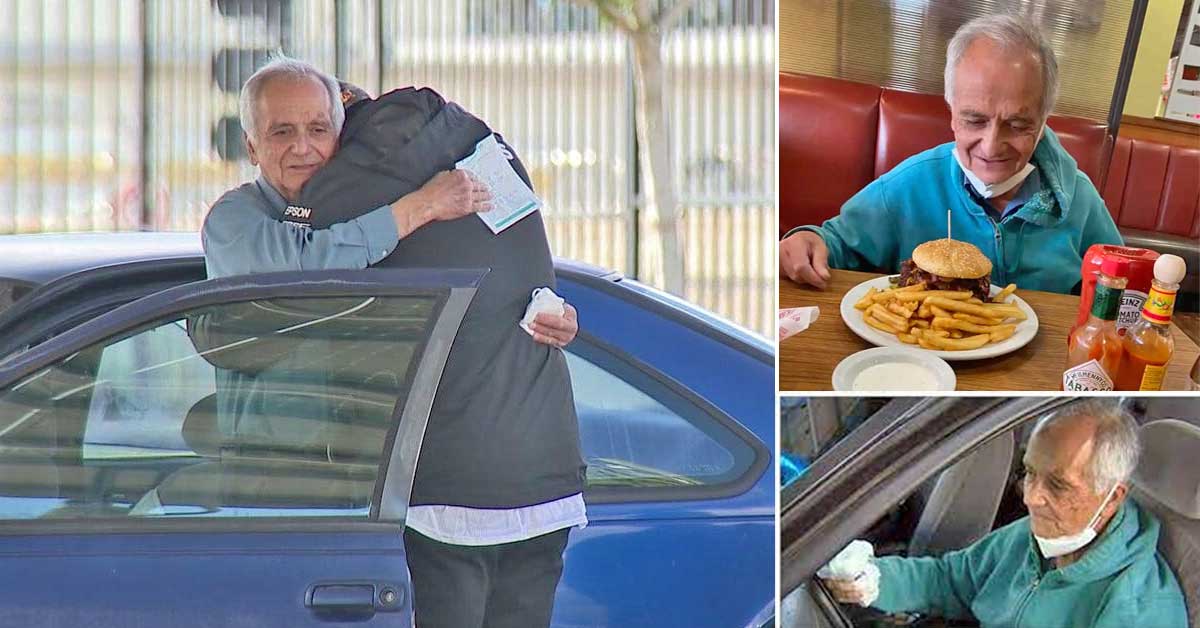 A former substitute teacher named Jose Villarruel has been living in his car for about eight years. “Mr. V,” as he’s known to his students, has served as a substitute teacher for decades. When the pandemic hit and his hours were significantly cut after schools shifted to distance learning, Villaruel was forced to quit his job in early 2020!

I decided the school situation has changed completely and I believed that a job of a substitute was over,” he said. “In May, I submitted my resignation. I managed to do all of the paperwork, all of the arrangements to get my pension. I got my check, but that check didn’t last long because I had debts already.”

Villaruel knew he couldn’t send money to his wife, children, and extended family in Mexico with the income he had, so he decided to live in his car years ago. Steven Nava, a former student of Villaruel’s, happened to encounter him in his car at 5 a.m. on his way to work as a welder. He observed a man in the parking lot who appeared to be familiar. It was then that Nava recognized who it was: a former substitute instructor.

The 21-year-old said he was “devastated and gutted” upon seeing his former substitute teacher’s living condition. Nava said Villaruel was an important figure during his school years, helping him work on his study guide and pass a math test.

“He really stuck to me just because of the way he was so nice around his students,” he said. “He’d ask how your day would go, did you eat, just small little details like that. He’d be really, really funny when he took attendance.” Nava wanted to help Villaruel, so he gave him $300, the money he had on him at the time.

“He gave me this big old smile and said, ‘Thank you so much,’” he recalled. “He came over to give me a hug and as he was hugging me, I saw a little tear run down his face.” Nava then made him a promise—that he would help him get out of this situation.That day, he created a GoFundMe page for the beloved educator, which managed to raise $5,000 within hours. The following day, he made a TikTok video about Villaruel, and it quickly went viral.

The word about Villaruel spread, and Fontana Mayor Acquanetta Warren and former students of Villaruel gathered at the Fontana Community Senior Center to celebrate him. On March 11, the former substitute teacher was presented with a $27,000 check and other gifts at a surprise party! That day also happened to be his 77th birthday, making the occasion all the more special.

Villaruel stated that he never expected to get such a large sum of money. “From the bottom of my heart, I really had to use all of my self-control not to become sentimental and scared about the whole situation,” he told CNN. “It was incredibly thrilling, completely unexpected, and fantastic.”

On March 10, the San Bernardino County Sheriffs Department learned about Villaruel’s situation and assisted him in obtaining a motel voucher. This provided him with a place to stay for a month while they worked out a longer-term solution.

Villaruel said he plans to take an extended trip to Mexico to see his family. “It’s a great feeling to have this change and I still have to adapt to it so I can make the best of it,” he said. “It was unexpected but I accept it with an open heart and I’m ready for whatever comes next. I know good things will come.”

Check out the video below to learn more about this story.