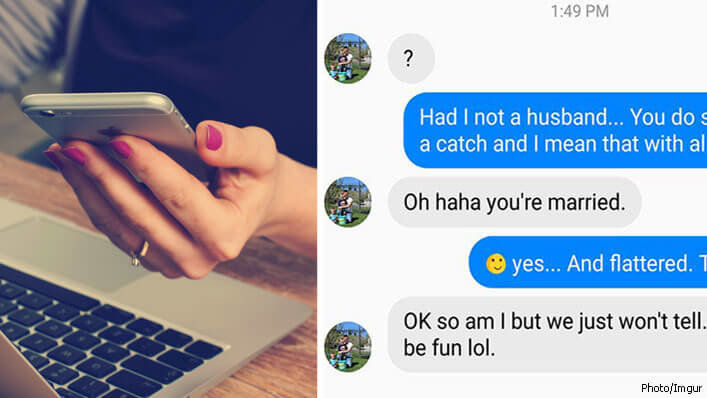 Facebook is used for a lot of great things in this day and age. Mostly for connecting with people you know from near and far, using one central platform to keep family and friends in the loop, and if you’re a crazy bargain shopper like me, you can even buy and sell stuff through Facebook now!

One of its downfalls is not so much that of Facebook, but rather that of people who seem to be lacking morals and abuse the private message function. Such people like a married man who got schooled last week after suggesting an affair to a married woman he’d never met.

The dude decided to take things a step further after going back and forth on Facebook in some sort of Facebook debate. He decided to send a private message to the woman with whom he’d been publicly discussing politics and instead talk about his plans. He wrote to her, “Perhaps we should get out sometime.” She said that she was flattered, but that she was married.

Her relationship status should have otherwise ended their conversation, but instead, he pressed further saying he’s also married, and they just won’t tell. “It will be fun lol,” he wrote. 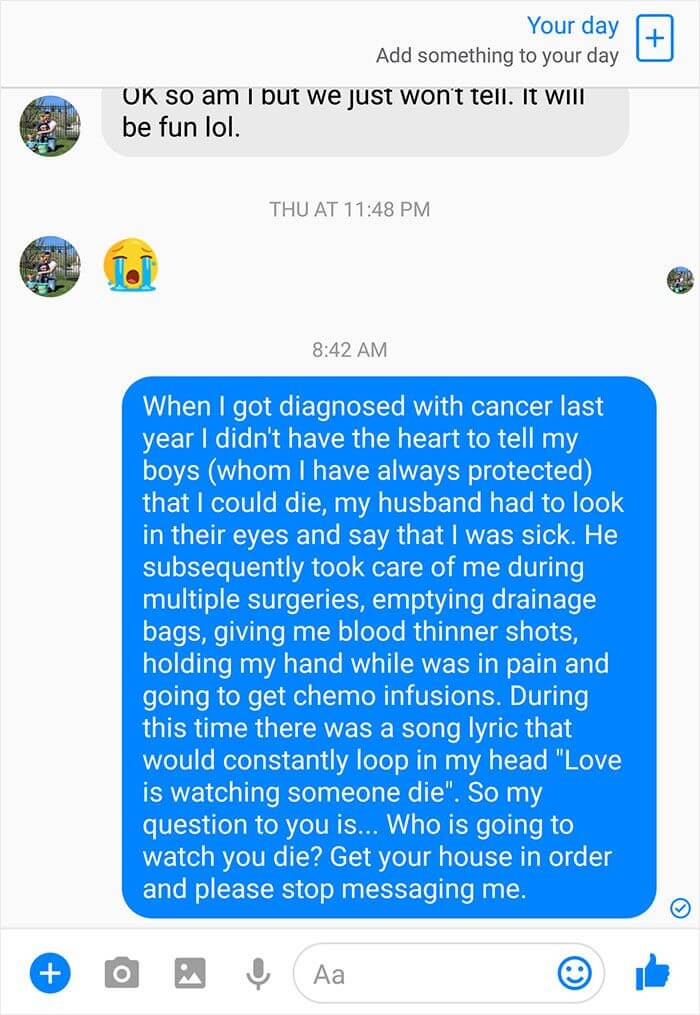 The woman, who had already declined his invitation, then served up a mic-drop-worthy pot of get-yourself-straight stew, putting the suggestive stranger in his place: The exchange was posted to imgur, and there’s no knowing who this savage woman is, but ALL. THE. PRAISE to you, you beautiful and strong woman!

This is one of the most wonderful examples of commitment and true love. You can’t help who tries to break up your marriage, but you can make sure it’s not YOU.