This Woman Posting a Picture of Her Christmas Tree Online, And After That Got Some … 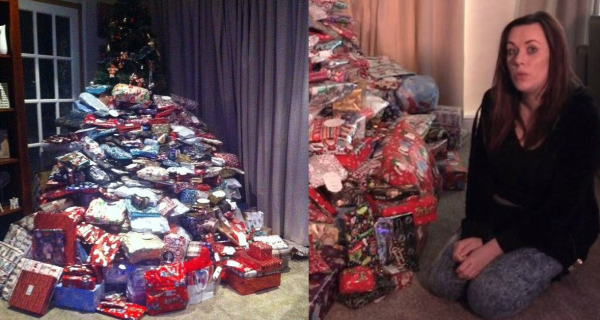 But, of course, Christmas is also a lesson in kindness, caring, family, and gratitude. This is why this mum has shaken the internet after posting a picture of her Christmas tree which, due to the massive heap of presents in front of it, you can only see the top of!

A British mom criticized for a picture showing her family’s Christmas tree nearly buried under a mountain of presents has fired back at those who have called her too materialistic and said her children are spoiled.

Emma Tapping, 35, a mother of three from the Isle of Man, posted a picture on Instagram on Dec. 3 showing about 300 presents piled high enough to nearly obscure the tree. When asked how many gifts each child received, Emma stated that each of her girls gets around 85 apiece, while her son gets about 30.

That’s nearly one present per day for three months for her daughters and one per day for one month for her son. Wow! But not all those gifts were for her kids, however; some actually went to her husband, too. 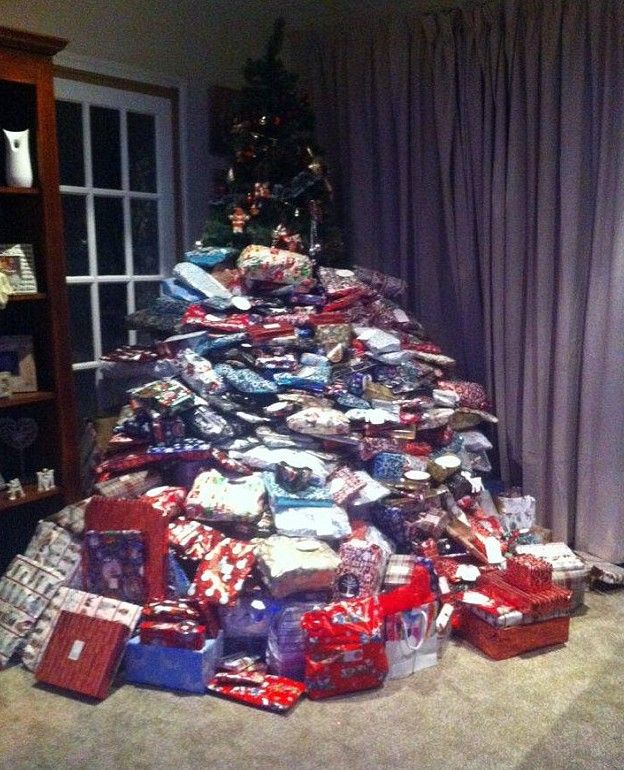 The photo was tagged on Facebook on Dec. 7 and was shared more than 100,000 times with a message about “materialistic parents” showing off how many presents their children are getting.

Some of the criticism Emma faced called her out for spoiling her children and pointed out that she could have made donations to charity. Others wondered about what types of lessons she was teaching her kids about money and helping others. And some resorted to calling her disgusting or abusive. Her response? Very simple: “It’s my money.”

‘You can buy your children two presents or 200 but it is the way you bring them up. They could have two presents and still be a little terror,’ Emma told This Morning. Emma emphasizes the point that her family is ‘not rich at all and that she started this year’s Christmas shopping in last year’s Boxing Day sales.

Tapping had a strong response to those saying she missed the point of the holidays and made an ostentatious display while some can barely afford anything for Christmas.

“I LOVE Christmas (sic) I LOVE spoiling my kids in the festive season and I work damn hard to make sure it is every bit as amazing as it can be,” she wrote on Facebook before issuing an expletive-laden kiss-off to those “judgmental” people.

Emma also stressed the point that she earns and saves every penny of it herself, so she may spend it anyway she wants. People shouldn’t judge what she does for her family, she argued, because of this. We can’t say we blame her for it.

So let the go-ahead with this year. What do you think Emma has been up to over the holidays? You guessed correctly if you guessed even bigger! According to the Huffington Post UK, the stockpiling for 2016 is a whopping 350 gifts. Of course, a new year of Emma’s Facebook posts has brought a new year of internet opinions, but she is standing firm in her beliefs: 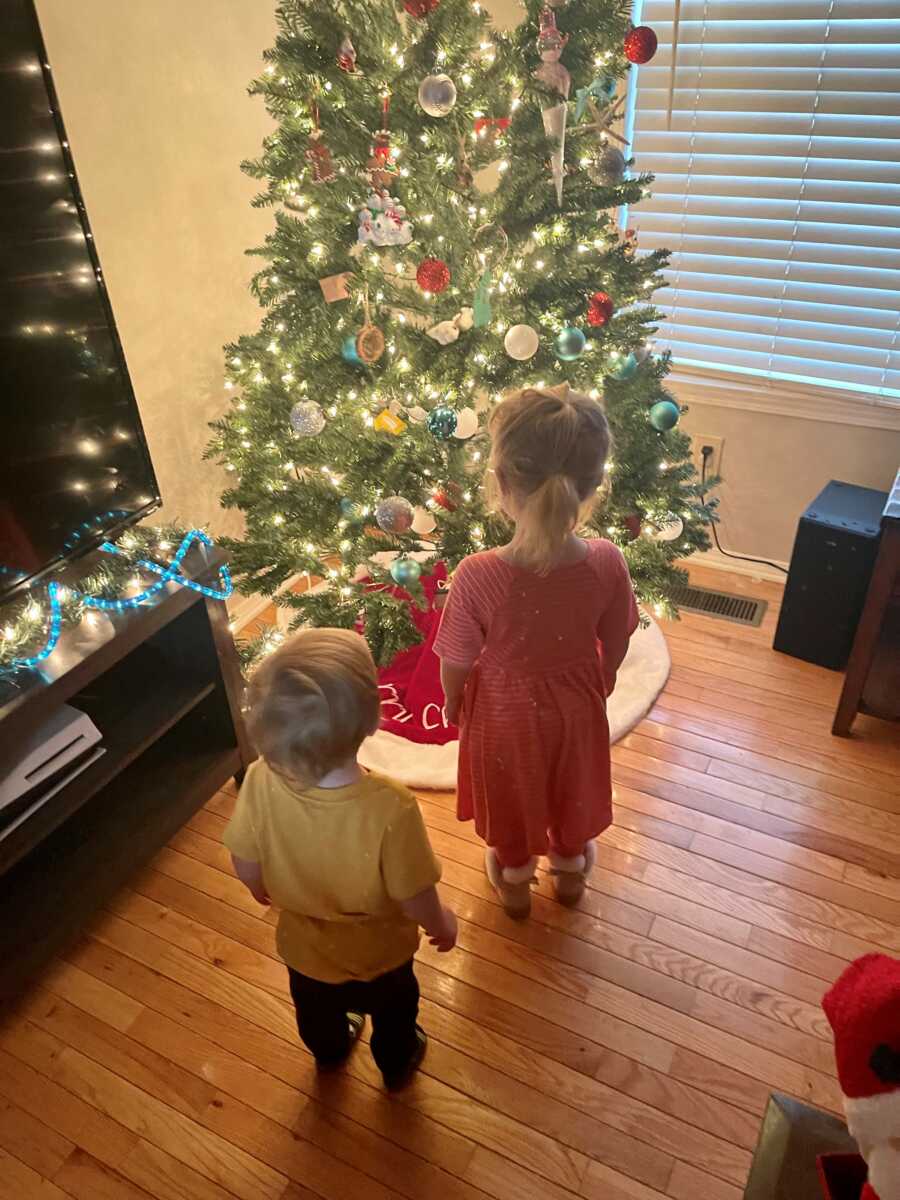 “Another year of my family making me proud every day. They deserve a great Christmas. The haters will hate but nothing and no one will change how I do Christmas.” To find out what she buys and how much she spends, check out Emma in the video below.

Even if you don’t agree with her methods, you can still marvel at all the time it took to wrap those gifts individually. Sheesh! What do you think of this parent’s Christmas spirit? Are you a “hater” hating or a neutral Nelly? Tell us in the comments!