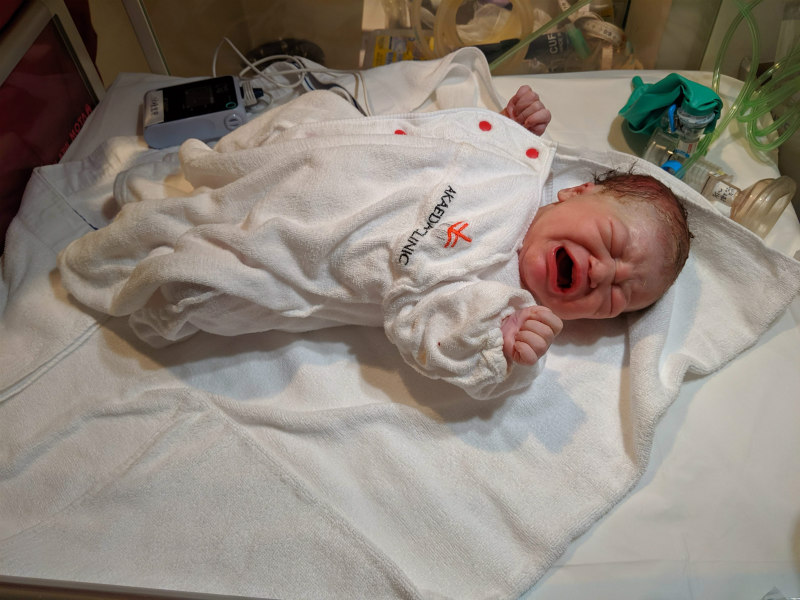 The miracle of childbirth is meant to be an indescribable moment of joy, but for this couple, the months leading up to it prepared them for the worst. Doctors found “water on the brain,” which basically means the child had too much brain fluid and would be born with severe brain damage if he survived at all!

That’s when the father, Nick Schnarr, turns from his trust in science to his trust in God. He shared the whole experience in this powerful Facebook post: “Here’s the real story, in case you’ve heard. For the last nine months, my wife, Brooklyn has been pregnant with a very sick baby boy. Three or four months ago, we learned that the baby had severe hydrocephalus. Back in the old days, hydrocephalus was called, “water on the brain”….too much brain fluid. Ultimately, we were referred to the Cincinnati Children’s Hospital,

where we were told, by several of the most highly regarded fetal specialists in the country, that his condition was dire. The baby’s condition was “off the charts bad”. It was so extreme, that the specialists stopped measuring and monitoring his brain’s fluid level because, at that point, it didn’t really matter. The MRI’s were sickening to look at!

We were told, point blank, that there was over a 90% chance that the baby would either die shortly after birth or have such severe cognitive impairments that any quality of life would be hard to imagine. We had a meeting with palliative care regarding the use of life sustaining measures, and had detailed, awful, and emotional discussions about the ethics of when we might need to remove or cease such measures – which would result in the baby “passing away peacefully”.

Brooklyn moved to Cincinnati and stayed at a motel near the hospital in case she needed to give birth. I traveled back and forth while working and caring for Sophie and Lily at home. Brooklyn did, in fact, give birth on July 8th. We had another consultation with doctors about the use of a breathing tube and when we might need to remove it and let the baby go to heaven, just 15 minutes before they wheeled her back to start the C-section. What’s more, the baby started wailing, which was the greatest sound I’d ever heard.

In a nutshell, Charlie Edward Schnarr, stayed in infant intensive care until yesterday – when we all came home. He seems to be a normal, beautiful baby doing all the things that babies do. He has mild ventricular enlargement, but we can deal with that with checkups. How did this happen??… The doctors said, “we do not have and cannot come up with a medical explanation for what we’ve witnessed here”.

Some how, his brain found a way to naturally “clear” the blockage or re-route the fluid that was causing the oppressive “back-up” of brain fluid. During the last week, I heard the word “divine intervention” and “miracle” more times than I could count. Nurses with decades of experience, and esteemed, nationally admired doctors were flabbergasted but jubilant. Because of the “domino effect” of friends, family, clients, colleagues and even strangers praying and asking others to pray for us, I do not doubt that there were thousands of people praying for us. 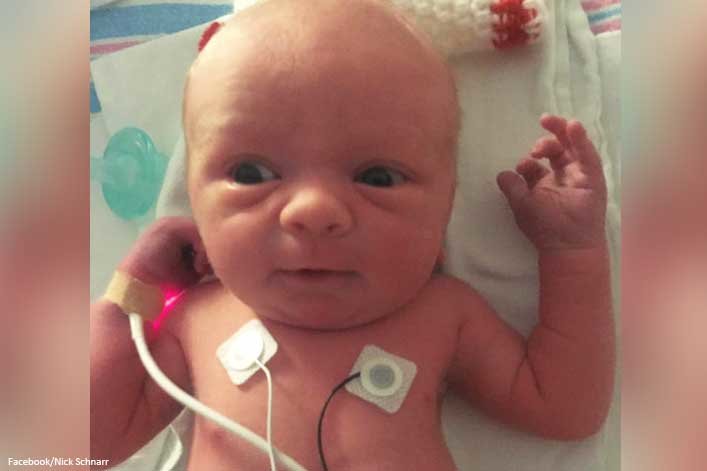 I’m a practical person who believes in science and medical technology, but I know that God was involved in this from the bottom of my heart. He deserves all of the praise and honor. Thank you, thank you, thank you for all of your thoughts, prayers, messages of encouragement, cards, texts, emails, and outpourings of love from the bottom of my heart. Prayer is quite effective. God exists, and he continues to work miracles.