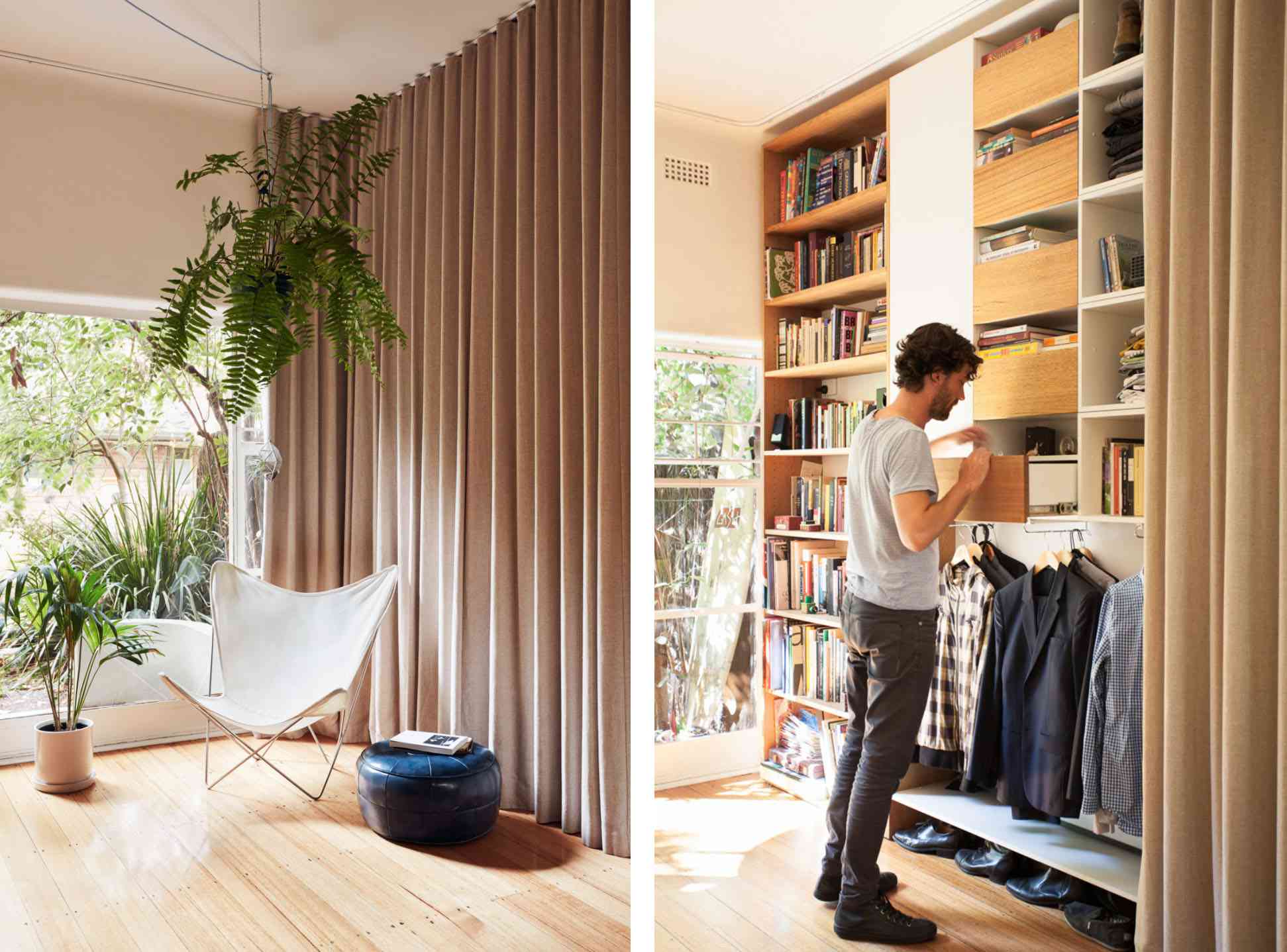 Every growing city has its share of historically relevant buildings, some of which may perhaps be obsolete in terms of energy efficiency or function. Nevertheless, that doesn’t mean they should be torn down to make way for newer, shinier buildings. In fact, the argument is often made that the greenest building is the one that is already built, and that such older structures should be retrofitted and readapted for affordable housing instead. With a population of over 5 million and steadily growing, Melbourne, Australia is one great example of how the importance of preserving the city’s architectural heritage doesn’t necessarily have to conflict with housing demands.

Michael Roper, design director of local firm Architecture Architecture oversaw the renovation of this micro-apartment in an apartment block that’s listed as a landmark heritage building in the Melbourne suburb of Fitzroy. It’s also his own home, and we get to see the inside of this thoughtfully redesigned flat via Never Too Small: The 247-square-foot (23-square-meter) micro-apartment is located in the Art Deco-styled Cairo Flats, which were designed by Australian architect Best Overend and date back to 1936. Overend was influenced by modernism and the “minimum flat concept,” where apartments are designed to “provide maximum amenity in minimum space for minimum rent.” Of particular note were the building’s cantilevered concrete stairs, which seemed “exotic, even unique, at the time of their design.”In any case, the interiors of the modest apartment s were something that Roper says he wanted to preserve as much as possible, while adding more functionality: “So when I moved in, there was very little storage. I wanted to respect the ‘bones’ of this building because it was really well-designed. I made a few minor modifications to the space – bookshelves, wardrobe, bed, extra objects – [are] stuck in the room, they’re all integrated into the wall.” To gain more storage space, Roper opted for what we’ll call the “condensing” strategy. By adding elements like a fold-down bed, shelves, drawers, and an open closet, and then integrating them by pushing and condensing them all to one side, a lot of extra space is freed up. In addition, all that potential visual disorder of books, clothes, and knick-knacks can be neatly hidden behind a rather theatrical full-height curtain, which can also be pulled over the windows and balcony door at night to create a darker, cozier space to sleep in. Because of these wise design decisions, that large open area may now serve as a versatile blank slate, readily transformed into several applications by simply lowering the bed or shifting furniture around. Aside from the main area, the little kitchen – which had already been rebuilt by a previous resident in 2000 – and the comparatively spacious bathroom have remained essentially unaltered, implying that this renovation has only changed the absolute essentials. Something we should all think about before starting any renovation job.