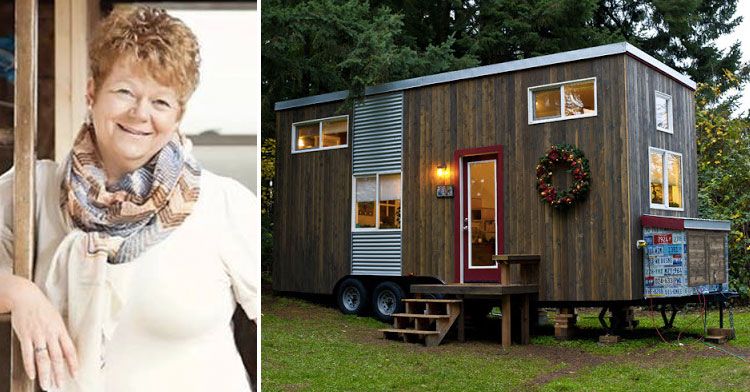 The last thing every married couple wants in their relationship is hiring a family law lawyer, but it becomes a necessity once you find yourself separating from your spouse. You want to make sure that you don’t lose everything — like your house!

“My life has been a series of unfortunate events,” Boyle explains in a video tour of her home. “I have been married twice, I had been divorced twice, I have built two houses and I lost the houses basically in the carnage of my divorces.”, Michelle says!

Michelle, on the other hand, did not succumb to sadness; instead, she constructed herself a little house! Michelle’s fascination with all-things-small-and-old began when she was 12 years old and became enthralled by a tiny, abandoned farmhouse near her parents’ house.

But things haven’t been so straightforward for Michelle as an adult. She has lived paycheck to paycheck for the past 13 years, with no retirement plan and no savings. She eventually became tired of the struggle and wanted to ensure a solid future for her two children.

Most importantly, she wanted an affordable place where her family could live – that’s when the idea of building a tiny home came across her mind. She used cash and sponsorship to build her entire home. As a form of income, she has also decided to build a few more tiny homes that she will rent out.

Michelle refers to her home as “My Empty Nest”, and it measures 8 1/2 feet wide and 24 feet long. She built it mostly by herself, but she sought the help of a few contractors and friends in the driveway of her rental.

“My favorite room in my tiny house is my kitchen,” she explains. “I think a lot of people sacrifice in their kitchen when they build a tiny house but I wanted to show everybody that you can have a really cool and stylish kitchen.”

Michelle’s kitchen is complete – with a tall refrigerator, cabinet and drawer space, stove sink, and counter-top space – you wouldn’t even believe that she is living in a tiny home! In her bathroom, you will find a compost toilet and a shower.

Her living room has two sofas, a credenza, and a cupboard. It also holds a staircase leading up to her loft bedroom. There is also a ladder provided to reach the adjacent loft space which serves as a guest bedroom.

That is a beautifully-made house right there! Congratulations to Michelle for embarking on this journey not just to pursue her passion, but more importantly, to make sure that she could sustain and take good care of her two children.

Get a full tour of Michelle’s wonderful tiny home in the video below via Dylan Magaster.