This Amazing ‘forest condominium’ is the perfect combination of nature and architecture. Take Look inside 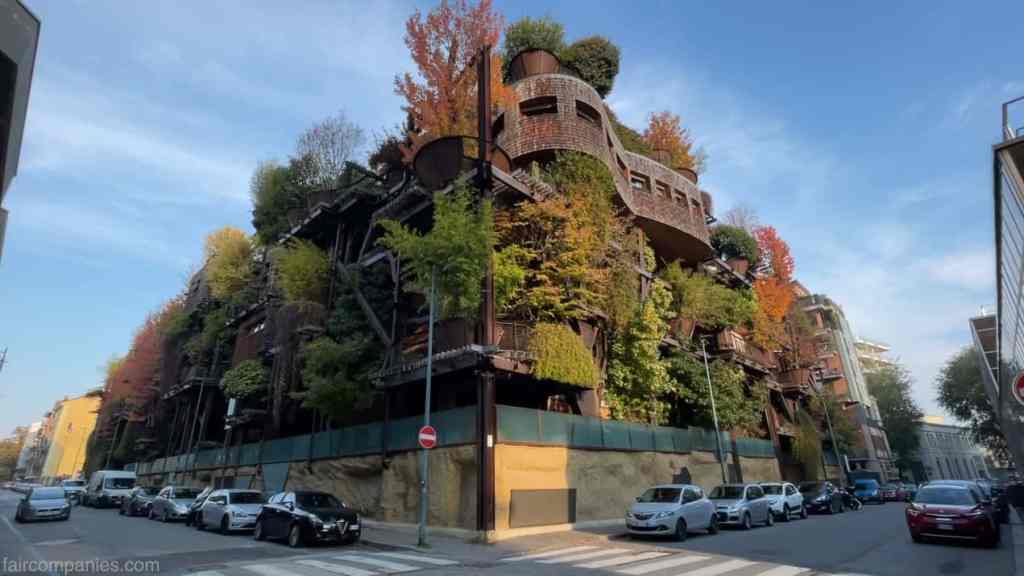 Architect Luciano Pia took the concept of an urban jungle to the next level by creating 25 Verde, an apartment building in Turin, Italy, that looks like a forest. The complex has five floors and 63 residential units. It’s constructed with steel and columns shaped like tree trunks, giving it the look of a modern-day treehouse!

One hundred fifty trees grow from terraces with irregular shapes, and lush gardens cover the roofs, enlivening the industrial city. 25 Verde isn’t merely a feast for the eyes; it also serves a bigger purpose. With its trees, the structure absorbs approximately 200,000 liters of carbon dioxide and produces 150,000 liters of oxygen per hour.

This natural absorption protects residents from air and noise pollution, eliminating harmful gasses from cars and the harsh sounds from the busy streets outside. Its balconies and terraces provide residents the perfect viewing point to gaze at the Alps in the west and hills to the east. Occupants on the top floor get to enjoy their own private garden.

But inside is where the real action happens. From it, tenants get to constantly admire a green oasis rarely seen in cities like Turin. 25 Verde’s interior also features a raised garden in the center that creates a path to the apartments. The plants attract birds, and the concrete shaded by the trees most of the day exudes cool air.

Aside from shade, the deciduous plants and evergreens also ensure greater light penetration during the winter. It also has ponds in the courtyard, where people can relax during the summertime.

This one-of-a-kind apartment building is the polar opposite of the neighborhood’s usual orderly concrete and brick block. The flats are placed in blocks and articulated in parts by curved corners, creating arcaded layering. The plants were placed according to their solar requirements and were fed by rainwater collected by the building. The interior’s midday shadow is enjoyed by bamboo and maple plants, while the south facade’s trees receive bright sunlight all day.

The building also features a groundwater heating and cooling system with a heat and pump system, which saves energy. Inside, the owners have complete control over the room layout. Either they might embrace an introverted tree house or they could witness the contrast of the street below.

YouTuber Kristin Dirksen visited 25 Verde in Via Chiabrera 25, Turin, Italy, and enjoyed a tour of the building care of its residents. It’s definitely one of the most incredible structures you will ever see!

Click on the video below to learn more about this forest condominium.