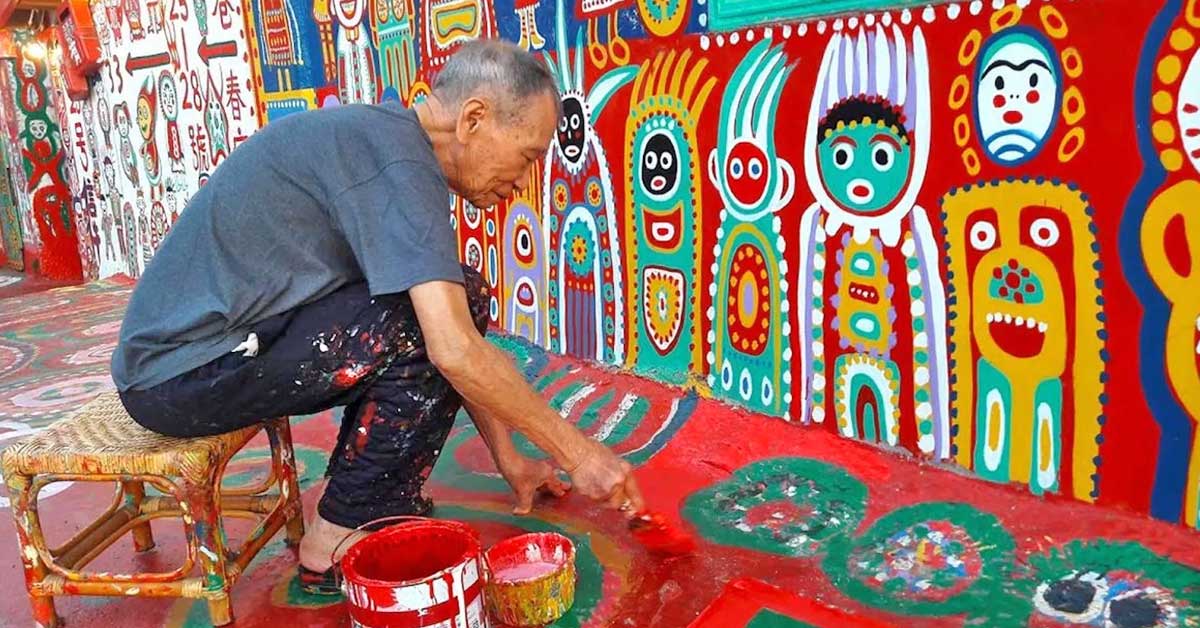 Around 10 years ago, Huang Yung-fu’s life turned upside down. After living more than 40 years in a village built for former soldiers, Huang had expected to live the rest of his life in a tiny village in Taichung, Taiwan!

Over the years, however, residents abandoned their homes, and many of the dwellings began to deteriorate. Considered prime real estate, the government planned to demolish Huang’s village to make way for high-rise condominiums.

Faced with the prospect of losing his home, Huang, despite his age, did something different. He picked up a brush and painted a bird in his bedroom. Cats, people, and airplanes followed. After painting his home, Huang moved on to the buildings and streets of the abandoned village.

Huang would paint for hours, and one night, a student from nearby Ling Tung University saw him and heard his story. After taking pictures of Huang’s work, the student raised funds to buy paint for Huang, and started a petition against the settlement’s demolition. 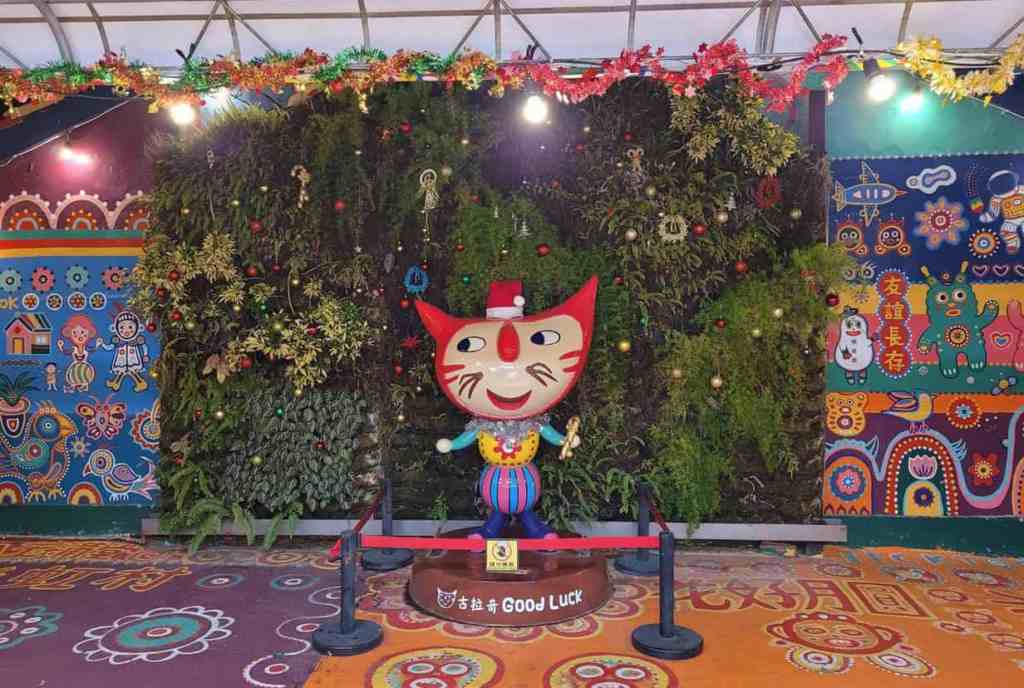 With thousands of emails pouring into the office of Taichung’s mayor, the government relented and in October 2010, the mayor decreed that the remaining 11 buildings, streets, and surrounding areas of the village be preserved as a public park.

“The government has promised me they will keep this house and this village,” Huang said. “I was so happy and thankful.” Born outside Guangzhou, China, Huang left home at 15 to fight the Japanese in the Second Sino-Japanese War. 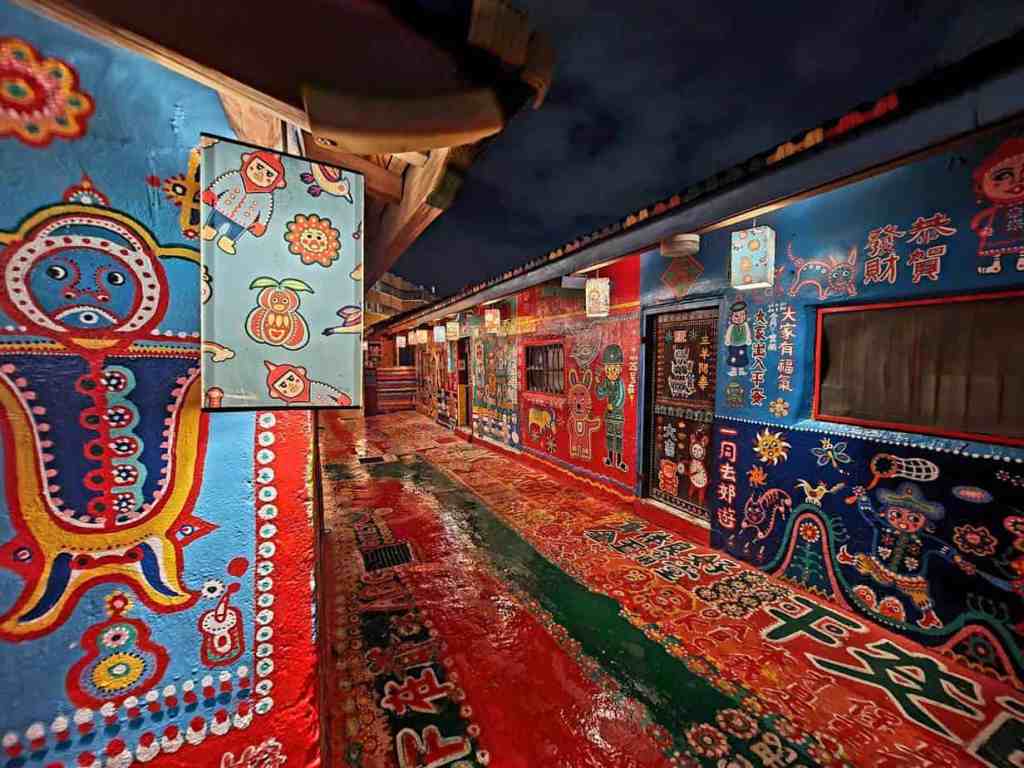 After the collapse of the Nationalist Party in 1945, Huang allied with Chiang Kai-shek against Mao Zedong and fled to Taiwan. Huang served at several air sites before retiring in 1978 with a gold medal for ‘Defending Taiwan.’

Huang’s settlement was one of 879 established for Chinese military families fleeing the country. These prefabricated shelters were intended to be temporary, but the opportunity for the Nationalists to seize mainland China never materialized. There are only 30 of these communities left. 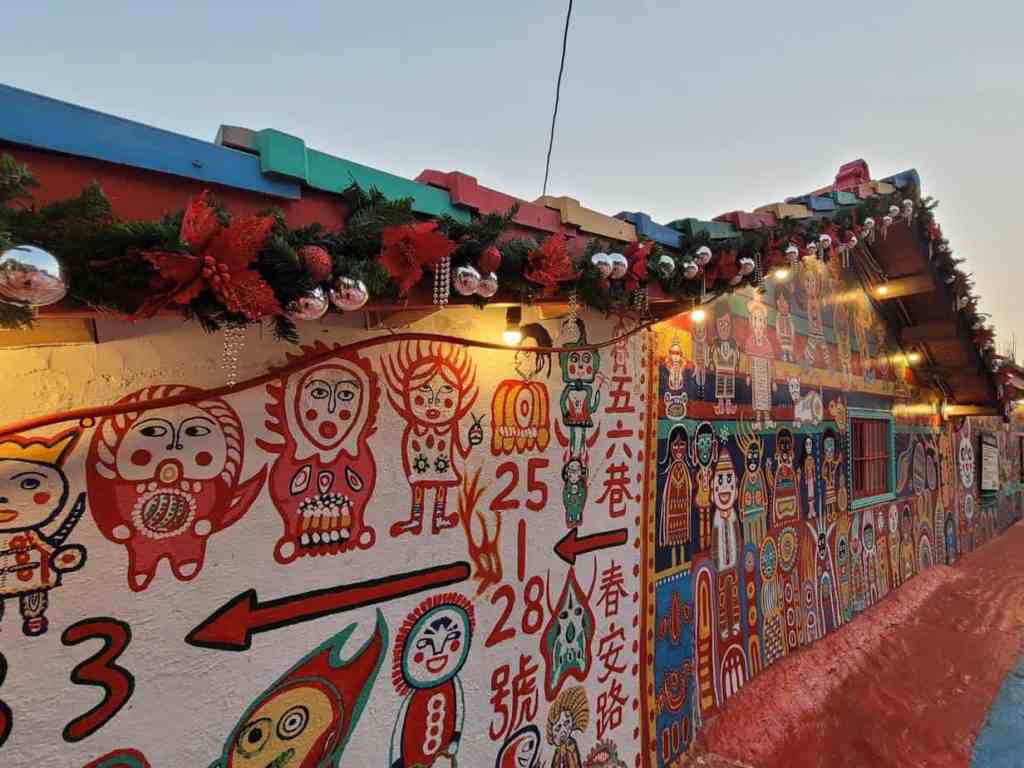 Huang was offered money to go, but he couldn’t handle the thought of leaving his own home in Taiwan. “When I first moved here, there were 1,200 families in the hamlet, and we’d all sit around and talk like one huge family.” But

By 2008, only 11 settlements remained while the rest had already been acquired by developers. Huang was unmarried, had no family, and had nowhere to go. So he stayed until he was also the only resident left. 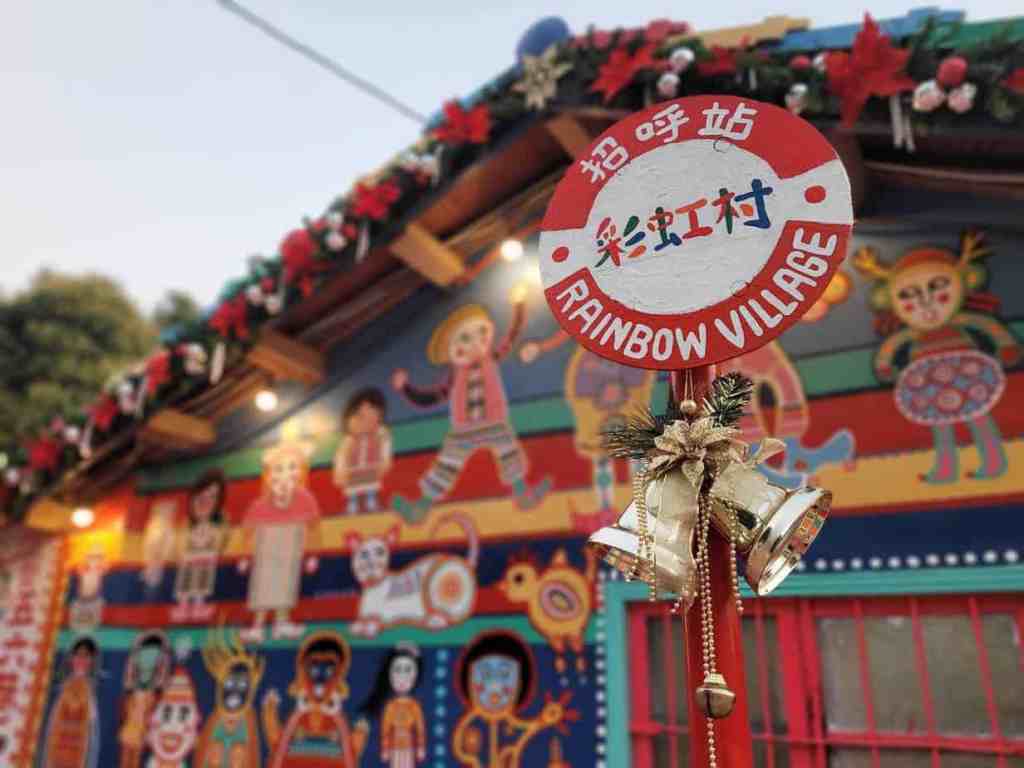 Today, the village with buildings painted with rainbows has become a kaleidoscope of colors, filled with cartoons, abstracts, and surrealist art. Dubbed the Rainbow Village, Huang is now affectionately known as Grandpa Rainbow.

The art is inspired his childhood memories and imagination, with images of a puppy he had as a child, favorite teachers, as well as happier times with family in the countryside. 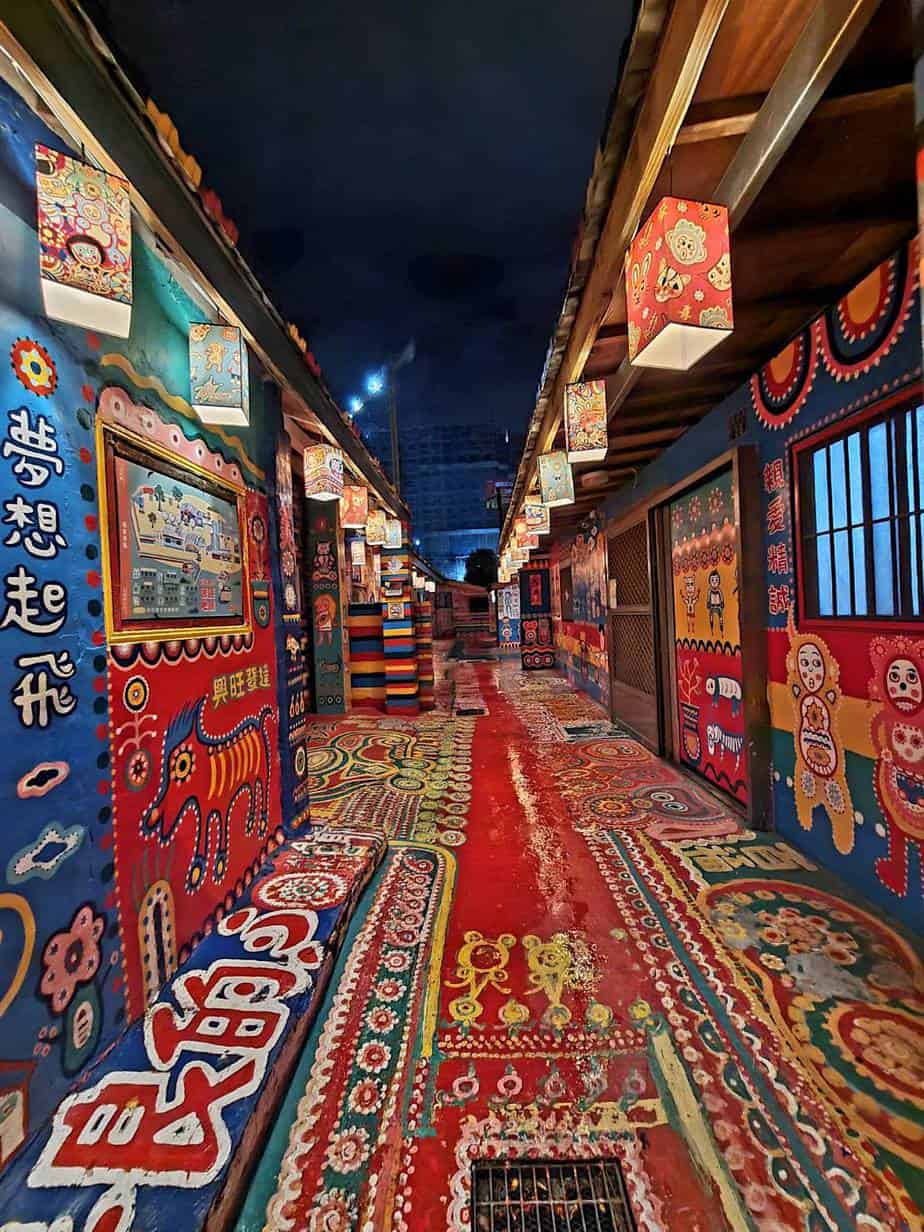 “There are many things that I can’t do anymore, but I can still paint,” Huang said. “It keeps me healthy, and adding a little color can turn something old into something beautiful.”