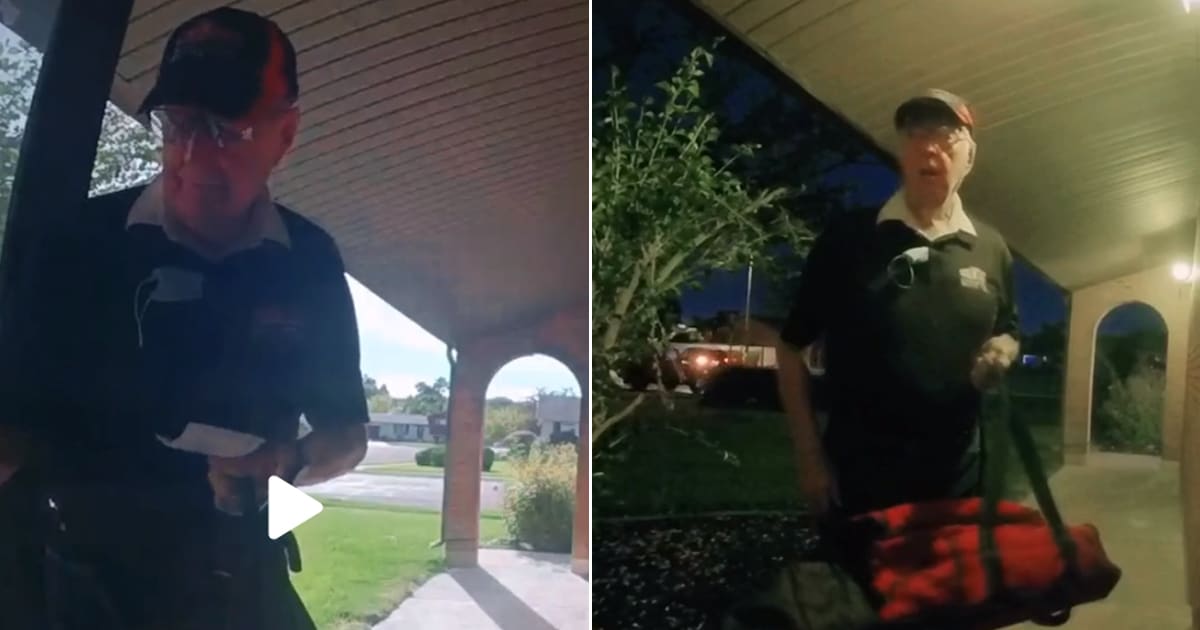 A Papa John’s pizza delivery man recently got the surprise of his life when he received a generous tip from one of his regulars. Derlin Newey is an 89-year-old pizza delivery man who has become a beloved character in the TikTok community after Carlos Valdez—also known as @vendingheads in the social media app—shared a series of videos showing his cheerful pizza deliveries.

In the clips, Newey would always greet Valdez with his signature tagline “Hello, are you looking for some pizza?” every time he opens his door to receive his order. Because of his kindness, he has become the family’s favorite delivery man. In fact, they would always request him as their delivery guy whenever they’re craving some Papa John’s pizza! 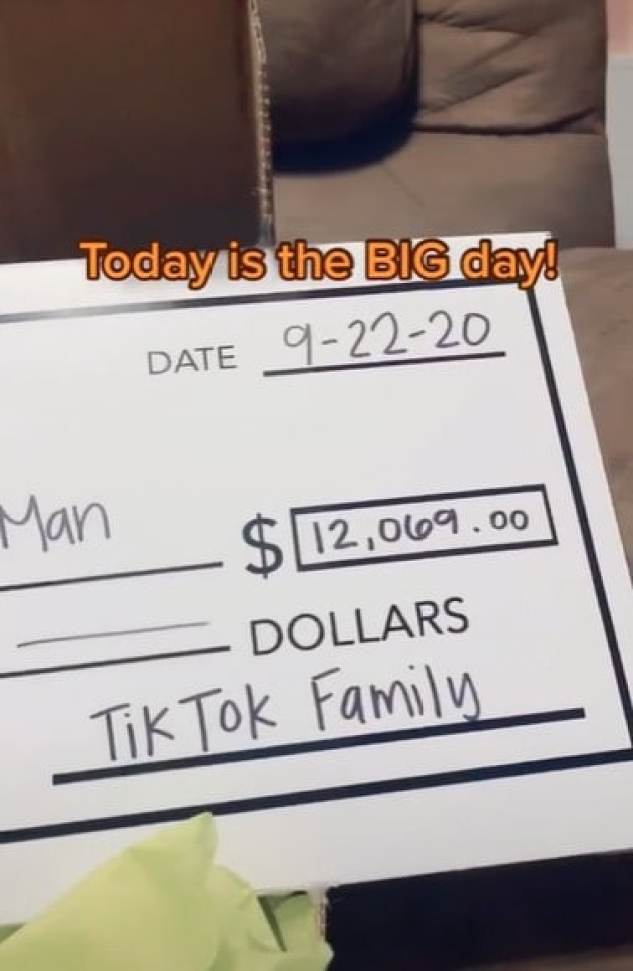 Their transactions have become so frequent that Newey joked he was visiting their house for the 1,000th time in one TikTok video. As @vendingheads continued sharing clips of Newey’s deliveries, their 68.9K TikTok followers also soon became fans of the elderly man. “It’s insane. Everybody loves him,” Valdez told KSL TV.

While Newey’s followers showered him with love, many critics questioned why he was still delivering pizzas at his age. Valdez understood that they were correct; an 89-year-old man shouldn’t be working so hard. 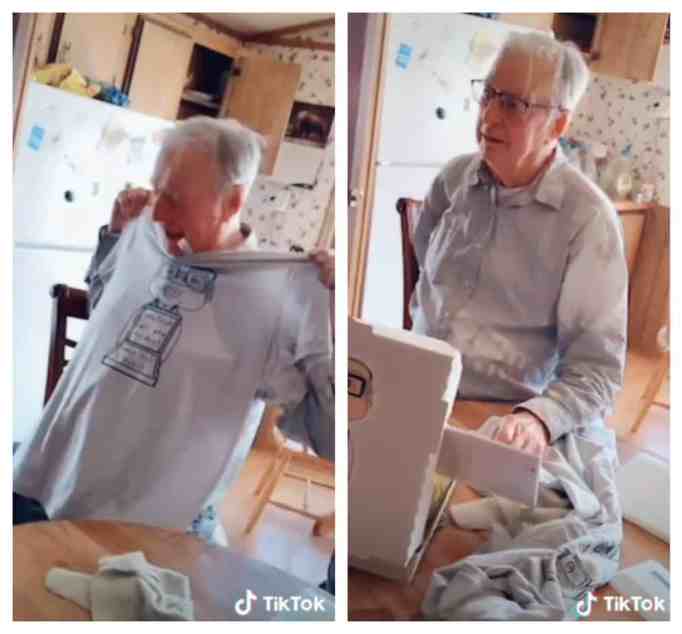 Valdez, wanting to put his platform to good use, requested their fans to donate to Newey via his Venmo account. They expected to be able to make a few dollars, but the TikTok community came up to the plate. It didn’t take long for them to reach their goal of $12,000!

“We all joined together as a TikTok community, and we were able to raise $12,000 for this incredible person,” he stated proudly. Valdez and his wife paid a visit to the delivery man in his Roy, Utah, home last week.

“Good morning, dude! How you doing?” he said as Newey opened the door. At first, the man guessed that the gift was the t-shirt with his catchphrase printed on it. But the merch which Valdez produced for his TikTok viewers was just a small portion of his surprise. 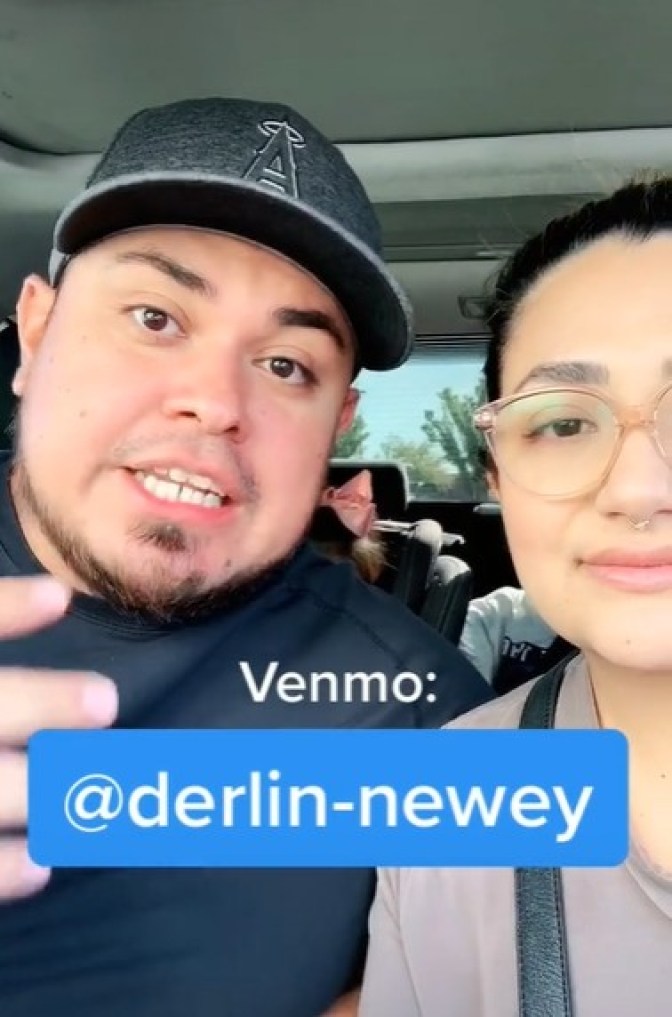 The couple later presented him with the $12,000 check. Newey was caught off guard upon seeing his name on it, so the couple explained where the money came from. “No,” he said with an expression of disbelief. “Why would you do such a thing?” The couple told him this generosity was all a product of love from the TikTok community. Newey didn’t know what the platform was.

“How do I ever say thank you?” he said with tears in his eyes. “I don’t know what to say.” In a video interview, Newey said that he lives alone in his mobile home. He’s still working because he couldn’t rely on his Social Security alone to afford his bills. To make ends meet, he works around 30 hours per week, delivering pizzas to Papa John’s customers. 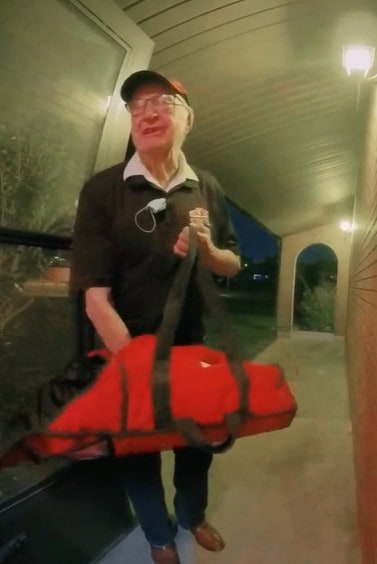 The Valdez family told the outlet they were thrilled to have helped someone who really deserved it. “He needed this. I’m just glad we could help him,” Valdez said. “We just need to treat people with kindness and respect the way he does. He stole our hearts.

”Even though Valdez has delivered Newey’s $12,000 “tip,” he’s still accepting donations for the humble delivery man. Since his story made the news, TikTok and Twitter users have been sending more funds to his Venmo account.