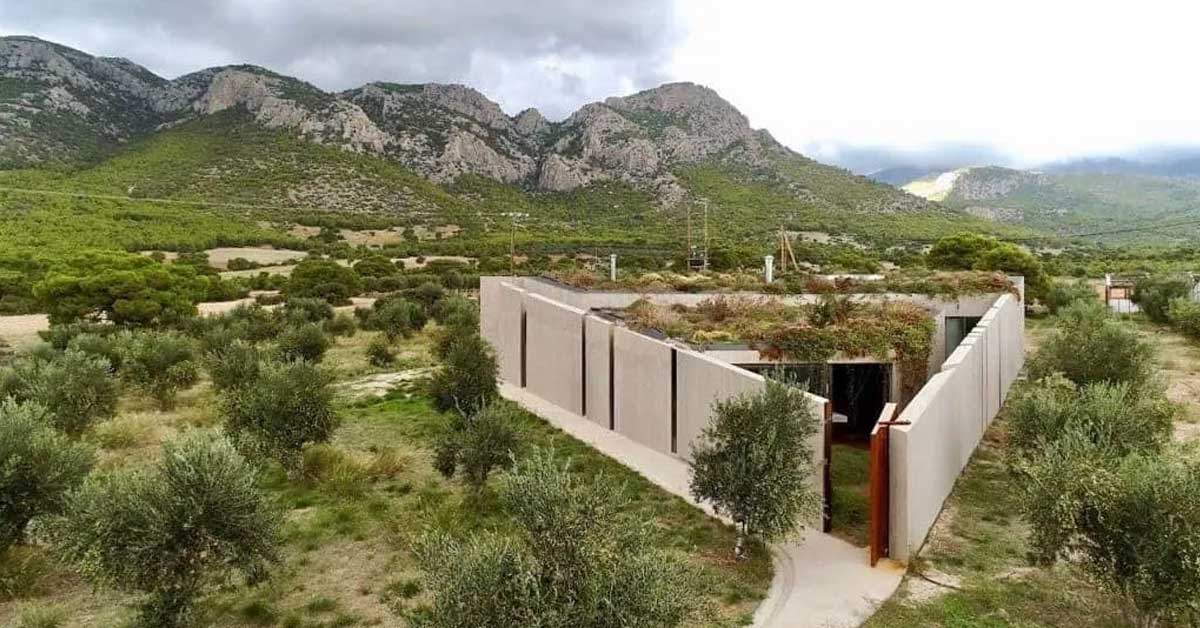 We all have our dream homes, whether it’s the tiny home perfect for a minimalist lifestyle, the environmental off-grid home, the rustic homey farmhouse, or the massive home tricked out with the latest high-tech gadgets and modern appliances.

Some homes are more unique than others, but one that really stands out can be found in Athens, Greece, and was cleverly designed to bring the beautiful outdoors into the home. 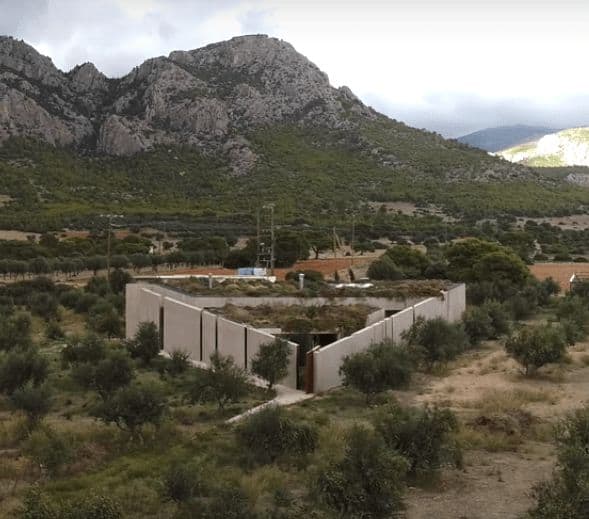 In designing the home of a Greek couple living in the west of Athens, architect Tilemachos Andrianopoulos took advantage of the site’s spectacular natural surroundings. Located on the family-owned olive grove, with over 300 fruit-bearing trees, between the Megara plain and the Gerania Mountains, which stretches from Korinthia to west Attica!

Andrianopoulos used geometry and created a triangle-shaped home that respected the trees, provided protection from the elements, and opened up the residence to the fantastic views of the mountains. The poured-concrete home starts small. At the tip of the triangle, the walls are lower and gradually stretch upward as the home moves uphill. 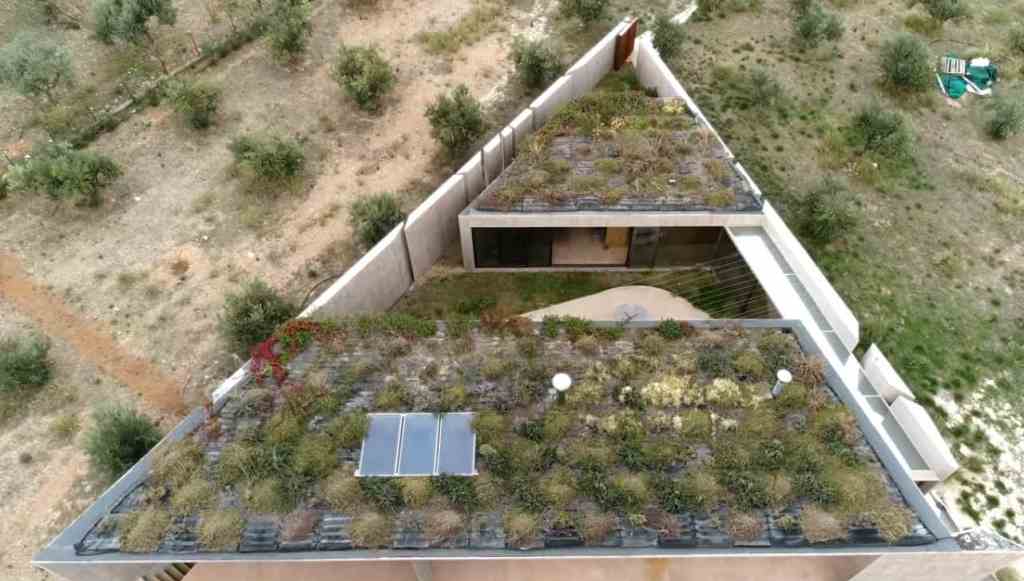 The structure follows the gentle incline of the site and tapers towards the range of mountains on the northern side. All south-facing views are directed towards the courtyard, rather than out to the open plains.

The entrance is via a covered corridor with storage facilities for the homeowners’ belongings. The bedrooms are placed in a smaller building that backs up to a pocket of garden at the triangle’s tip. These spaces are encircled by windows that lead to the internal courtyards. The barriers are nearly double the height of the walls at their lowest point, and they are highest on the side of the house that faces the mountain.

An open-plan living and dining area can be found in this larger part of the house. The walls are primarily constructed of glass and may be entirely opened to take in the panoramic views of the olive groves and mountains.

The roof was also specifically designed so as not to obstruct the scenery. It tilts abruptly upwards, so all the homeowners can see are the wonderful outdoors. The living area is minimalist, containing limited seating and a TV set. The dining space features a warm wooden dining table, which is suspended from the ceiling by a metallic flue.

This hovers above an angular grate for a fireplace built into the concrete floor. Kitchen work is made easier with the impressive views of the outdoors. Separating curtains can be drawn to divide the areas and provide more privacy.

The home was also designed to live in harmony with nature and the local ecosystem. The “living roof” is adapted to Greek climatic conditions and particularly built with Attica in mind. The roof features drought-tolerant plants such as lavender, helichrysum, aura, chrysanthemum, and thyme, which are all native to the area.

Water from a neighboring well circulates throughout the house. The water flows from the well into a concrete channel that forms a partial “moat” around the home and terminates in a tiny pool or lake at one of the triangle’s points. During the hottest parts of the summer, the sound of running water is relaxing, and the water itself naturally cools the house.

“The house is a frugal yet decisive answer to the demand for a family shelter in the midst of a very isolated environment,” according to the architectural team that created it.

Sharp, hard, and boxy elements may have distinguished the building, but these are softened by the warm features of the surrounding environment, creating an outstanding and heartwarming home.