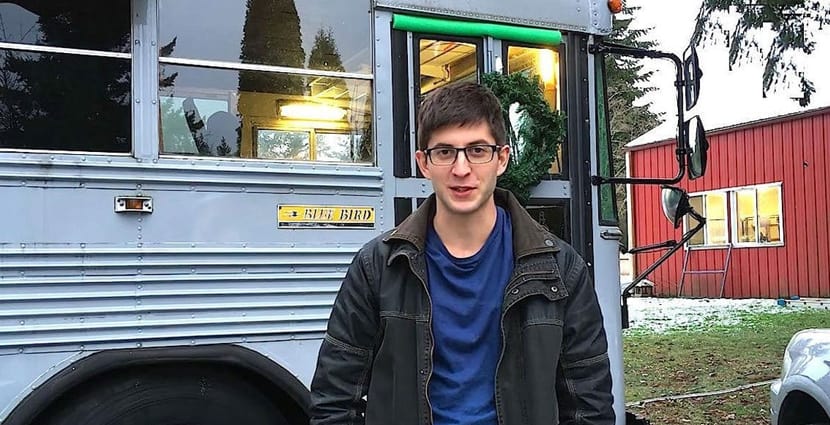 Raising a family is not easy and it sure is not cheap either. According to authorities, raising a child from birth through the age of 17 costs about $14,000 in a year. Add this huge amount of money on top of housing fees and other financial obligations, raising a family sure can put a strain on the pockets of the family. Brian and Starla Sullivan, a family living in Renton, south of Seattle, Washington, know this very well. With three children to take care of in addition of the costly rental fee for their apartment, Brian and Starla found themselves living a barely satisfying lifestyle!

It was during 2014 that Brian and Starla thought of a brilliant way to ease up their financial responsibilities. Through the Youtube videos they were watching, Brian and Starla discovered small but comfortable houses that families could live in. “There was this one video in particular – we called them the crazy people who lived in a blue bus,” Starla recalled. “Yet we just kind of looked at each other and were like, ‘Do you want to live in a bus with me?’” She added. 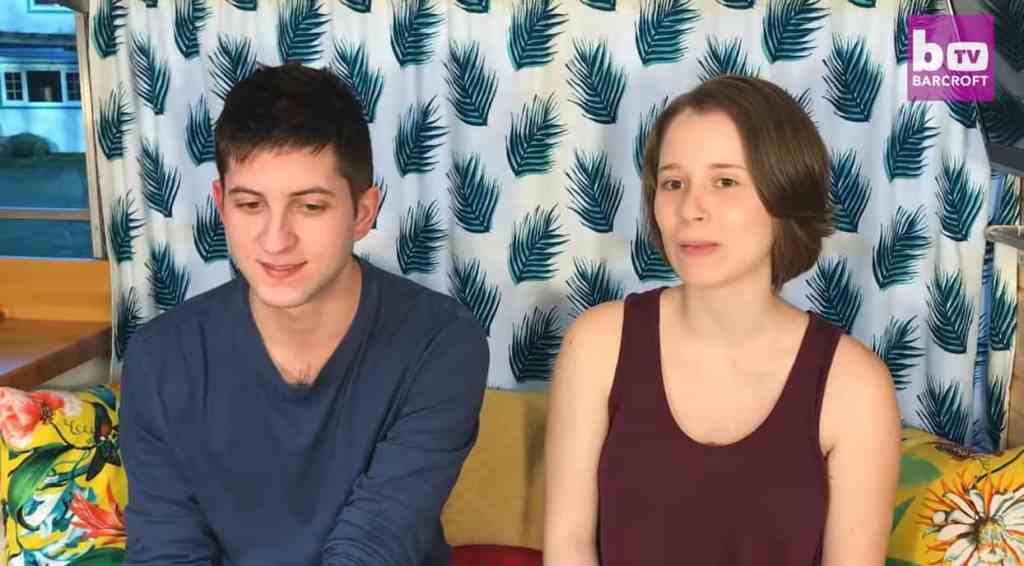 “I thought she was joking, but no she was serious.” Brian butt-in. Though Brian did not take Starla seriously, it was the following day that he was able to weigh in the pros and cons of living on a bus. “I was at work the next day and I started to realize all of these benefits like being able to be mobile and being able to move if I got a job that was 20 miles away.” Brian shared.

And so, the loving couple purchased an old school bus for $2,800. After a year and $30,000 spent on renovation, the couple moved in to their new home together with their three bundle of joys- Charlie, Henry, and Lincoln. “We are ridiculous people – we are!” Starla exclaimed. For Brian and Starla, having the school bus as their new home is one of the best decisions they have made in their life. Now, they are not living from paycheck to paycheck and even have spare money for their leisure. 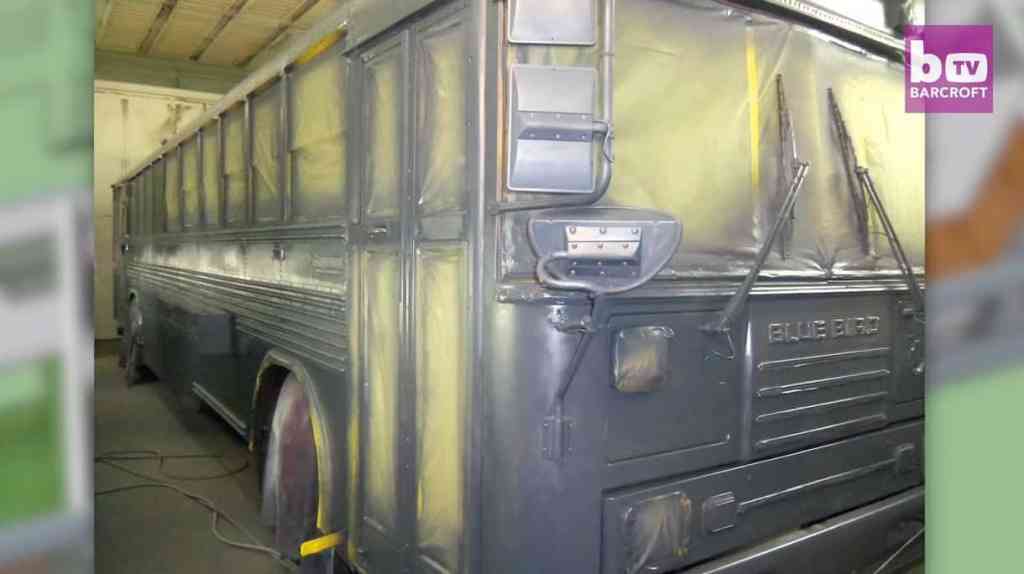 “We now have money to eat the foods that we want and go to the places we want.” Starla happily said. “We pay a third of the cost now and we have money to pay off debts and student loans!” The Sullivan family used to spend heaps of money for their apartment. Aside from the expensive cost, their previous home is also far away from Brian’s work. Thus, it is not only disadvantageous for their pockets but for Brian’s daily life activity as well.

Their three children have a full-size bed, a functional kitchen with microwave and oven, a washing machine, a composting toilet, and a clean bathroom with a bath tub! “Having children, one of the things I truly wanted was a bathtub.” So, at least while they’re this small, we have a bathtub big enough to fit all the kids in.” Starla exclaimed, delighted to have achieved one of life’s simple pleasures. 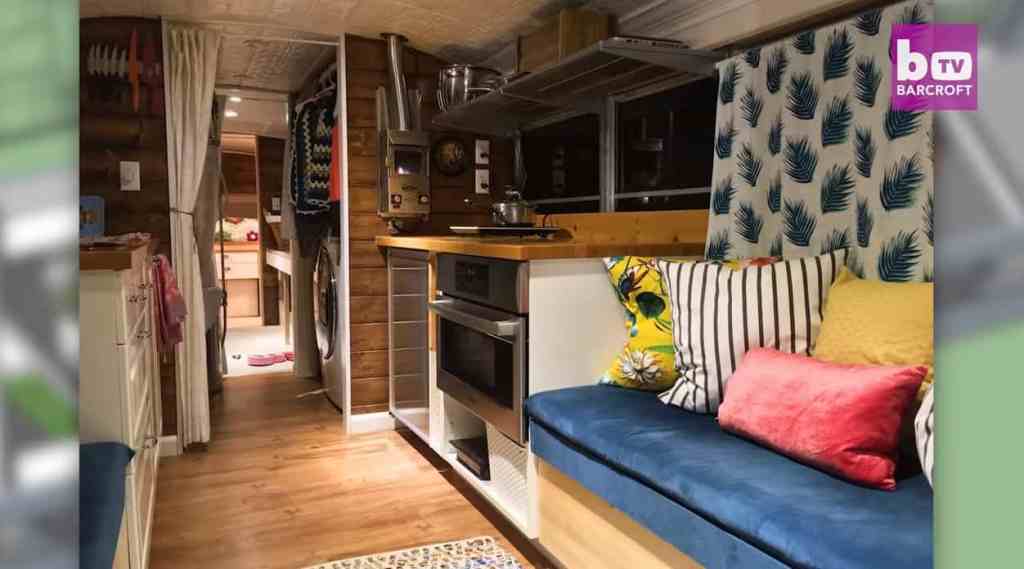 Brian, Starla, and their three children are having so much fun in their new house that they can’t see ever leaving. “The apartment was about an hour away from Brian’s work and the commute was awful,” Starla recalled the situation they used to bear. “He would work overtime trying to pay the rent, then he would sit in a car for three hours and we would never see him, so we decided to make a change.” What used to be an old school bus is now a cozy and comfortable home. Their new home may be compact but it is fully equipped with everything that a growing family would need.

Their three children have a full-size bed, a functional kitchen with microwave and oven, a washing machine, a composting toilet, and a clean bathroom with a bath tub! “Having children, one of the things I truly wanted was a bathtub.” So, at least while they’re this small, we have a bathtub big enough to fit all the kids in.” Starla exclaimed, delighted to have achieved one of life’s simple pleasures. 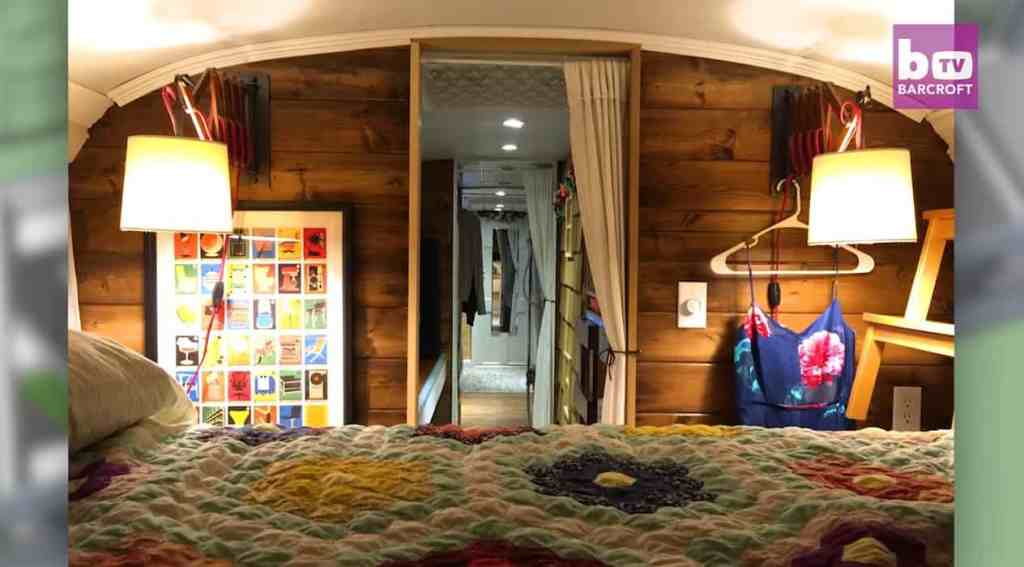 Brian, Starla, and their three children are having so much fun in their new house that they can’t see ever leaving. “I see myself living in the bus until the kids move out. I know a lot of people say it’s not possible for us to raise kids in the bus, especially until they turn 18, but I disagree.” Starla firmly stated.

“They might literally outgrow the bus because our ceilings are only six feet tall. I don’t see us moving from the bus into anything traditional. It would be something equally ridiculous.” Despite being happy and contented with their compact but comfortable home, the couple admitted that there are some issues to be worked out in their home. “We have had frozen pipes, no running water, we’ve run out of propane in the middle of the night and had no heat, no hot water, we’ve lost electricity,” Starla confessed. 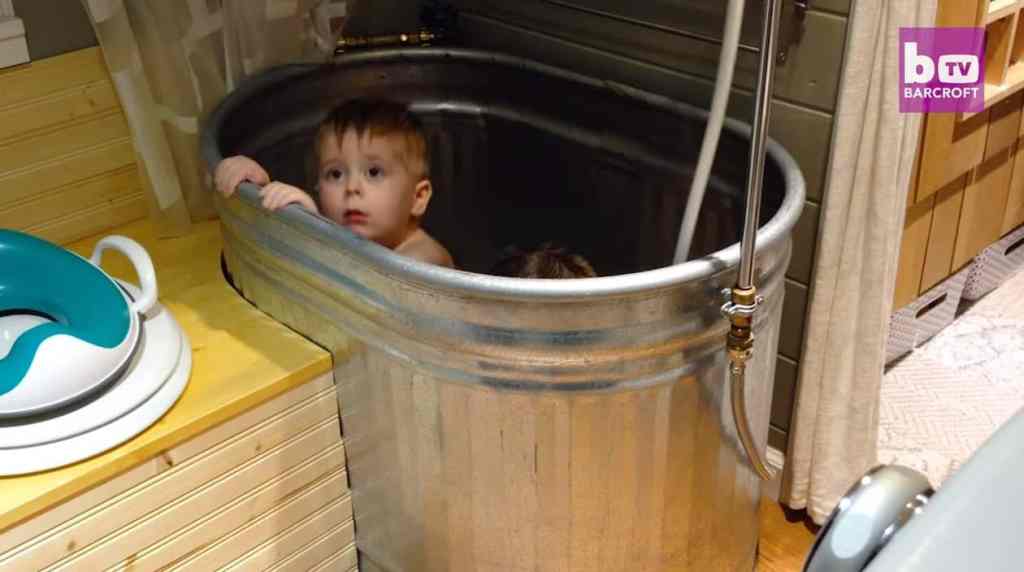 “Whenever any of those things happen, I’m just grateful that they haven’t all happened at the same time,” Starla added, sharing how her positive outlook in life kept her going. Regardless of these issues, Brian and Starla are both happy to move out of rental apartments and transfer to their compact home. After all, they were able to save a lot of money and also learned a lot of things that made them feel better about themselves.

“Living in a tiny space is really a test of your organizational skills and really a test of your discipline skills because you have to keep the space clean.” Brian shared. As advice to people and families who are struggling from making ends meet, Brian strongly encourages people to give new ideas a try. Brian and Starla are documenting their family journey on their own Youtube channel to raise awareness to others that living like this is actually possible. 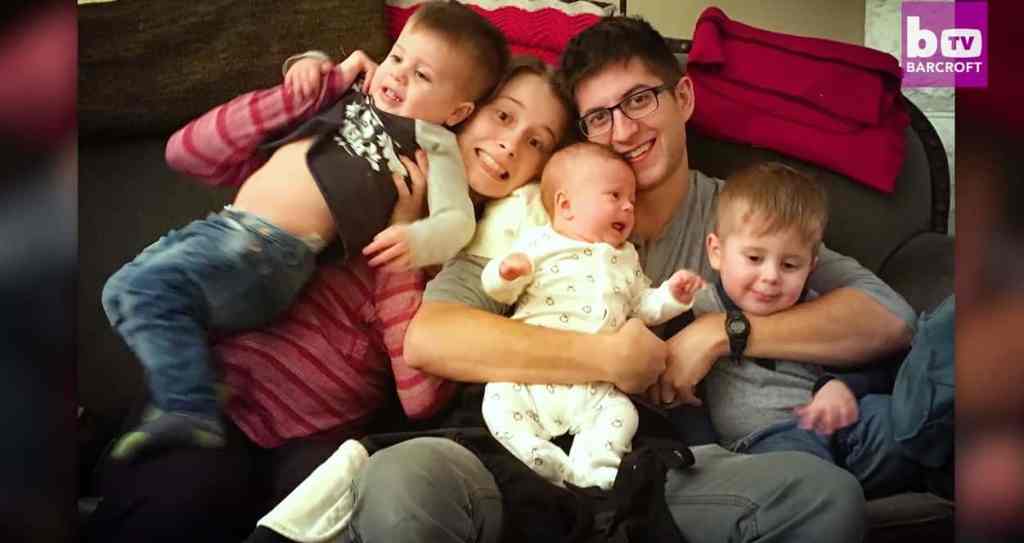 “When you’re in a bad situation – you can either stay in the same place and die a slow death or you can get creative, think outside the box, take risks and do something scary and I think there are rewards there.” Watch the inspiring video below and learn more about the Sullivan family- a family who are now enjoying the fruits of the risk they were not afraid to take! You can get to know them more here as well! Source: https://mypositiveoutlooks.com/