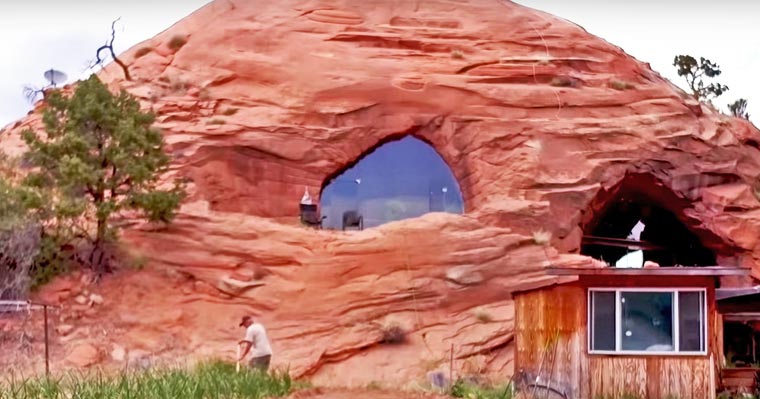 When people are asked to describe their dream house, most would say they want to live in a sprawling mansion complete with everything they need and some luxuries. But for Utahn Grant Johnson, that was never the goal. He wanted to go old school and off the grid, so he built a cave home in the desert!

It took Johnson nearly 30 years to build the 5,700-square-foot underground chamber in the Boulder desert. He spent around eight years blasting a hole in a hillside with dynamite and another 20 years installing modern conveniences in the home. 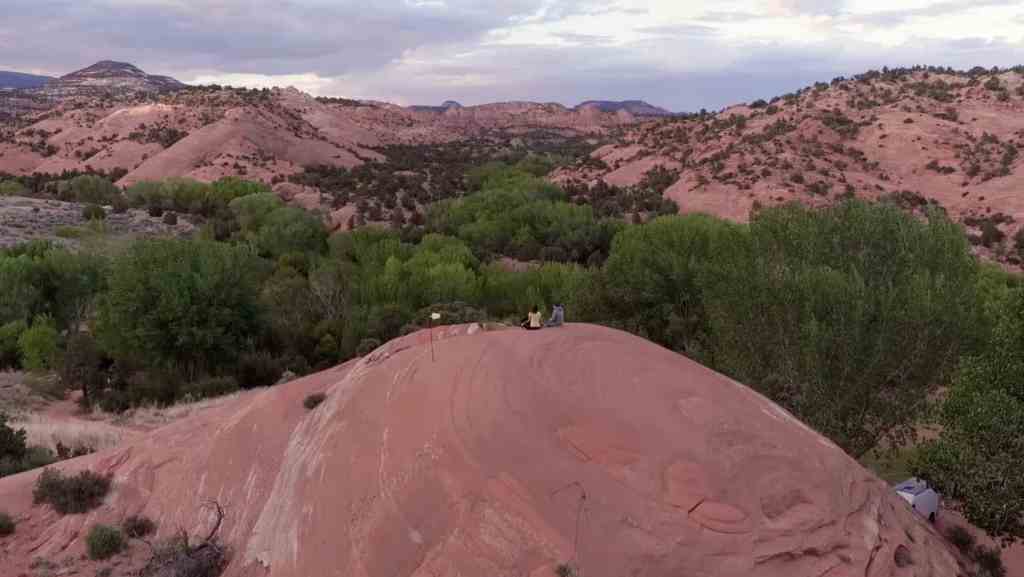 Johnson was inspired to build the BedrocK Homestead after leaving high school and moving to Moab when he was 17. He spent most of his time hiking and working in the town’s mines.

“I got involved in stabilizing Indian ruins, and I got more and more into the wilderness,” he said. “Then I did not see any news, did not read anything–I completely got away from it.”

Johnson became drawn to nature living and decided he didn’t want to depend on public utilities to survive. He wanted to irrigate and source his own food in the canyons, so he bought a large piece of land and built a house in the desert. 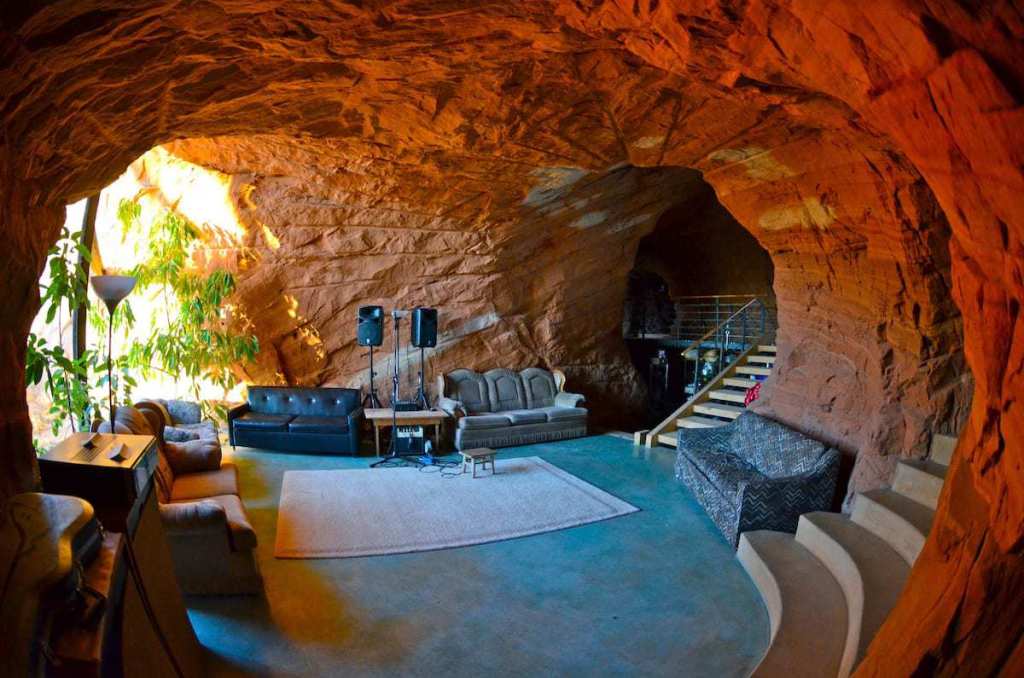 In 1995, he started blasting unwanted rock material in the area and sourced other materials to make the cave more liveable. The land remained untouched for a few years before he accumulated enough savings to complete his project. Johnson blasted more holes to allow natural light into the space, reinforced windows with steel, and installed glass so he can enjoy the spectacular views outside.

Johnson lived in a trailer without electricity or running water for 25 years while the house was being built. Using a massive water wheel, he eventually devised a means to provide energy and run water into the house. 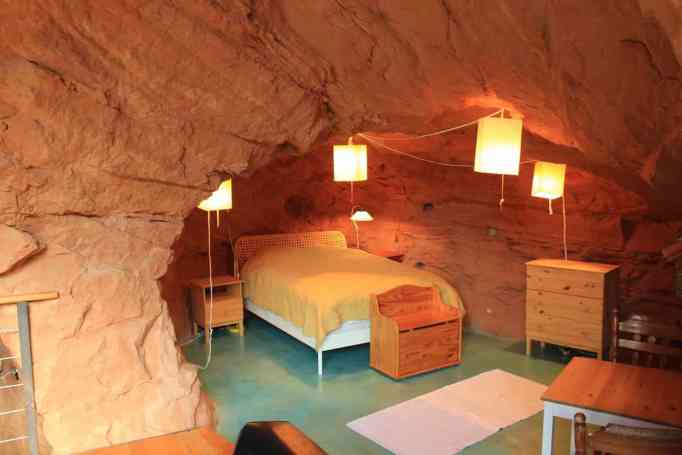 He has created a mini-ecosystem that will supply him with veggies and fresh meat on a regular basis. “The greatest crop is tomatoes, peppers, and corn potatoes, with a lot of garlic,” he continued, “but then there are all kinds of little stuff like greens, carrots, and beets.”

“I love bacon, sausage, and that pork, so to raise pigs, we have to have a cow that is milking because the pigs eat the milk–otherwise, it is not worth it.”“It costs so much to feed them, so we would feed them milk,” Johnson added. “You have to get the milk cow bread and then you have to milk it,

and then you have to have a way to feed the milk cows–that is what all these fields are for is feeding the animals, horses, and cows.” With all of these provisions, it means the house is self-sufficient! 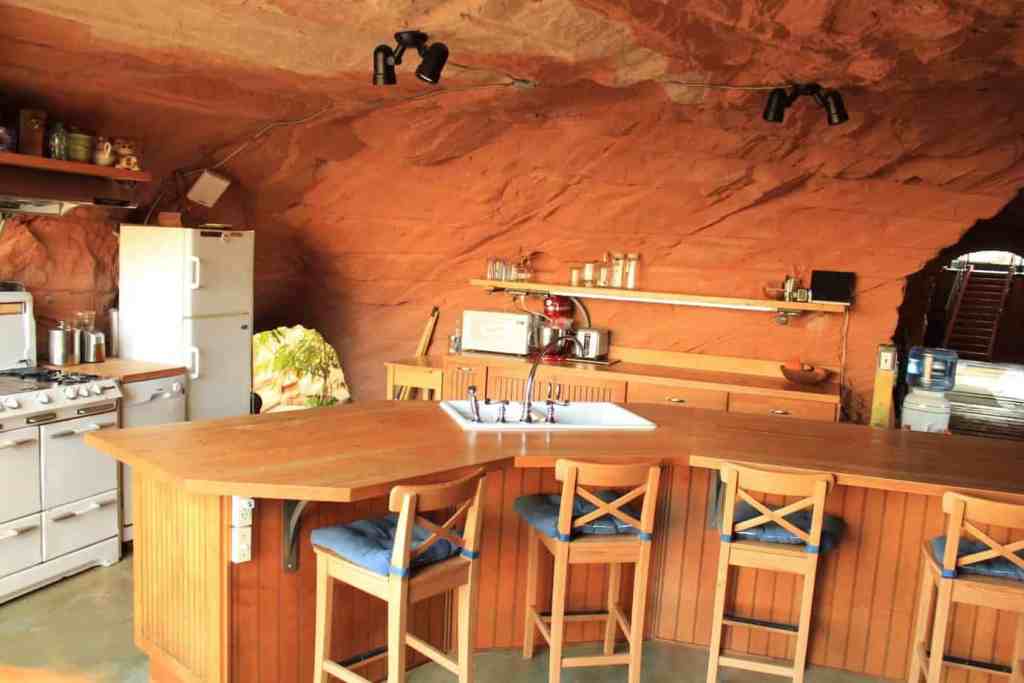 Johnson is renting out the BedrocK Homestead on Airbnb to supplement his income and share his experience with others. He describes it as a “rugged” yet “tranquil” working farm. Two bedrooms, two baths, and a music studio are available in the cave.

It’s fully equipped and decorated in a contemporary style. A private patio with a BBQ, mini-fridge, microwave and drip coffeemaker is also available. There is internet connectivity, although it is restricted.

“People get inspired by it,” Johnson said. “I didn’t expect that so much. And it really is the case. Positive living in a negative space.” Johnson loves the home he has built and his lifestyle. If you want to experience living in this desert paradise, you can book a stay at Airbnb.

Take a tour inside this incredible cave house in the video below!