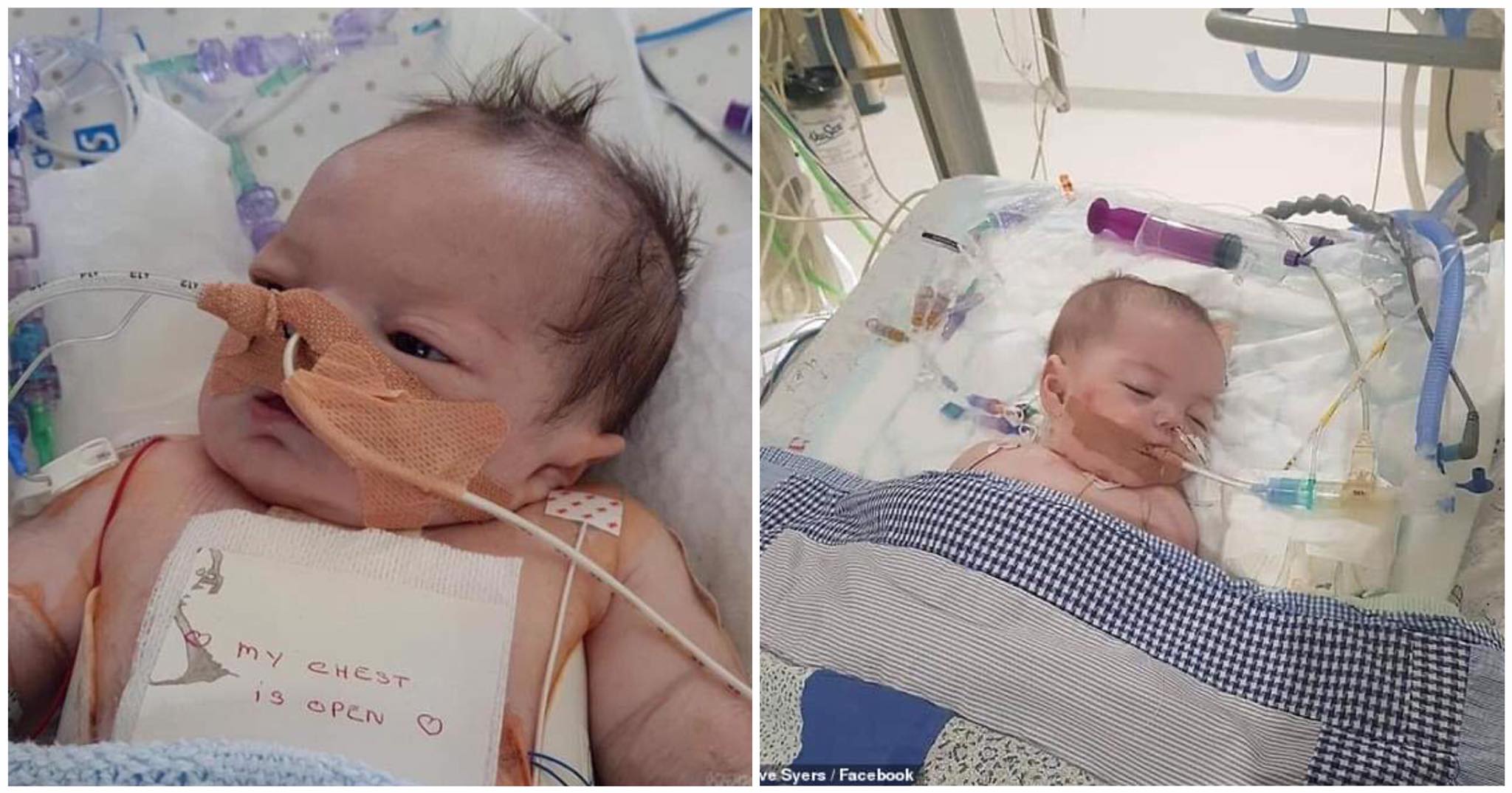 A 9-month old baby had 30 heart attacks in total and has been through 17 surgeries, Theo Fry has defied death even before turning one year old. Theo was rushed to the Alder Hey hospital in Liverpool due to blood poisoning as his mother says ‘everyone expected him to die. He was later diagnosed with an interrupted aortic arch, which means it had two holes in it and was not pumping blood in the body. 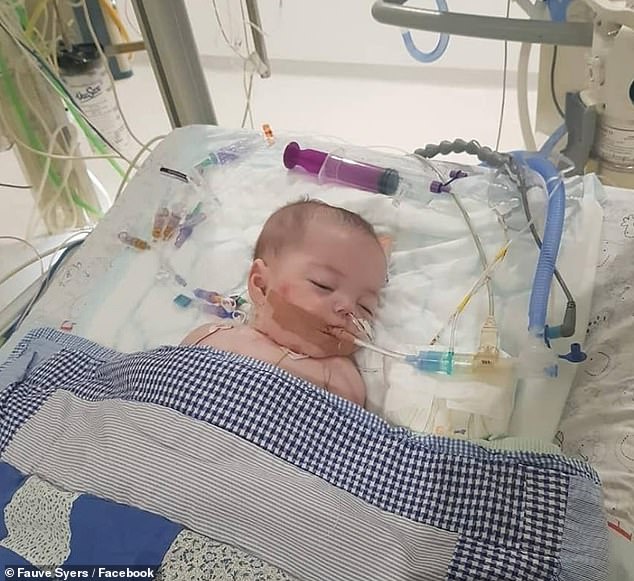 Again he returned to the hospital after it seemed he was recovering, he had repeated heart attacks in January 2017 but fought back to health, stunning the doctors. Brave Theo has been battling health concerns ever since he was only 8 days of age in May 2017, as his parents say that his symptoms suddenly appeared. His mom, Fauve Syers, 30, recounts how one day he was feeling sleepy and then all of a sudden became blue and grey.

He was rushed to Salford Royal Hospital, where a team of 40 doctors were left baffled by his condition. Fauve and Theo’s father Steven Fry, 35, were told that Theo was critical and although medics didn’t know what was wrong with him, they told them that Theo had heart failure and needed an operation, or he would die On January 31 he was operated on by surgeon Dr Ramana Dhannapuneni and as the operation was on, 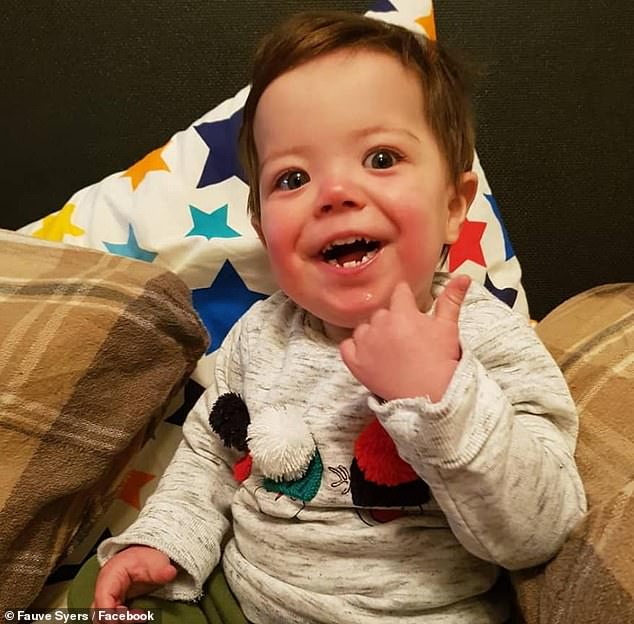 he suffered a heart attack and again another one as he spent three months in Alder Hey. He then contracted sepsis and battled it and went home in July 2017. But the war was not over, as he was back in hospital again with a dangerously high heart rate and on December 21, he suffered another heart attack, and when his heart stopped for 12 minutes.. He again suffered two more heart attacks before January 31 where he had 25 cardiac arrests in 24 hours.

‘He experienced 25 cardiac arrests in 24 hours,’ his mother stated. ‘It was horrible,’ she continued. He was getting hit after hit. He couldn’t take much more, I realized. Nurses would call for the arrest team every time it happened. In intensive care, he had the most buzzers pressed overnight that anyone can recall.’ “Oh my god, please don’t let this be his last breath,” she pleaded as she watched the resuscitation teamwork on him with each chest compression. 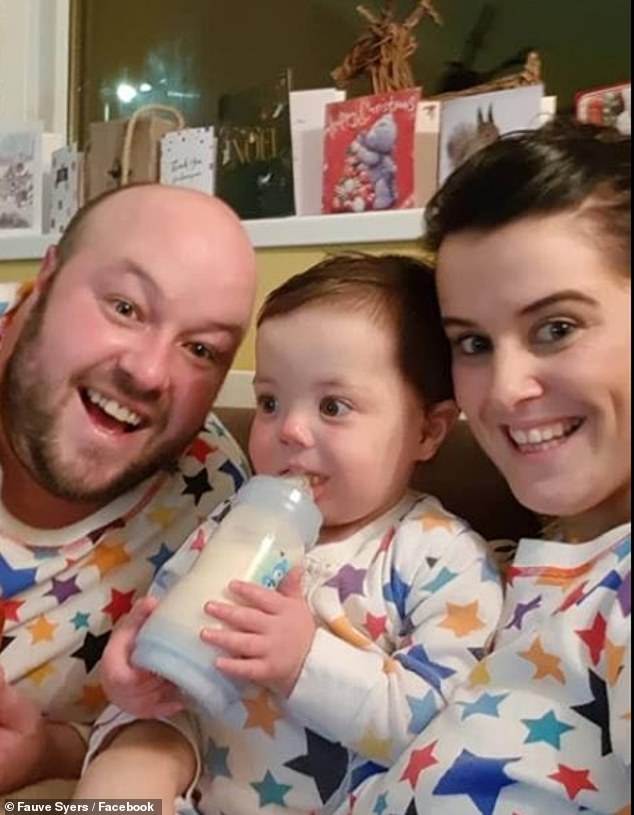 Dr. Ramana operated on him and although never expected him to survive, still conducted it as Theo would die if the procedure didn’t take place. Dr. Ramana said that the operation was risky and realized that Theo’s left ventricle was covered in scar tissue, so he opened the ventricle and Theo was much better and was able to leave the hospital. His mother added: ‘Everyone who sees him says how happy he is,’ says Fauve.

‘It’s incredible what he’s been through. He’s so strong.’ Dr Ramana Dhannapuneni said: ‘Theo suffered the most arrests in 24 hours I have heard of – it is very rare and unusual. We had to operate immediately, as he wouldn’t have survived much longer. ‘It was very risky. It could have gone either way. But he pulled through and his recovery was amazing. The difference in him is incredible.’