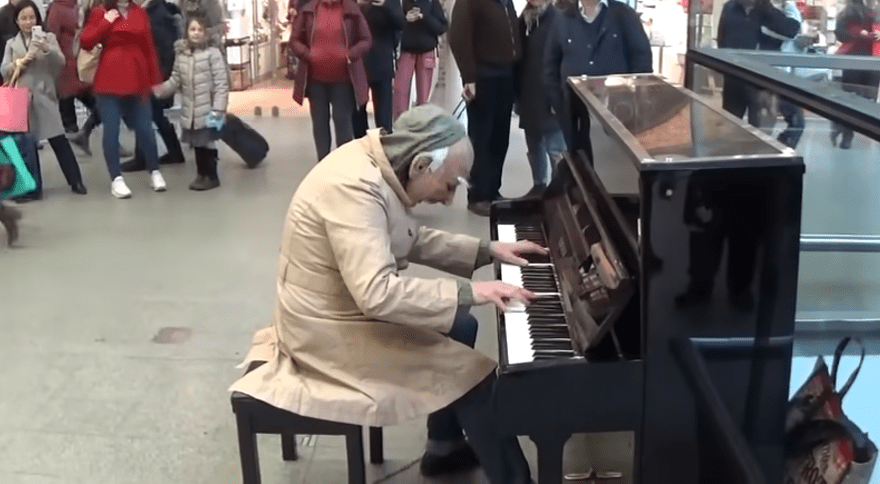 Music makes life so much better. There’s never a bad time for some good music. Playing the piano requires a set of talents. You don’t just have to have a good ear for the perfect melody, but you also need fast hands to play the right key at the right time! 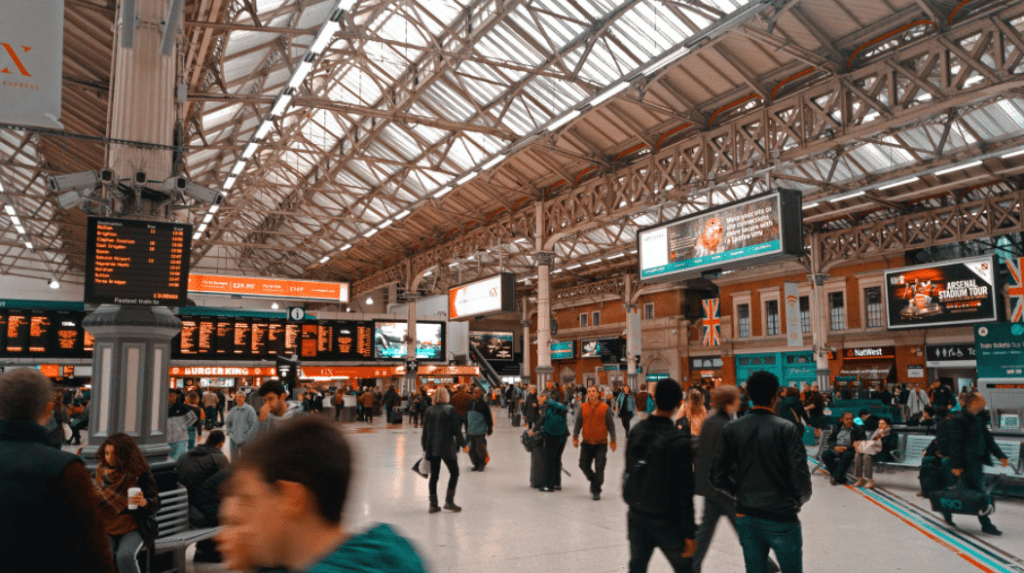 Many of us have probably seen a public piano at some point in our lives. Especially if you’ve been to London, where public pianos can be found virtually everywhere. A public piano lies in the famed St. Pancras International Train Station in London, where many passers-by have demonstrated their talent.

In January of 2020, an elderly gentleman decided to perform “Dance Monkey” on the St. Pancras piano. Tones and I’s song “Dance Monkey” has been seen over a billion times on YouTube, indicating that it is unquestionably popular. 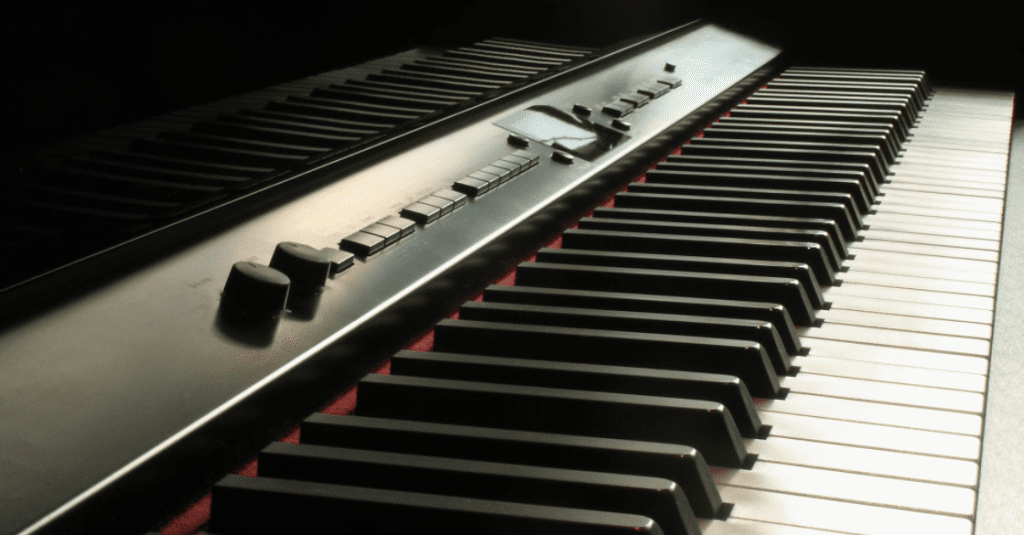 Seeing someone wearing a “grandpa mask” playing the public piano is indeed intriguing, so a lot of people stopped by to record the man effortlessly playing the keys. Around 3 minutes since he started playing, the masked man stood up and started jumping up and down while banging his head along with the beat of the music he’s producing. 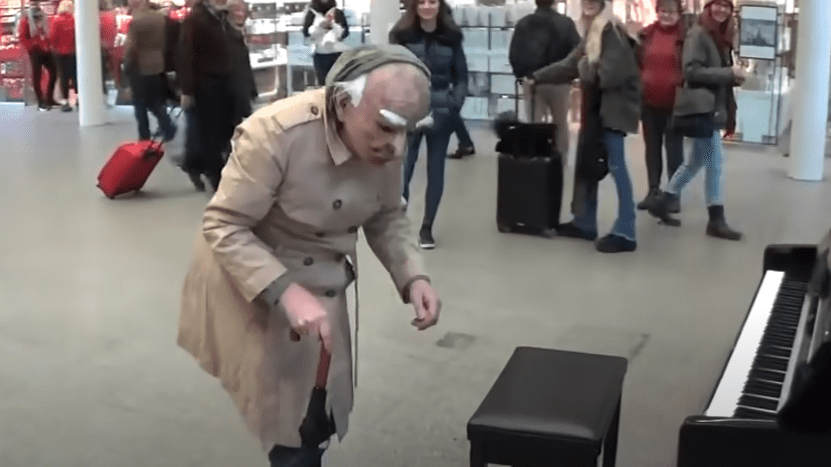 Later on, the masked man revealed that he was Terry Miles himself all along. What an amusing scene to pass by during your commute! Watch Terry Miles play the public piano in a train station in the video below.