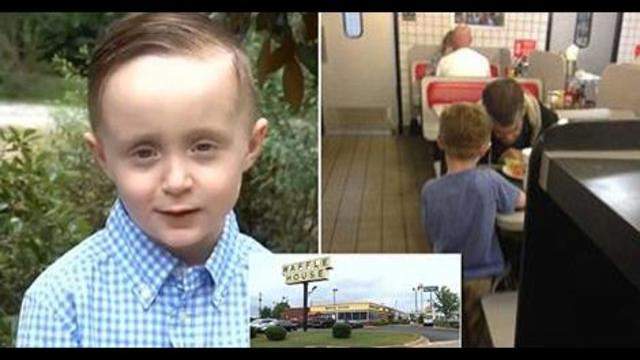 When Josiah Duncan, 5, encountered a homeless man in a Waffle House, he was perplexed by his appearance. The man appeared to be less well-groomed than the other clients; his clothes were soiled, and he dropped his head low, perhaps staring at the table.

Josiah interrogated his mother about the man, attempting to figure out why he was wearing filthy clothes and why he appeared hungry but was seated without a menu.

“Where is his house? Where is his family? Where does he keep his groceries? Why…?” little Josiah asked his mother, Ava Faulk.
“Well… because he’s homeless…” his mother began to explain.

“What does that mean?” Josiah asked. His mother responded, “Well, that means he doesn’t have a house.”After learning more about the situation, Josiah became concerned that the man would then be sitting hungry and alone at the table without being able to eat anything.

Josiah then asked his mom if they could buy him a meal. “He didn’t have no food,” 5-year-old Josiah said. His mom agreed, and little Josiah jumped up to go and greet the homeless man.

“So Josiah jumped up and asked him if he needed a menu because you can’t order without one,” his mother explained. The homeless man agreed and asked for the cheapest hamburger that they had. Ava insisted that he order anything that he’d like.

“Can I have bacon?” the homeless man asked. “I told him get as much bacon as you want,” Ava said. As his food arrived, Josiah joined the homeless man because he wanted to say a blessing with him. 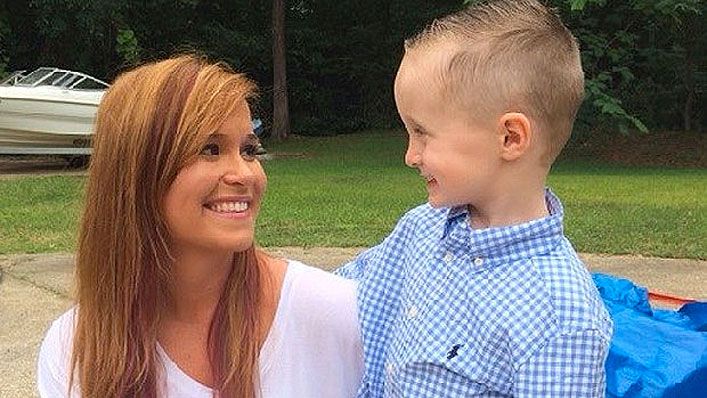 As Josiah sang, tears started to fall down the homeless man’s cheeks. Josiah’s mom also began to tear up, and as she looked around, the rest of the restaurant had heard Josiah’s singing, and the eleven other customers were all also crying tears of joy.

“That man just cried, and everybody else in the waffle house just cried,” Ava said. “You never know who is an angel on Earth, and when the opportunity comes, you should never walk away from it,” she said. You are Loved!

Watch this adorable interview with Josiah: