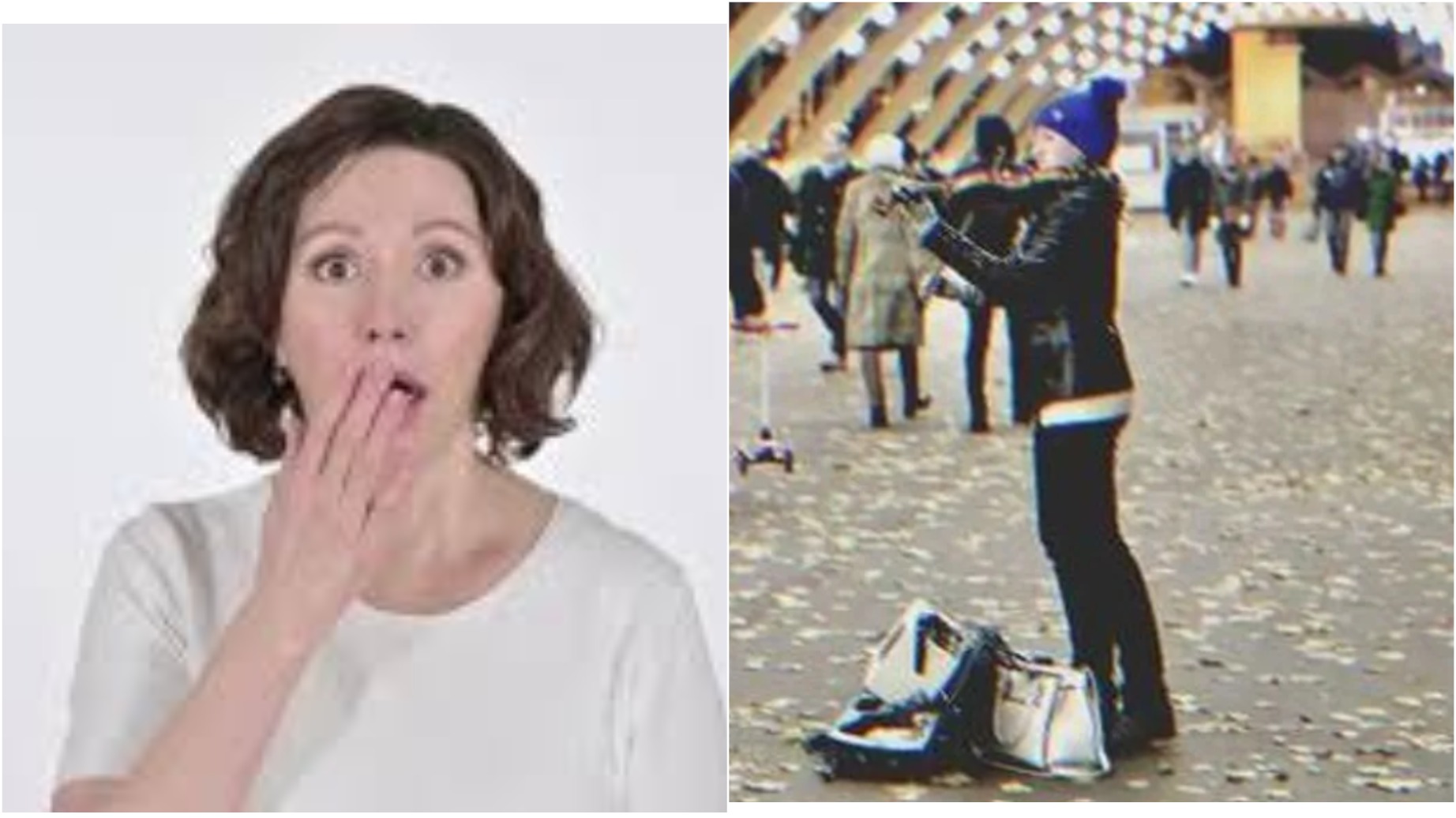 Julia lost her husband, Stephen, years ago. They met when he was a music student, and he wooed her with a unique composition. Sadly, she hadn’t heard the tune in years until she walked through the park with her daughter, and someone surprising was playing the violin.”It’s a beautiful day, Mom,” Dana told Julia, holding her arm to help her walk down the park in Boston, Massachusetts. They walked through that park for many years, particularly in the last couple, because busker musicians always played there!

Julia was blind, and music had always been her greatest passion. She liked to listen to the musicians in the park because her husband, Stephen, was also a musician. He died years ago from natural causes, but it was still heartbreaking. Stephen had been a student at the New England Conservatory of Music, specializing in piano and composition. Meanwhile, Julia took lessons at Boston University, as they had an excellent program for the visually impaired. They met accidentally and Stephen fell in love immediately. Julia wasn’t sure about it at first because of her blindness, but eventually, Stephen wooed her with a particular composition he made just for her, and they started dating. They got married, had Dana, and lived a wonderful life together. Now, Dana had her own family, but she still picked Julia up every afternoon for their stroll around the park. They talked like girlfriends did and often remembered her father. Julia really appreciated her daughter for caring so much and never leaving her alone.”I can feel it in my face, darling. Summer is coming soon.

I can feel it in the air,” Julia said, taking her light-blocking glasses off for a second to enjoy the breeze. Then a familiar tune jolted her senses. “Mom! A violinist! Let’s go listen,” Dana exclaimed and led her mother towards the direction of the music. But the closer her daughter led them to where the sound was coming from, the more shocked Julia was. The music was not just any melody. It was her song, the one Stephen had written. Julia would never forget that tune in a million years. They danced to it at their wedding. Stephen played it for her almost every night of their marriage. Even if she had not heard it in years, she would recognize it anywhere. Tears started falling from her eyes, shocking Dana. “Mom, why are you crying?” she asked in concern. “Don’t you recognize the song?” Julia replied, smiling brightly despite the tears on her face.”What? No… hmmm. Wait a minute,” Dana listened, and finally, she understood. “It’s your song. The one Dad wrote.” “Yes, it is,” Julia said, and they both stood in silence to listen to the music.

When the tune was finally over, Dana couldn’t help her curiosity. There was no way a stranger could’ve just played it. Stephen had written it, and only their close family and loved ones had ever heard it. She dragged her mother towards the musician. The violinist was a beautiful woman who smiled at Dana and Julia. “Hello there! That song was amazing! Can I ask where you heard it?” “Hello, thank you. Hmmm… well, I’ve known this song for many years. All my life, really,” the musician responded as she kneeled and packed the violin. “But that’s impossible,” Julia whispered, making the woman stand up and stare at them with her brows furrowed. “What are you talking about?” she asked, still frowning at the women. “I’m sorry. My name is Dana, and this is my mom, Julia. That song you were playing. It was written by my Dad for my mom many years ago when they were students at college. We just wanted to know how you know it because he only ever played it for the family,” she explained gently.

“Oh… that’s weird because… well, I’ve had this song since I was born, I think,” the woman began, still somewhat confused by this whole exchange. “My name is Gloria, and I was abandoned at an orphanage as a baby. My adoptive parents explained that when they got me, the orphanage gave them a music sheet along with the belongings my birth mom left with them. I learned to play the violin because of it.”

“Wow,” Dana said, her eyebrows furrowing too.Gloria continued, “Is there any chance you might know who my birth parents were? Or any chance I’m part of your family then? If your father wrote this song, he must know why the sheet of music was with me.” “My dad died years ago. He never said anything about leaving a music sheet with someone else,” Dana responded, pursing her lips. “But it’s amazing! No one else has ever recognized this song. I think this could help me find my birth parents,” Gloria stated, almost too happily. But Julia was thinking deeply. Obviously, she couldn’t see what this woman looked like, but she sounded honest. “Perhaps…,” she began. “We could take a DNA test.” “What?” Dana exclaimed, looking at her mother as if she was insane.

“Do think you could be my mother, ma’am?” Gloria asked Julia hopefully.”No, dear. I’m sure I only had one daughter. I would remember having another. But I mean… what if you’re Stephen’s kid?” Julia suggested. “That’s impossible, Mom,” Dana countered. “Your dad was a very handsome man, dear. He could’ve gotten someone pregnant,” Julia insisted. “Would you be willing to get tested with Dana? We could try to find answers that way.” “Of course!” Gloria replied, seeming excited about the idea. Dana and Gloria got tested to see if they matched, and they also got an ancestry kit from the internet to see if anything popped up. The test revealed that they were most likely half-sisters, which shocked them greatly because it meant that Stephen had fathered a child, and they didn’t know if he knew about Gloria at all. But more surprisingly, Gloria matched with a woman named Sarah on her ancestry kit. They got her phone number from the database and scheduled a FaceTime call with her.

They initially recounted everything, including how they all met because of the song, before asking if she knew anything about it. Looking at Julia via the screen, the woman let out a deep sigh. “If you recognize that tune, it indicates you’ve met Stephen. He was a charmer, to say the least. He composed songs for nearly all of his girlfriends. He said he composed that one for me, but I’m not sure whether that’s true.” Julia’s mouth opened, but she was not angry. She found it amusing and almost snickered during the phone chat. Dana grinned as well, remembering her witty father. Gloria, on the other hand, was curious. “So you’re my birth mother?” she inquired. “Yes. We split up, and I subsequently discovered I was pregnant. I missed the early warning flags. I couldn’t have a child at the time, so I did the only thing that came to mind.

I’m hoping you’ll forgive me for that. I’d lost contact with Stephen and honestly didn’t want to have anything to do with him again “Sarah responded truthfully. Gloria whispered, nodding her head at the television, “I can comprehend that.” “Anyway, he gave me the music sheet as a gift, and I thought I’d leave it with you. I’m not sure why. I guess I assumed you wouldn’t be completely alone if you had something from him “Sarah explained with a shrug of her shoulders.

They talked some more until Sarah had to leave, but Gloria was promised they could talk again soon if she wished. The three women giggled when the phone call ended. “”Well, that explains everything,” Julia said, turning to Gloria. Can you please play that song again?” Gloria grinned and took out her violin to entertain Julia and Dana. She became close to Dana and introduced them to her adoptive family.