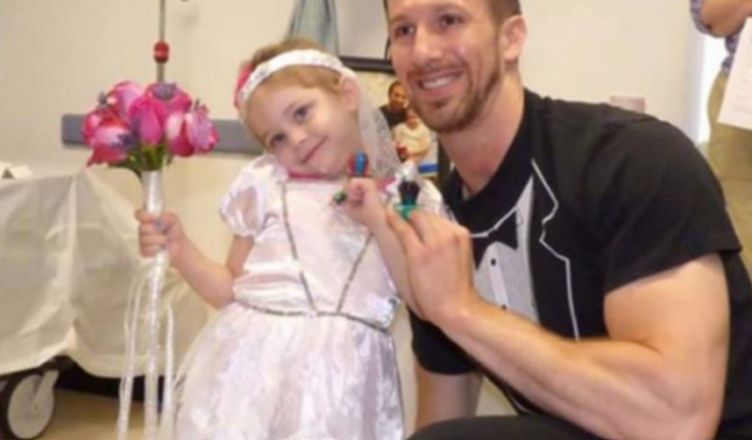 The baby in the photo is Abby, who doctors diagnosed with a complex form of leukemia. Almost all 4 years of her life, the girl spent in the walls of the hospital, where she desperately fought for her life. Even such a serious diagnosis could not break the optimism of the girl, so she constantly smiles and hopes for the best! 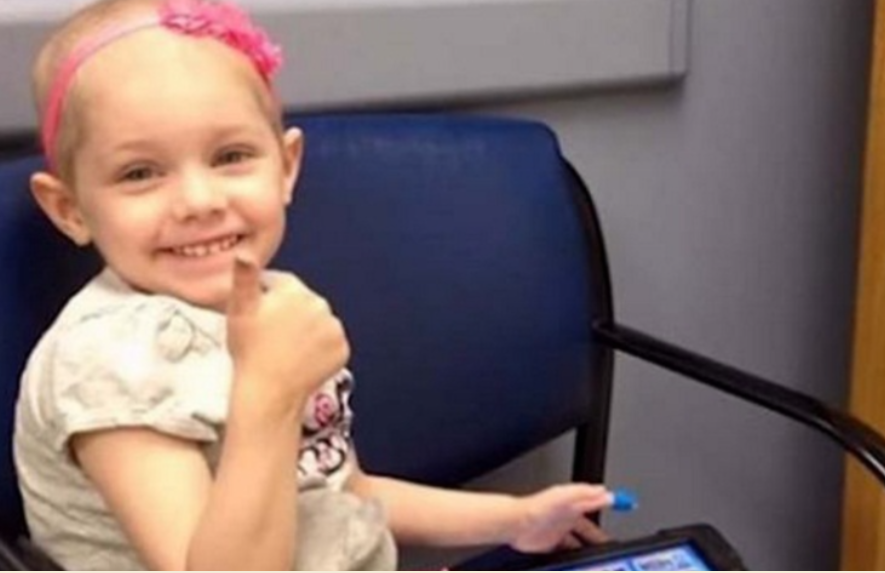 According to Abby’s mom, little Abby was looking forward to one day marrying her prince charming and favorite nurse, Matt Hickling, who she met when she was in the hospital and undergoing treatment.“Abby herself is really bright and charismatic. She has a smile that can light up a room or the whole center really,” Hickling told NBC News. “She has a face you really can’t forget.”

Kind Matt accepted her mother’s invitation to stage a wedding. According to NBC station WNYT, the Melodies Center for Childhood Cancers staff held a proper hospital wedding for the little girl on Thursday, complete with a rose petal aisle and nurses as bridesmaids. Hickling, Abby’s nurse for nearly a year, even dressed up in a tuxedo T-shirt to go with his scrubs, and the two celebrated with cake and ring pops. 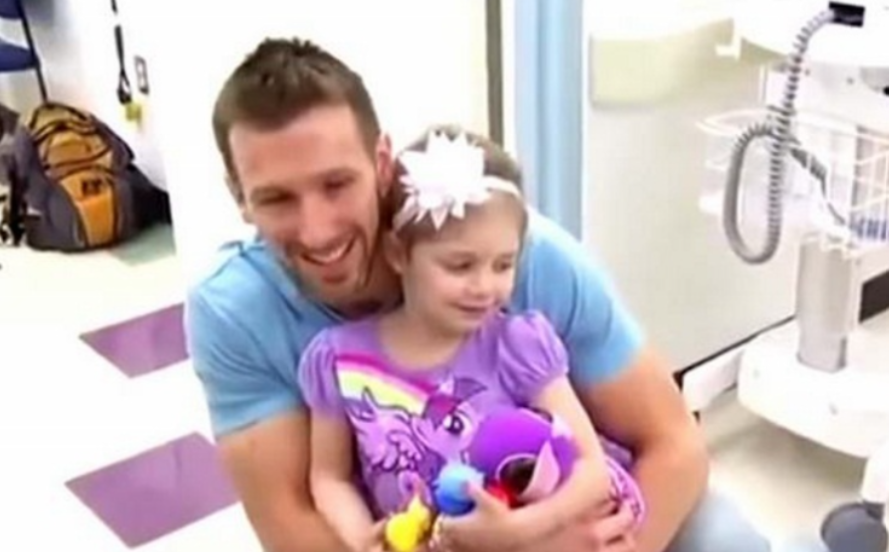 According to Hickling, the video exemplifies the staff’s collaborative efforts in putting on the ceremony in less than 24 hours. “We can create these memories for them [the patients] to cherish,” Hickling said. Abby has been feeling great lately, according to Hickling. She has another year and a half of maintenance therapy left before entering remission. The video of the ceremony, posted by nurse Lori Ciafardoni, has been viewed over 24 million times on Facebook. Abby told WNYT that it was the “best day ever.”