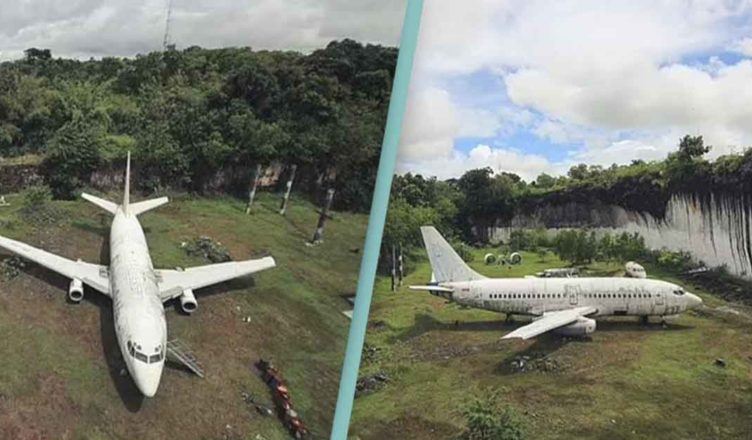 Bali, a province of Indonesia and the westernmost of the Lesser Sunda Islands, is without a doubt one of the most breathtaking places on Earth. It represents a magical blend of cultures, people, nature, activities, weather, culinary delights, nightlife, and a lot more. The fun and sun seekers describe it as the paradise on Earth, and we have to agree with them.

Despite all its natural beauties, there is something else that serves as a tourist attraction in Bali. Believe it or not, it is an abandoned Boeing 737 which simply appeared beside the Raya Nusa Dua Selatan Highway, resting in a limestone quarry. The truth is that no one really knows how the Boeing ended up there, and locals have different stories to tell about it! 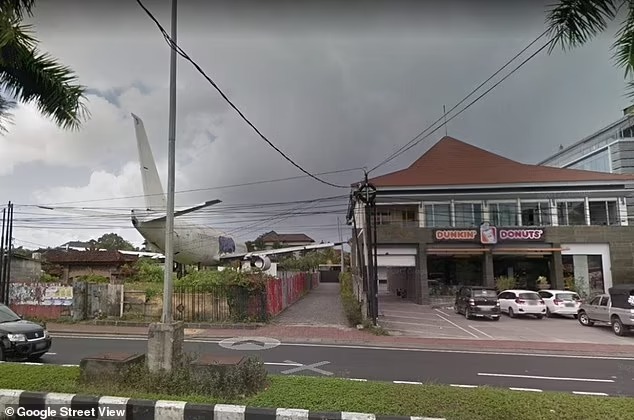 Some believe that the plane was brought up in parts and later put together in the deserted location by an entrepreneur who wanted to turn it into a restaurant but then let go of the idea. However, this isn’t the only abandoned Boeing in the area. Another one lies beside a Dunkin’ Donuts location and just like the first one, this one is a tourist attraction as well.

The second one is relatively easy to find, whereas the first is surrounded by a swarm of ship containers and requires a guide to get to. The plane bears no branding, and another legend claims that it once served as someone’s home. It arrived on the island in 2007, but it wasn’t until 11 years later that it became a tourist attraction.

In 2021, residents of Bali noticed yet another jet perched atop a cliff at the Nyang-Nyang beach. This one is known to belong to a Russian named Felix Demin, who landed the plane there to attract tourists and pique their interest. He hopes the location will become popular among photographers and plans to convert it into tourist lodging. 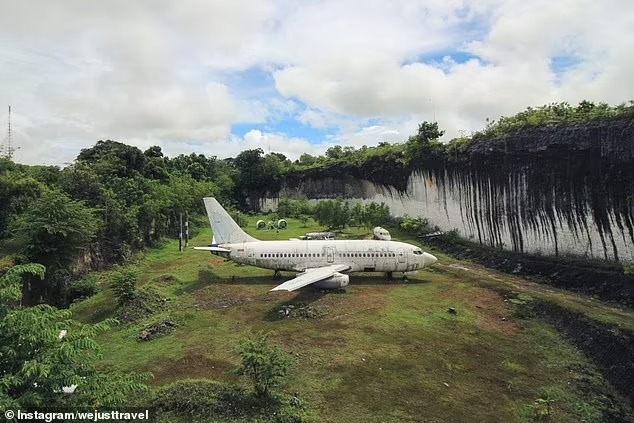 However, no matter how good Demin’s idea sounds to some, others believe the plane atop the cliff will ruin the view of the sea. Check out the video below for more information on these abandoned planes. If you visit Bali and want to see the Boeing 737 and the rest of the abandoned planes, Atlas Obscura spokesperson Tony Dunnell has a few tips and tricks to share. “Because the plane’s view is obstructed from the highway, you must keep your eyes open or you will miss it.” You’ve arrived when you come across a wall of sea containers on the side of the road.

Climbing onto the containers that surround the plane allows you to see it. For a better view, go a little further down the road and look for a path that leads up above the plane. “There will be a small fee to enter because the plane is on private property,” he explained.