Kind neighbors banded together to buy a new car for a man who had delivered pizza to them for over 30 years, always with a smile. Tanner Langley, 28, of Tipton, Indiana, has known the same pizza delivery man since he was a child. Robert Peters, the delivery man, is known for always having a positive attitude and a smile on his face. Tanner explained, “The town of Tipton calls him Mr. Smiley.” “He has that effect on everyone, and he’s a very kindhearted person.”

Robert has worked for Pizza Hut for 31 years, but his 28-year-old Oldsmobile recently broke down. Some of his regulars wanted to help after learning about “Mr. Smiley’s” situation. Tanner informed his neighbors that the cheerful man who delivered their pizzas needed a new vehicle, and he set up a GoFundMe page in the hopes of raising enough money to assist Robert. 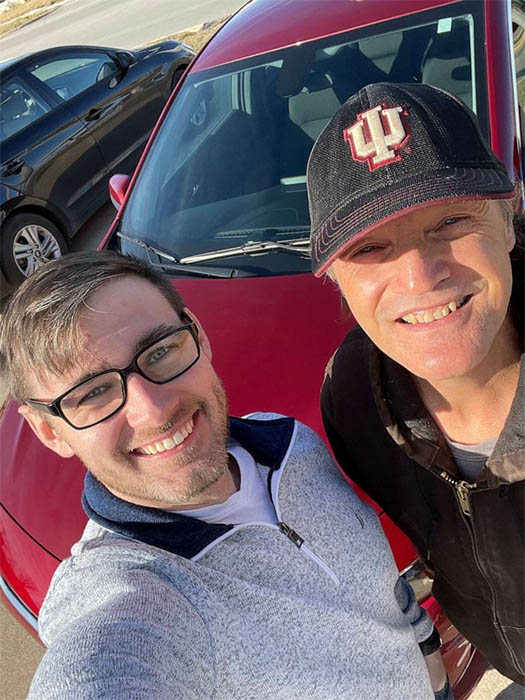 Within a week, word spread throughout the community, and generous people donated and raised more than $18,000 for their beloved delivery driver. They then bought Robert a Chevy Malibu and had enough left over to cover registration, insurance, and taxes, as well as give it to Robert as a thank you gift for his many years of smilingly serving them. “Robert received his new vehicle today!” Tanner revealed in an online post.

“You’ll be glad to know that he was all smiles when he got his new car, but that comes as no surprise to any of you because he’s always smiling!” “I’d like to thank each and every one of you for your contributions, your willingness to spread the word about this fundraiser, and your incredibly kind hearts.” All of this was made possible by the wonderful people in our community, and I cannot thank you all enough for your contributions. This community raised over $18,000 in just one week!” 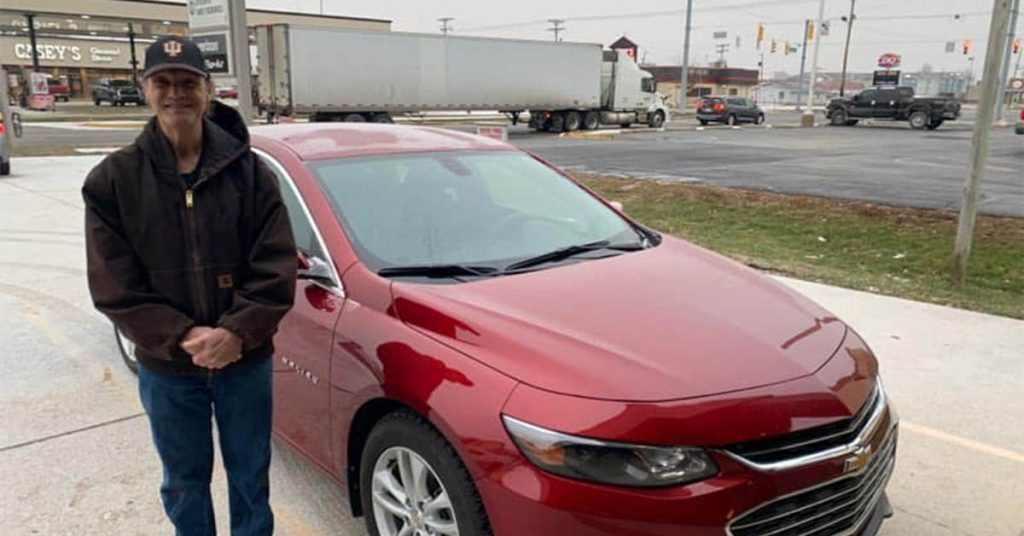 “We were able to get Robert an awesome car and cover all the fees, taxes, and insurance, while also leaving plenty of money for his own personal benefit, thanks to cash donations and funds donated to the GoFundMe account!” “I’d like to thank Dan Young in Tipton for assisting me in obtaining a great deal on a vehicle.” They made the transaction extremely simple and inexpensive!

Robert is more than deserving of this vehicle, and I hope that this community will continue to “pay it forward” to him every time he knocks on your door. Thank you all once more.”
Robert was deeply moved and grateful for his community’s gift of a new car. “I just hope that everyone who helped make this happen is as blessed as I am,” Robert said. “This has been an incredible experience that I will remember for the rest of my life.”