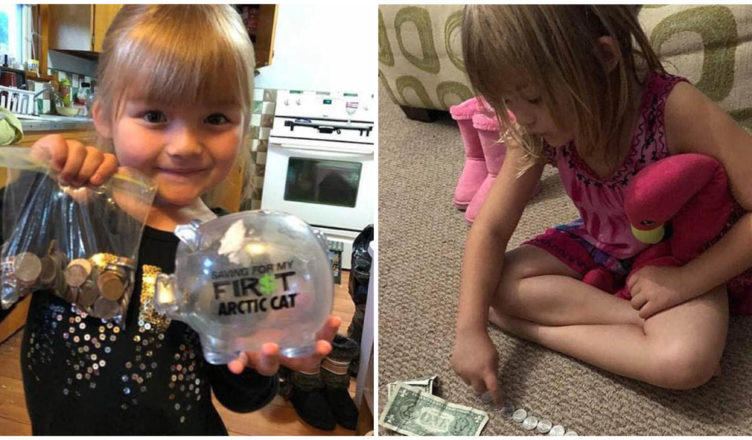 When Jackie Oelfke saw her 5-year-old granddaughter, Sunshine Oelfke, digging through her piggy bank one day after school, she asked her what she was planning to do with the money?

The sweet girl’s reply both broke and melted Jackie’s heart. “She said she was taking it to school for milk,” Jackie said. “I explained that I had already paid for her milk for the month, 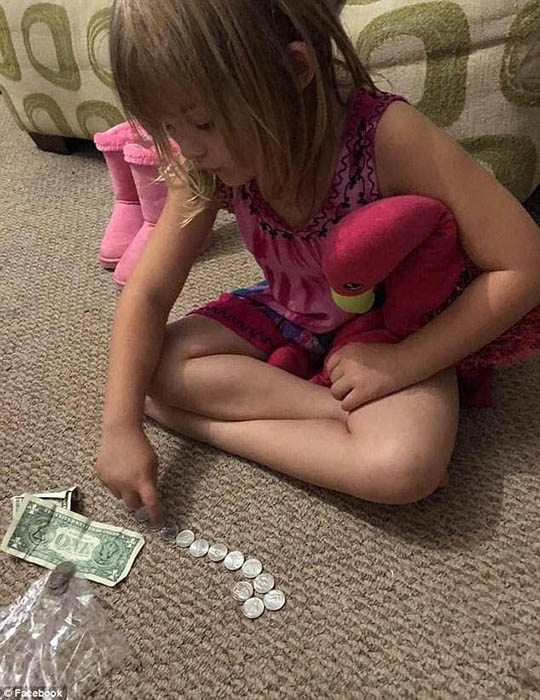 then she looked at me and said I am taking milk money to school for my friend, because my friend wants milk, and I want my friend to get milk, too,” said Sunshine.

“We like chocolate milk, together.” Sunshine had been saving her spare change and a few dollars in the hopes of one day purchasing a snowmobile, but she had made the decision on her own that supporting her more important. 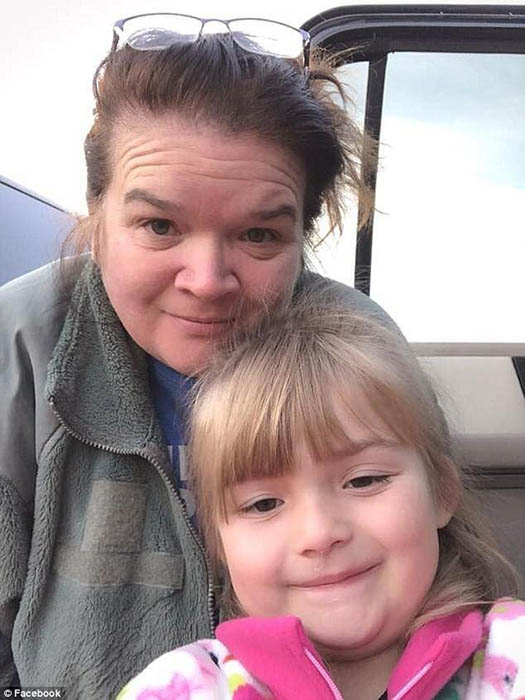 The next day, Sunshine and her grandmother went to school together, and the sweet little girl was carrying several plastic bags filled with milk money for her friend.

Jackie explained to the kindergarten teacher what the money she brought was for. Sunshine motivated Jackie to start a GoFundMe for her classmate’s milk money, 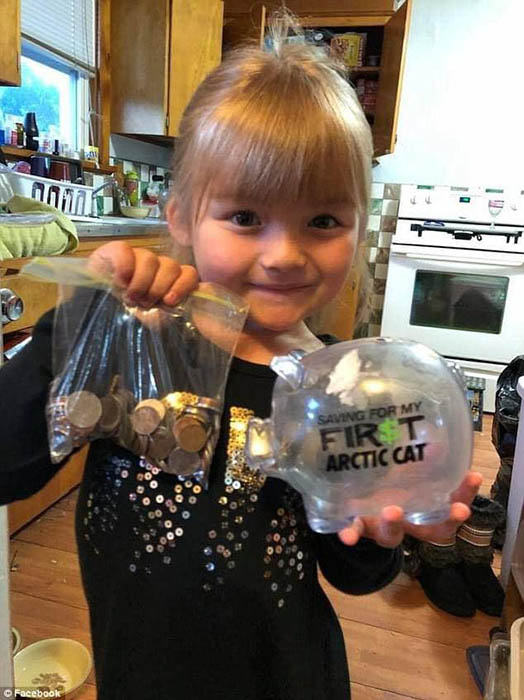 with the objective of reaching $800 to cover everyone’s milk for those who has no money of the semester. Kind people from all across the world surprised her by donating a total of $19,730.