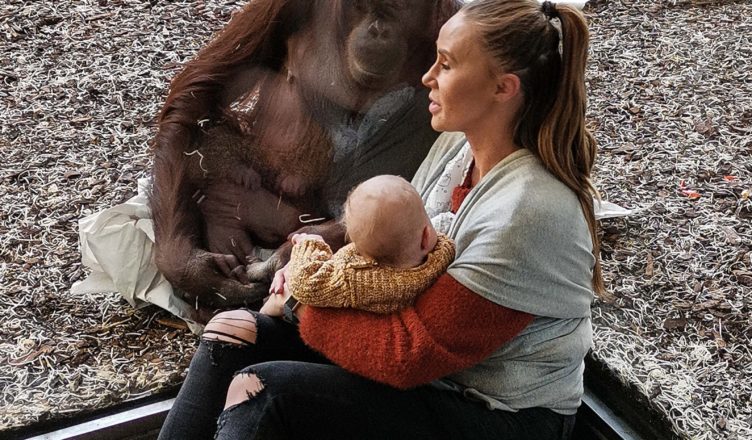 Gemma Copeland, 30, was visiting Schoenbrunn Zoo while on holiday in Vienna, Austria, with her 15 week-old son Jasper and partner Shane, 31.Gemma is a keen traveler and she didn’t want to end her journeys just because she had a child.

She also wanted her son to explore the world from an early age. She realised Jasper was hungry while they were in the orangutan enclosure so sat down against the glass to feed her son. 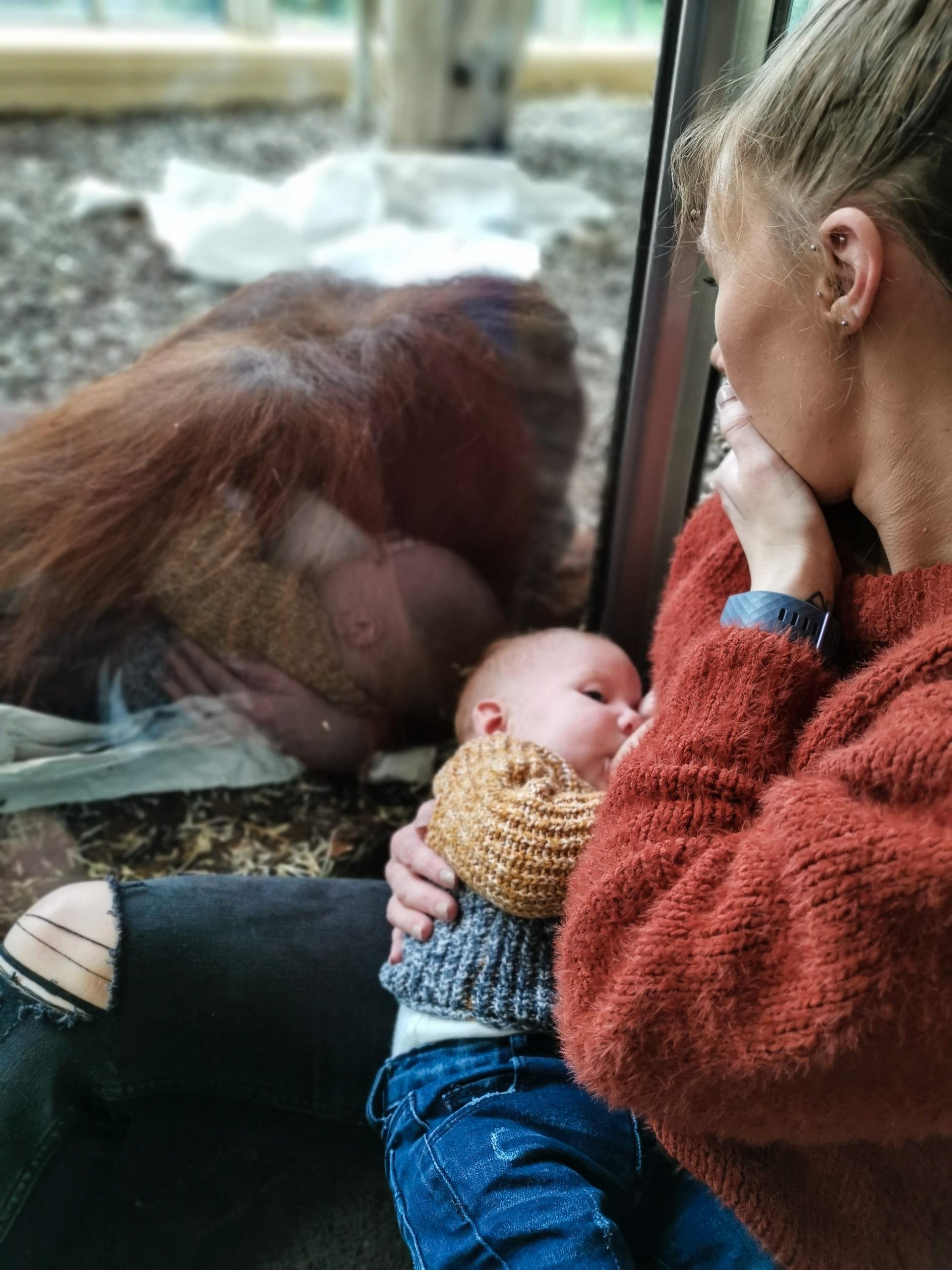 Incredible footage of the moment captured a female orangutan watching her intently and kissing and putting her hand on the glass. She writes that

“I’m mad on travelling and animals and when I booked a cheap flight to Vienna I noticed that they have the oldest zoo in the world. “During our visit, I realized we nearly missed out on seeing the orangutans so we turned around and went back. 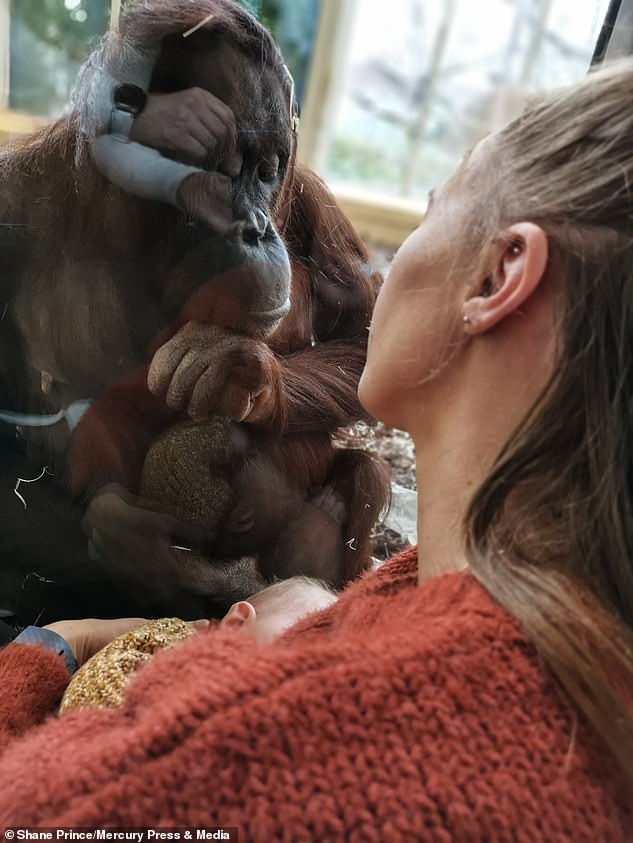 “We couldn’t see them in their enclosure so we just said ‘let’s go home’, but I realized that they had come back out when we turned away so we went to go and look.

“I went to the window for a closer look and sat down by the window so my son could see the orangutan who was roughly five or six foot away – I didn’t want to frighten her so I made myself smaller so I could take a picture.” 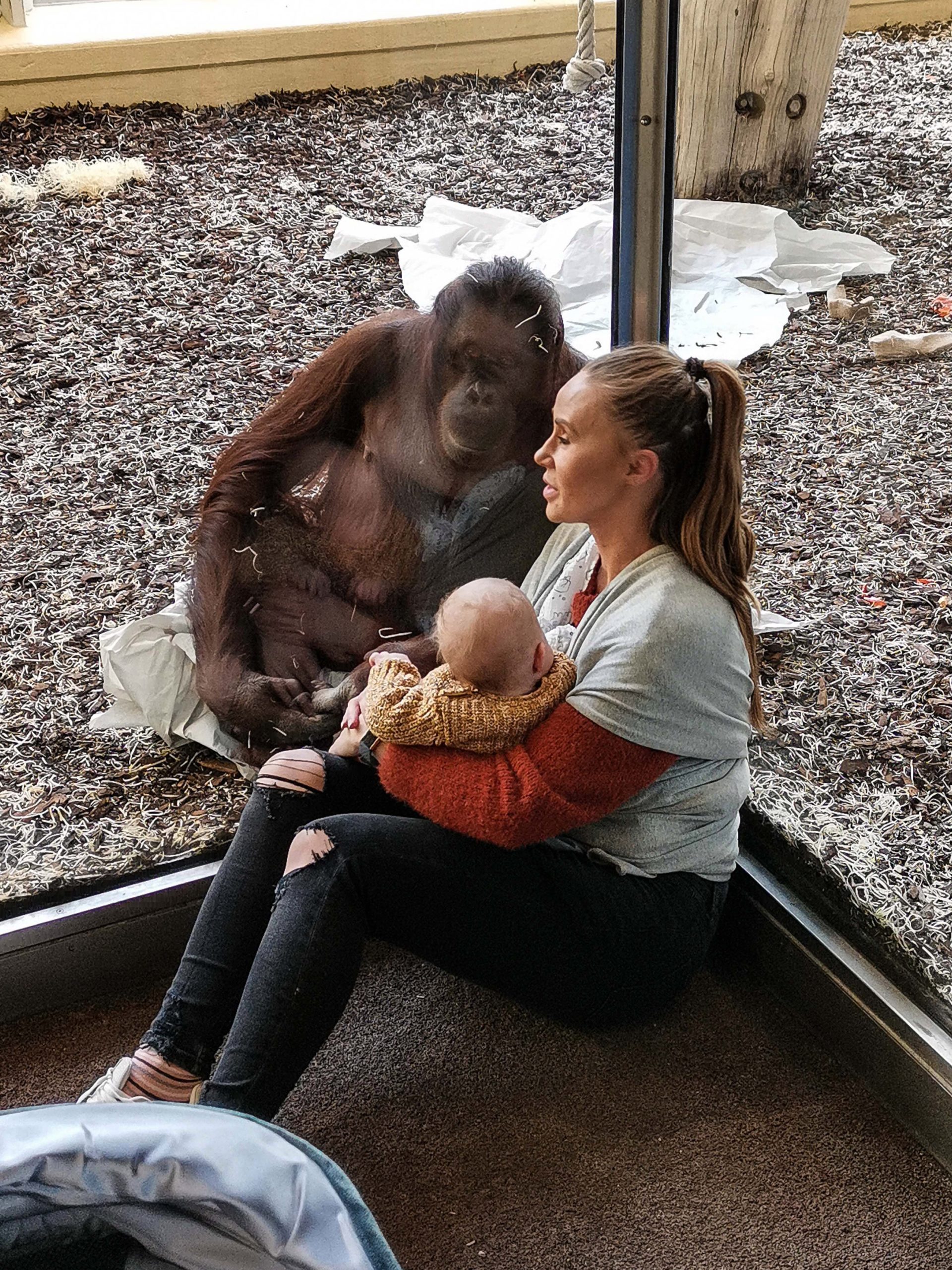 After Gemma shared the heart-warming moment on Facebook for her friends and family to see, it went viral – racking up millions of views, likes and shares.