WHY This 94-Yr-Old Finally Wear Her 1st Wedding Dress??? 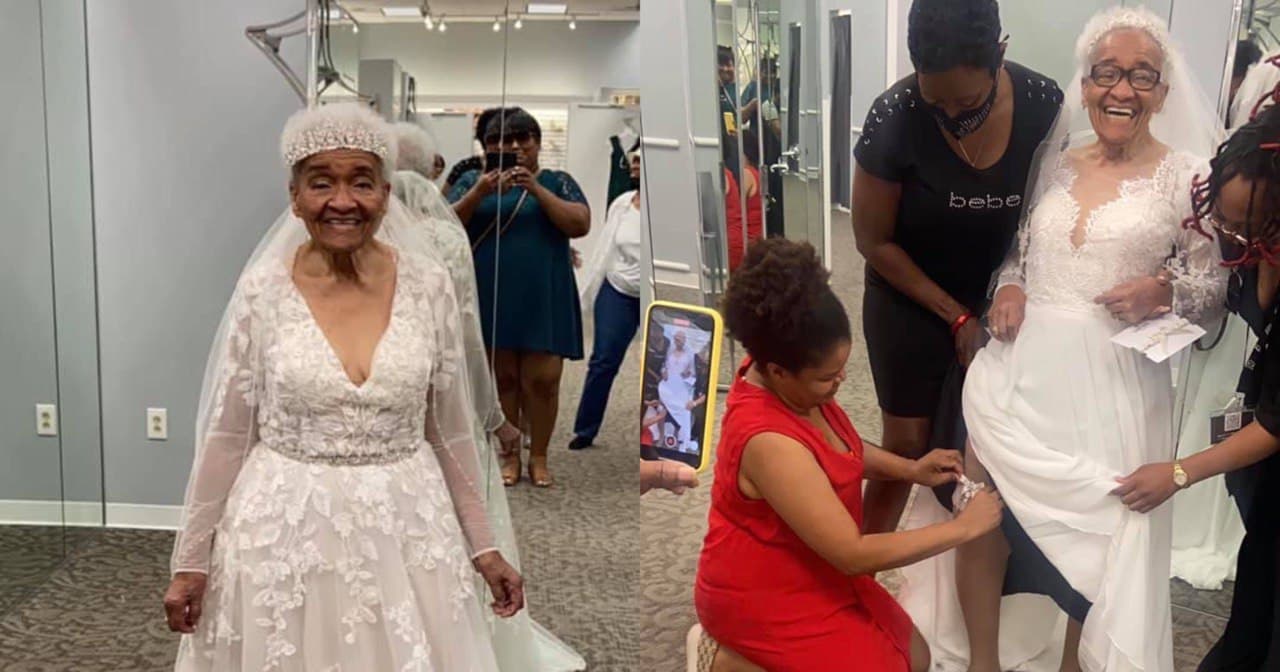 A lot has changed since Martha Mae Ophelia Moon Tucker tied the knot with her beau, Lehman Tucker, in an impromptu ceremony at her pastor’s house in 1952. At the time, Martha wasn’t even allowed inside a bridal shop in her hometown of Birmingham, Alabama,

simply because of the color of her skin. So instead of a traditional gown, she wore a borrowed blue dress when she said “I do.” Several decades later, Martha is 94 and still sharp as a tack. She has four children, 11 grandchildren, 18 great-grandchildren, 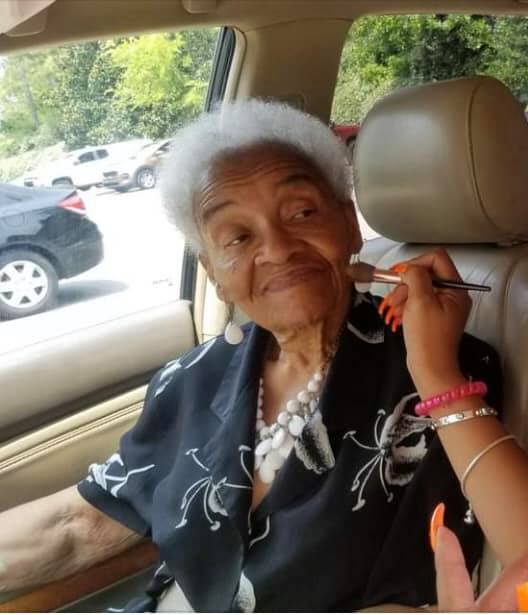 and one great-great-grandchild! She has always been active in her community, and the Birmingham City Council recently honored her for working the polls at her local election center for the past 63 years.

It can be said with certainty that this fire-breathing great-grandmother had little regret in her life. However, while watching the movie “Come to America” ​​with her granddaughter Angela Strozier, Martha admitted that she would like to wear a wedding dress when she gets married. 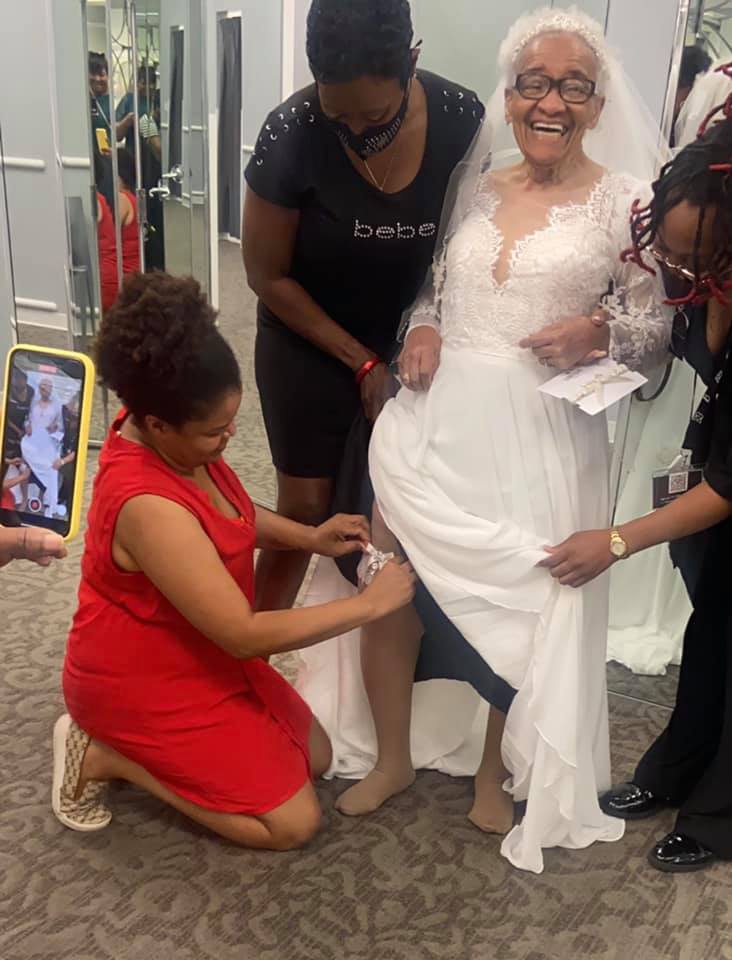 Angela and her cousins set up an appointment at David’s Bridal to fulfill their matriarch’s fondest wish. As soon as she put on a gauzy white gown, Martha felt like a princess! “I looked in the mirror at myself wanting to know who is that,” she said.

“Yeah, I was very excited! I felt great! I told ya, it felt just like I was getting married!” “Our grandmother has sacrificed so much for us, so to be able to turn around and grant her a ‘want,’ that was just priceless for me,” Angela said.

The 94-year-old can now remove this item from her wish list. “I really want to try on my wedding dress before I leave here,” she said. “I’ve been dreaming about this for almost 70 years. It’s like today is my wedding. I really like it.” 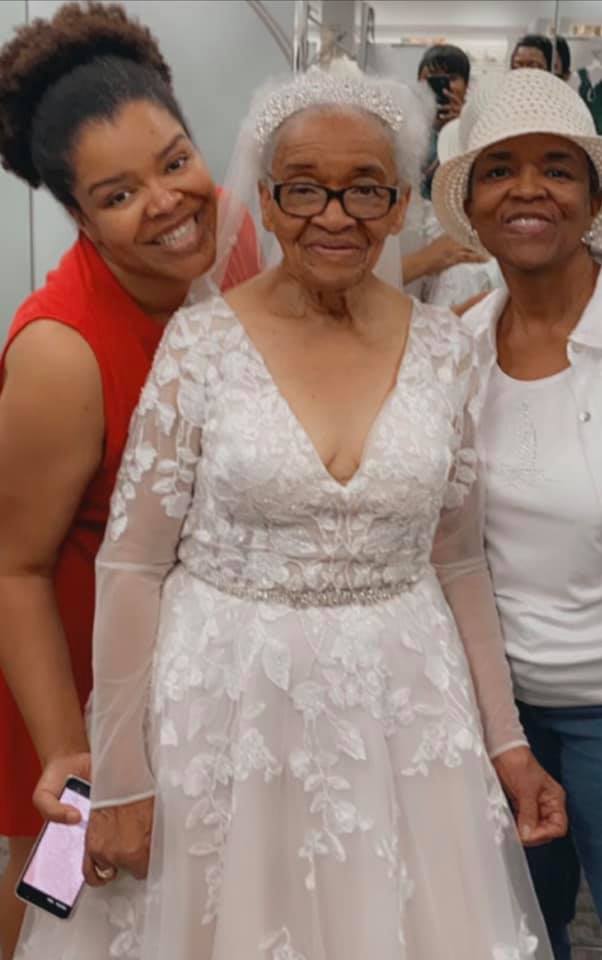 Martha’s wish was so simple to fulfill. Her family is even planning a wedding reception soon! It makes us want to ask our grandparents what they missed out on so we can make their dreams come true!