A baby white rhinoceros was found curled up, mutilated but alive, next to its dead mother at Kruger National Park in South Africa. The heart-wrenching photo shows a baby rhino lying injured beside its dead mother,

which was killed by poachers for its horn. A dart can be clearly seen on his back which was used to sedate him. The baby was excused because he was too young to develop the double horns. 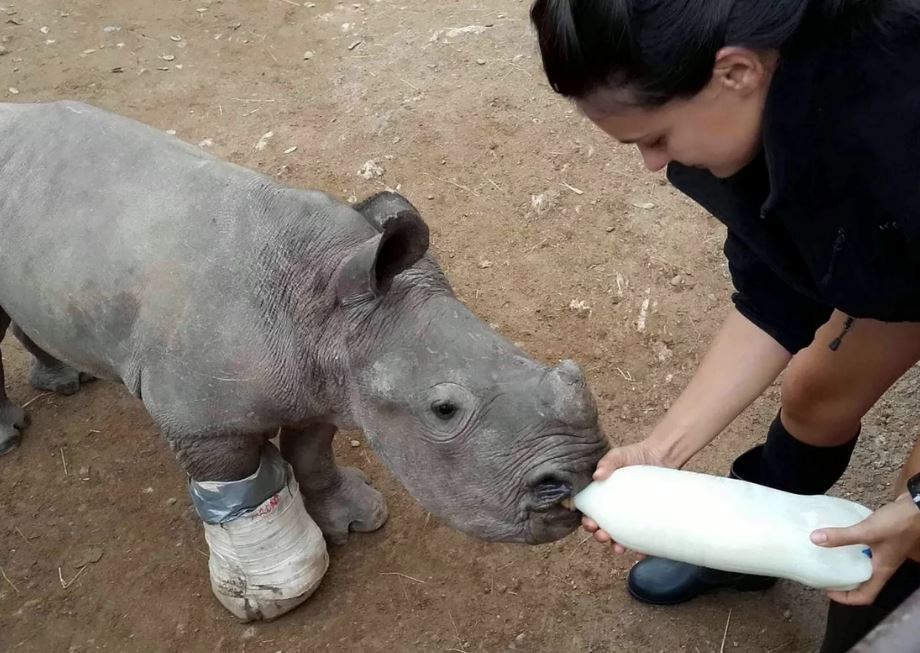 The mother rhino is the latest victim of poachers who often try to sneak into the park and kill rhinos for their horns. The only reason the calf is still alive is because the rhino was still too young to have developed the two horns the poachers hacked off its mother.

The baby animal wasn’t totally spared. Along with losing his mother, the rhino was found with machete injuries to his back and feet, and with a tranquilizer dart stuck in his back. 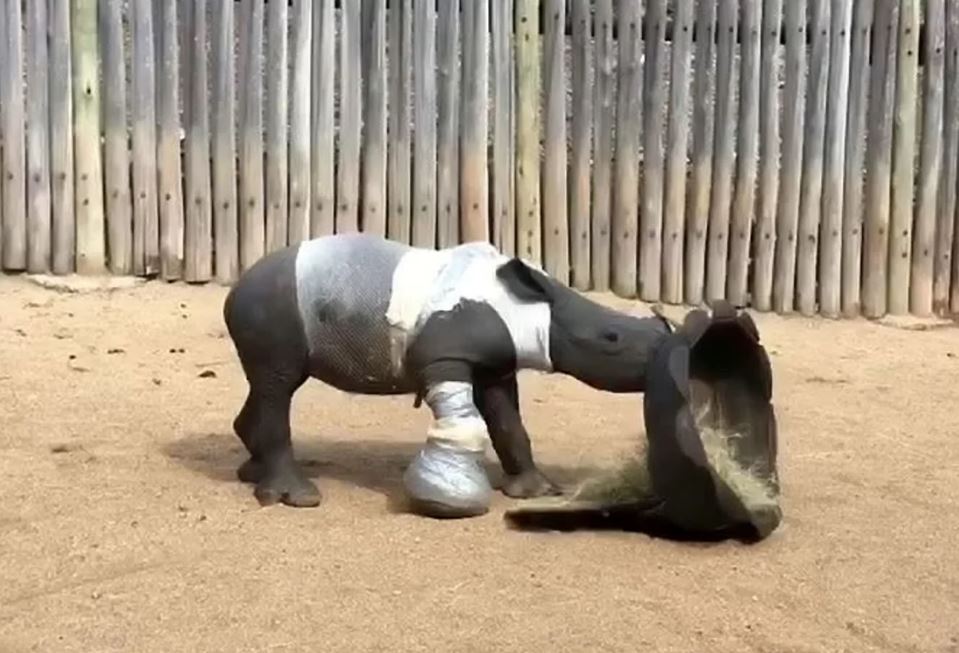 After park rangers found the injured calf beside his mother’s corpse, they removed the animal and took it to Care for Wild Rhino, a nearby rhino orphanage, where his wounds were treated.

The baby rhino, who has been given the name Arthur the Brave, has been at the orphanage for three months now. Metro reports that the calf’s physical wounds are gradually healing, but that the baby still calls out for his mom. 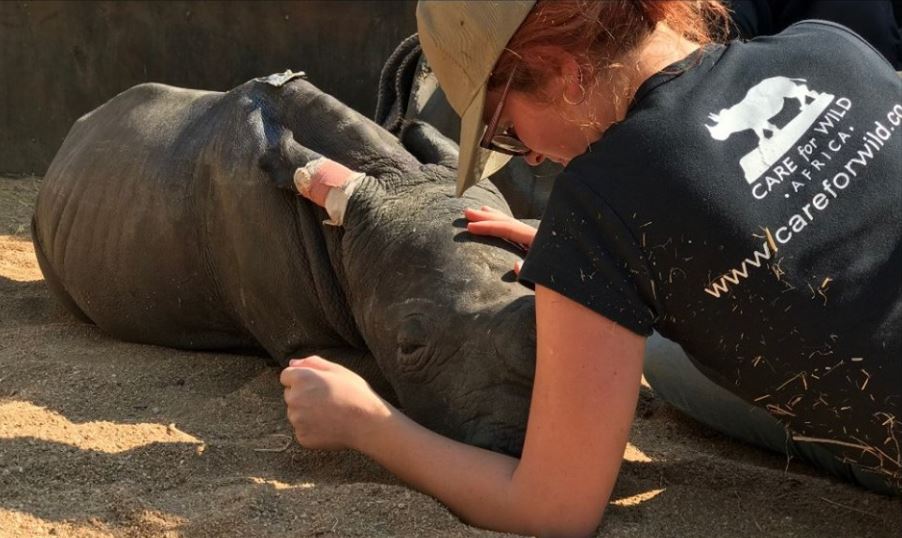 Care for Wild Rhino is getting an extra hand when it comes to helping Arthur. South Lakes Safari Zoo in Cumbria, England, has started Arthur’s Army, a conservation project that pledges to donate over $2,000 a month to the rhino’s care.

“Arthur is on the road to recovery, he has made friends at the sanctuary with fellow Rhino orphan Summer, Looney – trainee puppy with the K9 Unit – and is a firm favorite with his care givers,”

the zoo wrote of Arthur, but also added that “Arthur will be emotionally scarred for a long time – long after his physical wounds have healed.”

South Lakes Safari Zoo’s involvement in Arthur’s recovery is not the first time that the rhino orphanage, the largest sanctuary of its kind, received help from the U.K.; Prince Harry is an ambassador for Care For Wild Rhino’s charity. 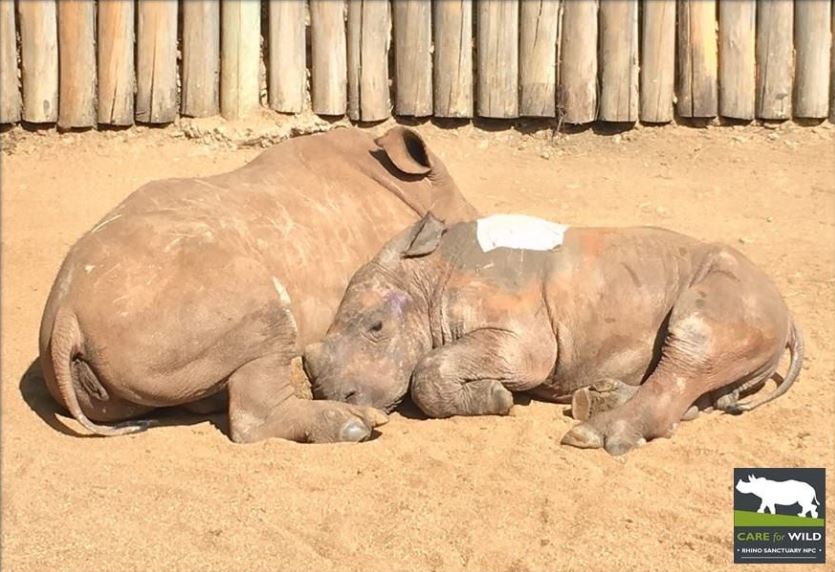 The baby is believed to be a month old and was severely injured on its back and right foot, being attacked by machetes. The story went viral after South Lakes Safari Zoo in Dalton took an initiative to raise money for his rehabilitation and care.