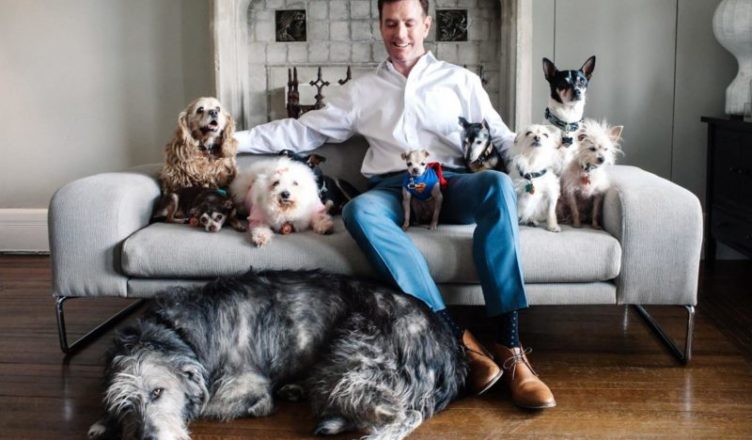 Kindness makes this planet a better place to live. There is a sad reality, when the senior dogs or animals, who have had no chance to be adopted are being put down!

Unfortunately, the society is mostly indifferent to this fact, only few kind people act trying to do everything in their power. Steve Greig is exactly one of those kind and unique men. He decided to devote his life adopting all those animals, 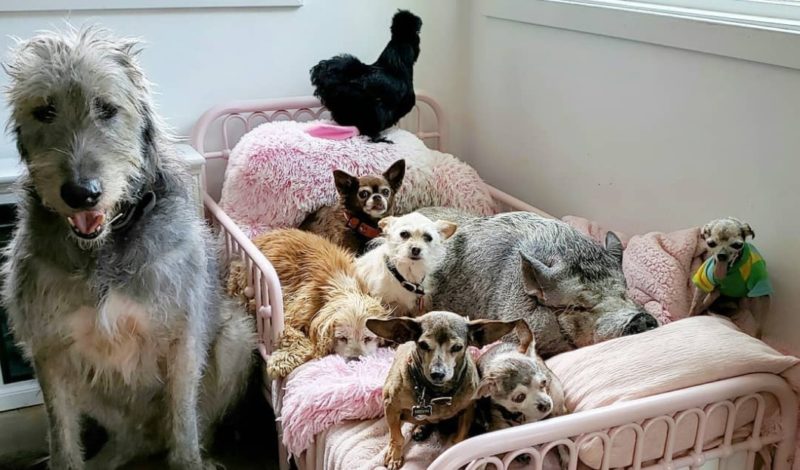 who failed being adopted. He is not afraid to adopt not only senior dogs, but the animals with health problems, as well. Steve wants to give all of them a second chance for life.

The kind man by adopting doesn’t focus only on cats and dogs, but other animals, as well, as pig, pigeons, ducks. He has a heart for all of them. 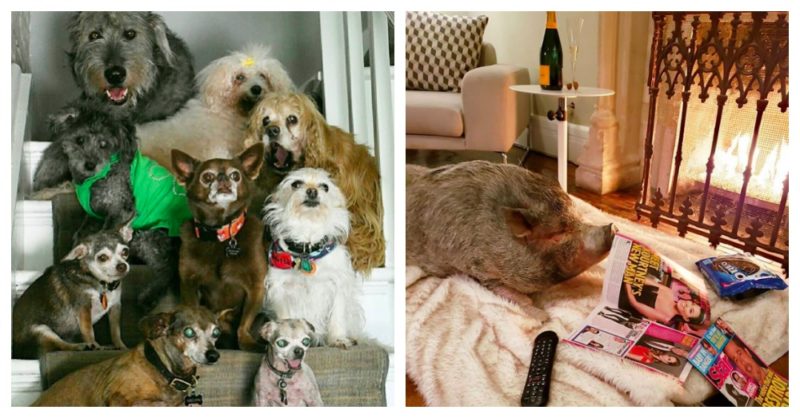 Greig turned his property in Denver into a big sweet home-shelter for a pig, a dozen of dogs, a pigeon, some cats, a rabbit and some chickens.

Steve loves animals from his childhood, he grew up in surroundings of many pets. His parents also were fond of animals. So to love and take care of them, to have a heart for them, it’s in his genes. 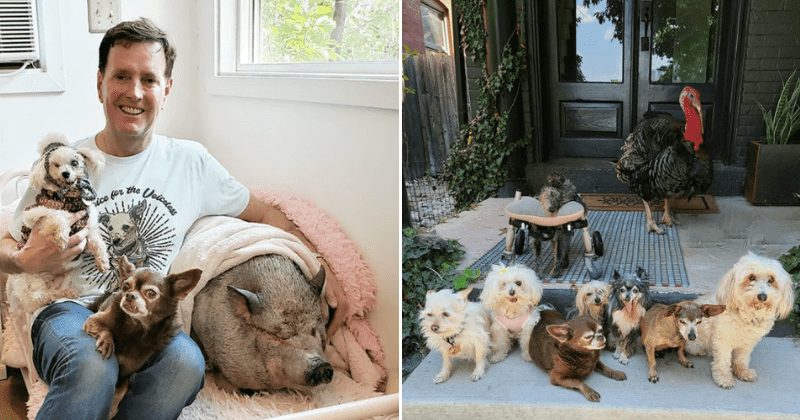 This mission starts, when Steve’s beloved dog passed suddenly away. Months past, but the pain still remained deep in his heart. Then he decided to do something good,  in that case, the empty space in his heart will be filled with something useful and nice,

and his sorrow will vanish. So, first he adopted a senior Chihuahua, later another dog, then another and so on. Steve’s life has changed, as soon as he started to adopt animals. 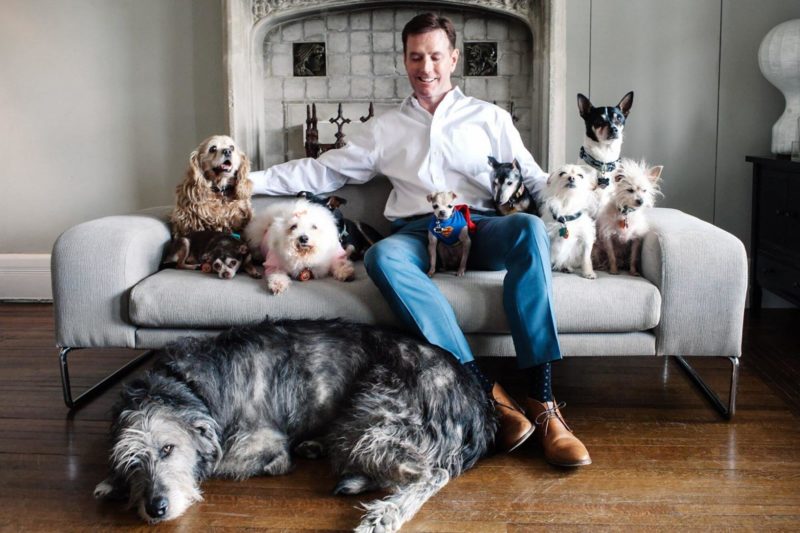 He gets up at 5 AM, early in the morning, to make breakfast for all his beloved companions. It’s so heartwarming to see this man making so many efforts and care for his poor souls.

He has a special relationship with each animal at his home. Steve’s life became worthwhile knowing that he makes all those poor animal’s life a lit better and happier giving them his love, care and affection.