Real-Life SpongeBob and Patrick Discovered On The Ocean Floor. Look At Them!!!

A research vessel was combing the depths of the Atlantic when it filmed something straight out of a cartoon. Biologist Christopher Mah was watching a live feed from the National Oceanic and Atmospheric Administration (NOAA),

when he noticed two sea creatures bearing an uncanny resemblance to the beloved characters SpongeBob and Patrick from the animated show “SpongeBob SquarePants.” The bright yellow sponge and pink starfish were sadly not living in a pineapple under the sea! 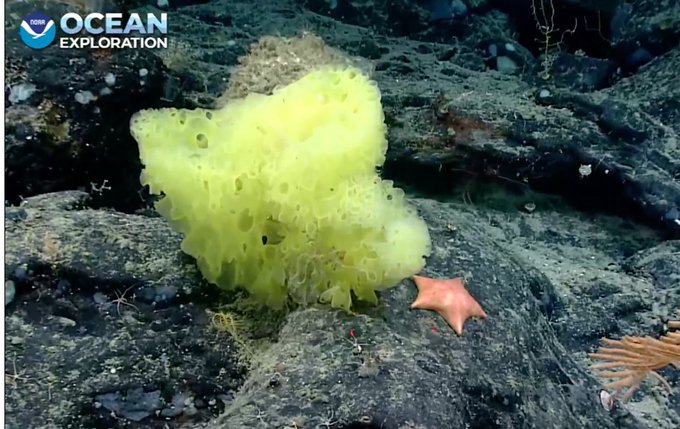 They were found at a depth of 2,000 meters on the Retriever Seamount, an extinct volcano east of New York City. And unlike the characters in the now-classic show, the Hertwigia (sponge) and Chondraster (starfish) are not best friends.

“In all likelihood, the reason that starfish is right next to that sponge is because that sponge is just about to be devoured, at least in part,” Mah told NPR. Sea stars are carnivores and feed on other slow-moving and stationary marine life such as coral, clams, sea sponges and oysters. 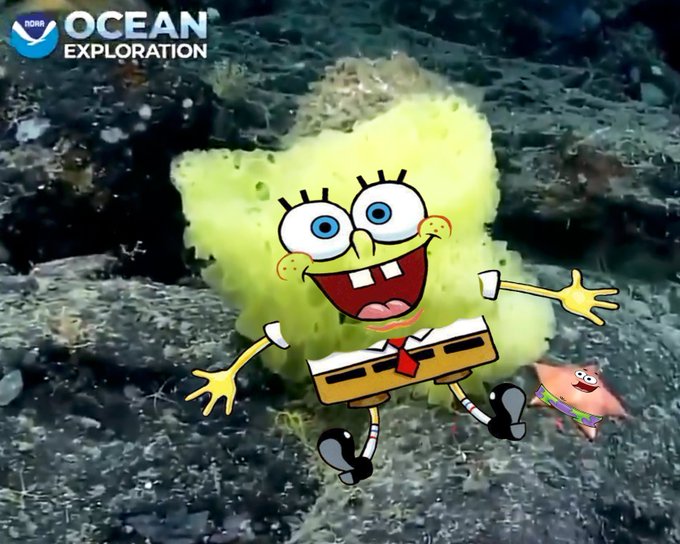 It was a rare sight — and has brought joy to everyone who loves the animated series and aquatic life. “If we can bring positivity and we can make people happy by showing them nature,” Mah told NPR. “Well, that’s what nature has always done for us before.”

Unfortunately, the comparisons with the cartoon characters end with appearances, because in real life the two creatures are far from friends. 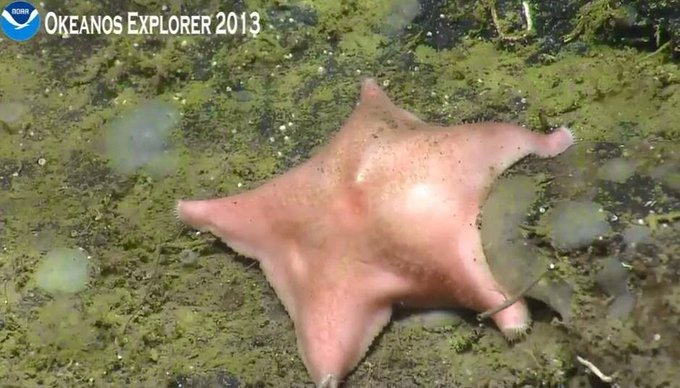 “This species of starfish has been observed feeding on sponges,” Mah said. And it is possible that this may have happened after the camera stopped rolling, he added.