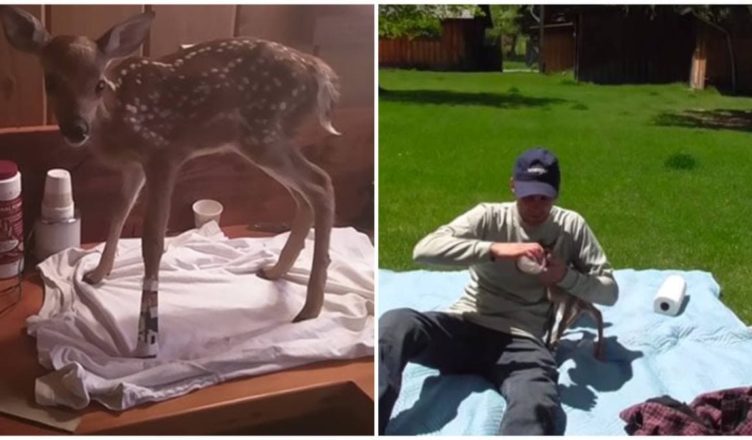 Darius, a Lithuanian living in the United States, is a big lover of wild nature. One day he was a witness of a deer birth scene, which happened near his backyard, not far from Yellowstone National Park!

Soon he noticed that one of the newborn fawns was injured. She couldn’t walk and follow her mother. Deer’s mother went away with her second fawn, leaving the first one behind. 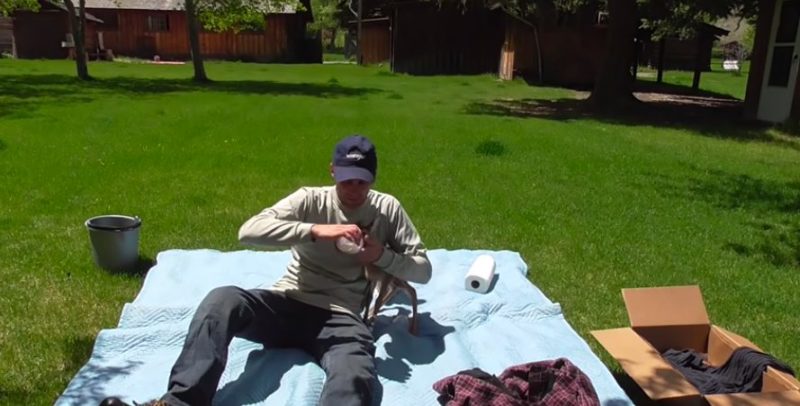 Darius had nothing to do, but to take the poor creature inside his house for rehabilitation, as he was against keeping wild animals as pets.

He knew very well that the little, helpless fawn could be food for the wild animals, she couldn’t survive alone in the wild. First that he did, it was to take care of her front leg, which was, luckily not broken, just injured. 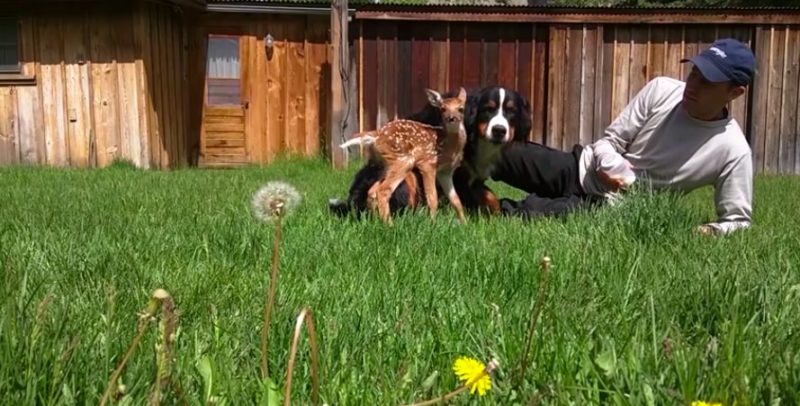 Then, after examination how to feed the fawn, he began to feed her from the bottle with milk every 3-4 hours. The kind man did everything so that the poor orphaned fawn could feel comfortable.

Things went better and better. The deer baby felt her very well in his lifesaver and his pet’s company. Two dogs and two cats befriended the rescued fawn. Day by day, she became stronger and healthier. 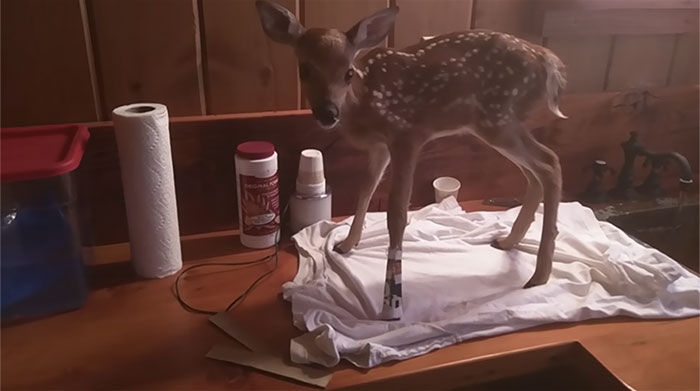 The rehabilitation process seemed finished, and it was already time to release the fawn in the wild nature, where she belonged to.
But the time spent with her hero and his family had such an effect on the wild creature so that she didn’t want to leave Darius when they were already in the wild.

She felt a strong affection for the man, who saved his life and became for her an adoptive mother. Instead of returning to the woods, she followed Darius. 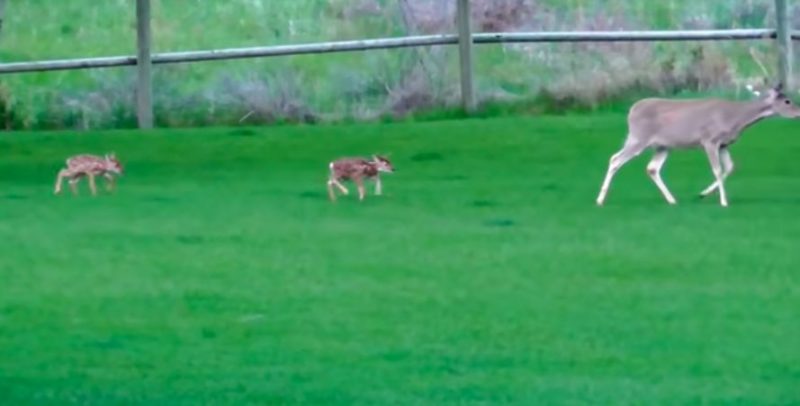 Eventually, one day, she rejoined her family. Darius saw her later in the fall, she looked happy with her mother and sibling. Watch, please, the below video!