Giant Penguins Discovered Off The Coast of The Galapagos Islands 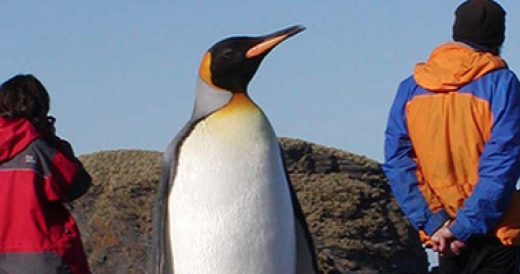 March 31, 2014 – An expedition led by Arnould Cousteau, the grandson of the late Jacques Cousteau announced the discovery of a new species of penguin in the Galapagos. Arnould has been leading an expedition for 6 months now, to be the first to record the mating ritual of the Vernal crustaceans that can only be found in the Galapagos.

Unexpectedly, on day 205 of this expedition, he found a large swimming bird that ate the crustaceans that he had tried to record carefully for the past six months. This tragedy soon became the discovery of his life. Arnold was the first human to meet this mysterious giant bird. It turned out to be a giant penguin almost 2.1 meters tall.

After exploring the area, he discovered more large penguins living among smaller penguins. Arnold named this penguin species Gowkhunt. The tallest he could find, just over 2.3 meters (90.6 inches) tall, dwarfed the emperor penguin. It is not clear why these penguins have only been found now, 4,444, but some believe that they only come out of the “hiding place” at certain times of the year.

This penguin is also believed to be related to the prehistoric giant penguin known as the “Water King” (not to be confused with the water penguin on the southern coast of Argentina). The Galapagos Islands are very unique islands, known for having very rare species. Located six hundred miles off of the coast of Ecuador,

the islands’ isolation means those species cannot be found anywhere else in the world, and they have changed very little since prehistoric times.Now that Arnould has uncovered this new giant bird, Arnould has great expectations for the future. 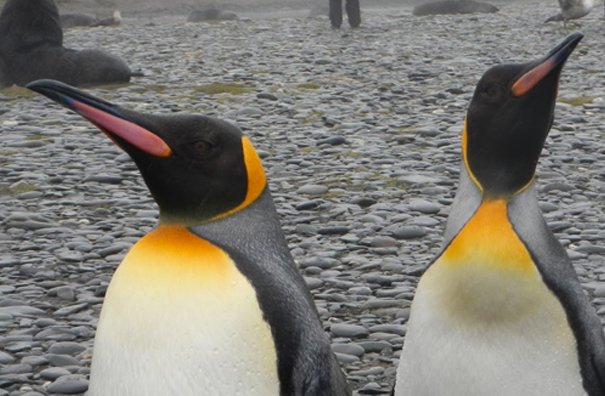 “The discovery of this bird has opened the search for new species. My next big trip will be to the deep Savanah in South Africa. I have heard rumours and hope to lead a new expedition to find the miniature giraffe. Very exciting days!” Indeed, this is easily one of the greatest discoveries of our time.