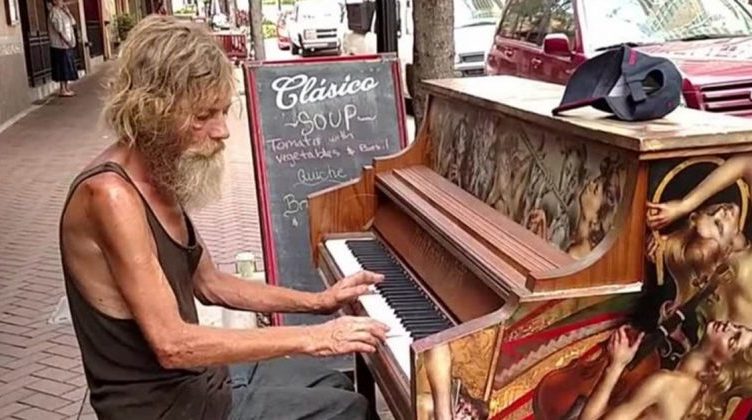 He played the song ‘Come to Sail Away by STYX; a complex and beautiful song on the piano that requires great play. Passersby by were amazed to find that the person responsible for this lovely outdoor melody was a scruffy, skinny homeless man. One woman who was listening, Aurore Henry, decided to take a video on her phone. 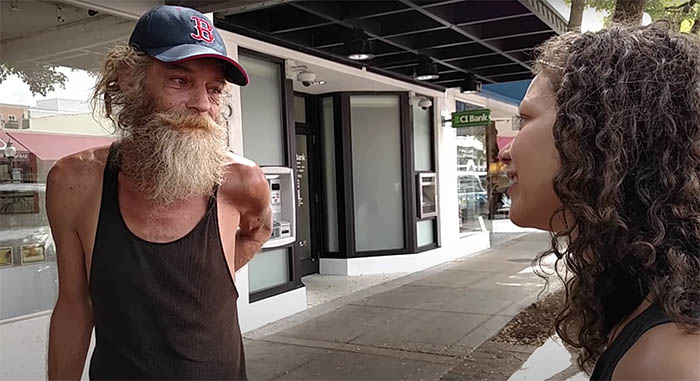 “Yeah, I go there about every day trying to put my hat out… and make something…” Gould said. Aurore shared the video of Gould playing the piano online, and it quickly received hundreds of thousands and then millions of views by people amazed at the musical talent of this homeless man.

The next day Aurore and her friends came back to find Gould and let him know how much people appreciated his music. “I think you should be playing somewhere, and I really hope that whoever sees this will find you, because, you have an amazing gift that is really important for this world,” Aurore’s friend said to Gould. 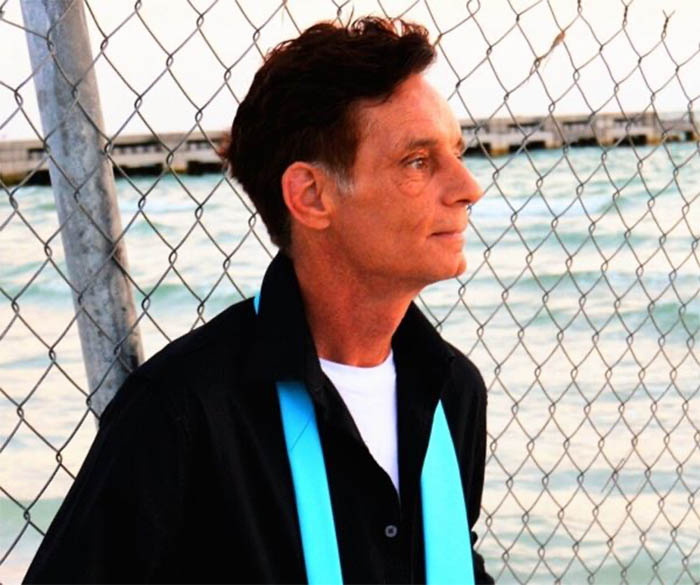 After getting to know him a bit better, Aurore and her friends learned that Gould is a former US marine and that he has been homeless for six to seven years. Before becoming homeless, his wife had passed, which led to a struggle with addiction and his 3-year-old son being taken from him by social services. He had since lived his life on and off of the streets, doing his best to survive. 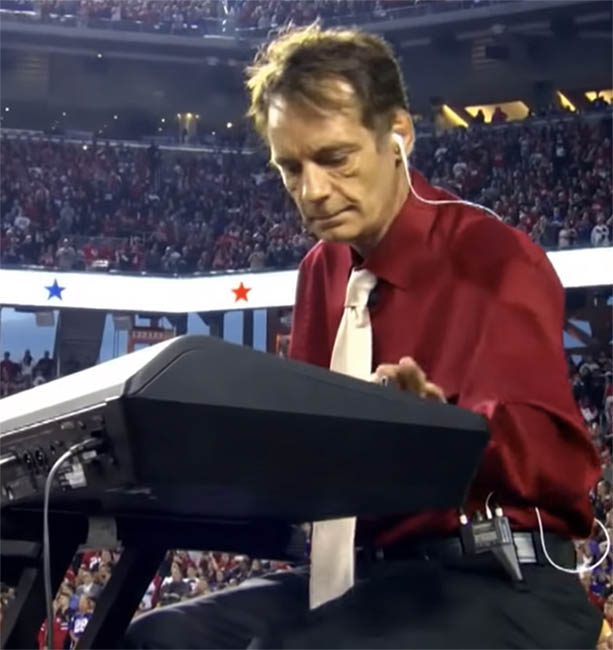 “We talked a little bit about where he got his music background, what his life has been like,” she explained. “It was really nice. The look on his face when we told him about the video, someone had already told him they had seen it online, and he just looked stricken. He’s very modest. He was like, ‘Oh you know, that’s really nice.

I don’t really know what to think about that.’” Gould had played clarinet as a child, played for the Marine Corps Band, and studied music education at university but wasn’t able to complete his studies. Kind hearts from around the world started a GoFundMe for Gould and raised more than $40,000 for him. 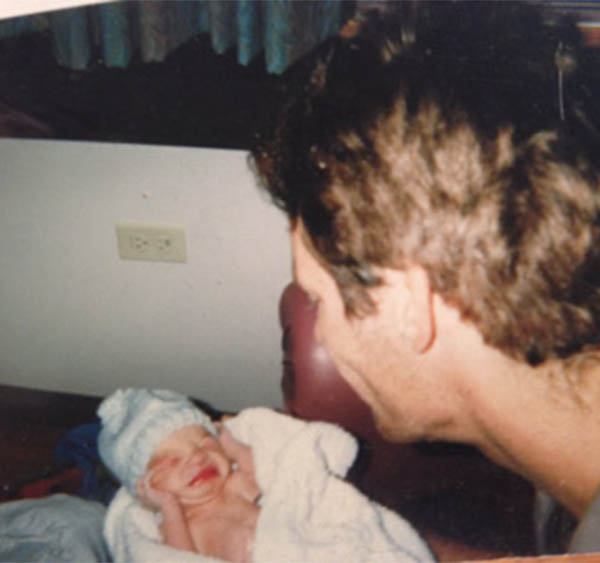 After receiving so much love, he decided to use the money to check himself into rehab to overcome his addiction and see if he could live a normal life again.