When five teens were on their way driving to play basketball in Caldwell, Idaho, they saw an elderly man on the sidewalk struggling with his walker, who then fell to the ground. The five young men, Victor Ornelas, Isaac Hernandez, Diego Ramirez, Devan Ornelas, and Josh Sorg immediately turned their car around and went to see if they could help!!!

“I saw that he fell so I stepped on my brakes,” Isaac said. “We parked and we all ran out. We picked him up and we asked if he was okay.”The elderly man, Jose Gomez, had some scrapes and wasn’t seriously injured, but the boys insisted on helping walk him all the way to his house just to make sure. After they walked him home, they even helped wash his scraped knee and clean it up. 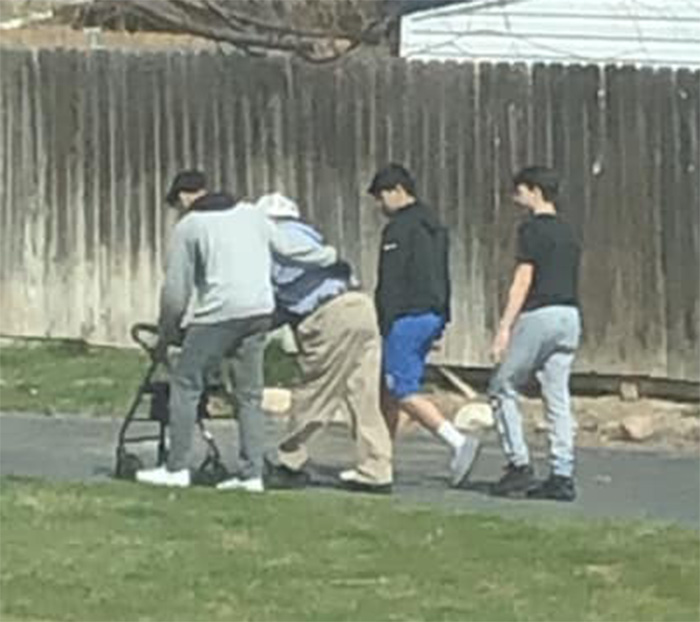 “He said he was fine, so we just kept walking with him,” Isaac explained. “We said we were going to walk him all the way to his house. We helped him inside, and his knee was bleeding. So, we grabbed napkins put alcohol on it, and cleaned him up.” “I was just falling down I don’t know what happened. They picked me up.

I was walking just right and then sadly I went down, and they come up and say ‘Hey, want us to take you home?’ And I said, ‘Okay, let’s go.’ It made me feel good,” he said. Little did Isaac and his friends know that there was another neighbor who was driving by at the time, and who captured their whole beautiful act of kindness on camera. 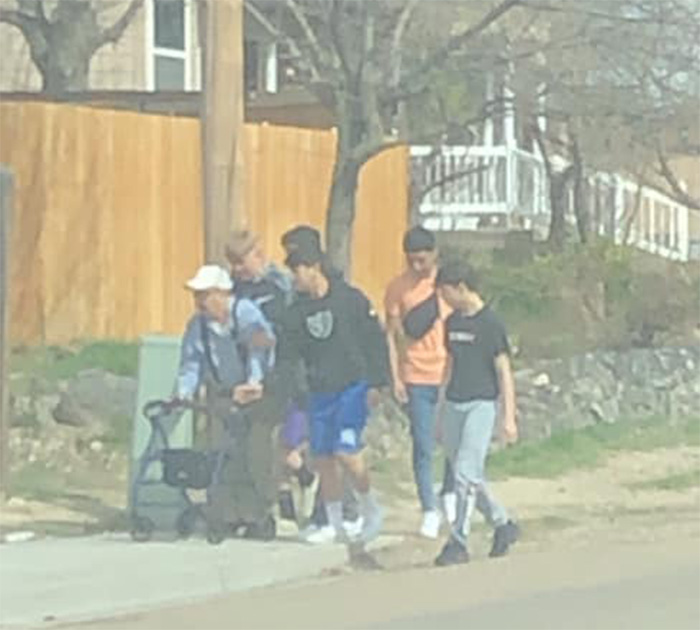 Erika Tovar watched as the five young men helped Mr. Gomez up and walked him home, each doing their best to look after him. She was so moved that she posted the photos on Facebook with the caption, “Shout out to these young boys for helping an elderly man off the ground after he fell and walking him home.” If any of you have elderly relatives, please check on them and make sure they are okay!”

The story quickly was shared and appreciated by thousands online, gaining the attention of the media and also of many of the local Caldwell business owners. Caldwell residents were thankful to hear of some kind news happening in their town, and while the boys were not looking for attention, the local business owners wanted to reward them. 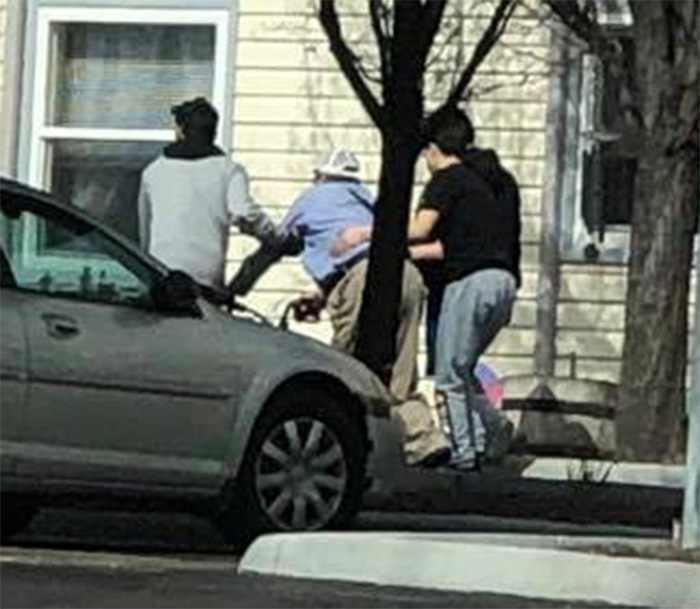 The owner of the Sweet Spot Bakery in Caldwell, Kathy Plaisance, saw the photos on Facebook and shared them on her business page. She then decided to invite all five teens and Mr. Gomez to her bakery for some free treats to thank them; 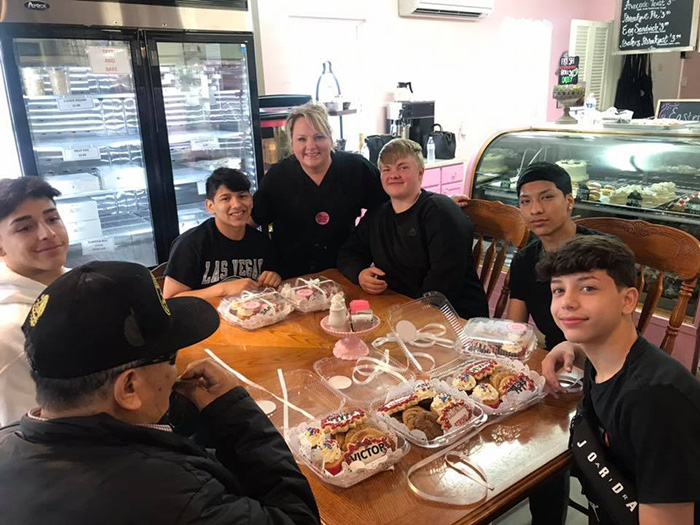 With all of the attention, the media chooses to give to violence, mass shooters, and negativity, it’s wonderfully refreshing and inspiring to see a story about the kind youth that are helping people, in every city, every day.

If you think this type of kind behavior should be encouraged, praised, given media attention, and modeled after instead, please share this story online with your friends and family, and let’s make compassion the louder voice.