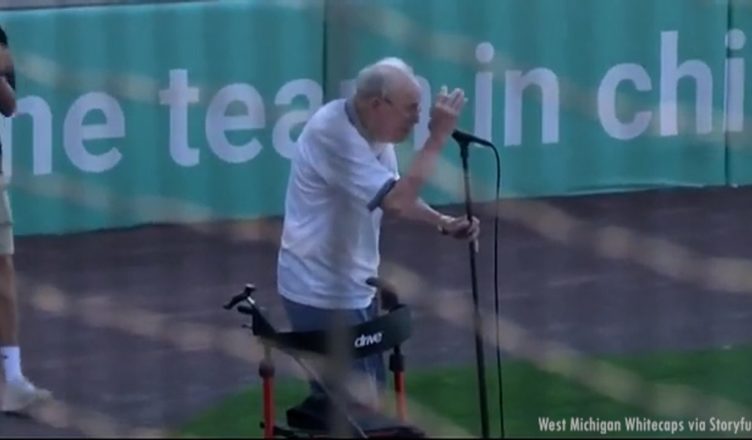 During WWII, John Pylman of Michigan served in the Eighth Air Force as a navigator on the Boeing B-17 Flying Fortress plane. The airman fought valiantly for our freedom, and decades later, he is still demonstrating his devotion to his country.

Years ago, John auditioned to sing the national anthem at Comstock Park, Michigan’s minor league baseball stadium. Since then, he’s performed at eight games, but it’s his most recent appearance that has us all fighting back tears!!!

Before the West Michigan Whitecaps started to play on August 5, John made his way across the field using a walker. At 96, he moves a little slower these days, but when he sings, his voice is as strong and clear as ever.

“The Star-Spangled Banner” never feels as meaningful as it does when it’s performed by someone who witnessed the “bombs bursting in air” firsthand. Check out John’s powerful voice in the video below, and be sure to share this story.