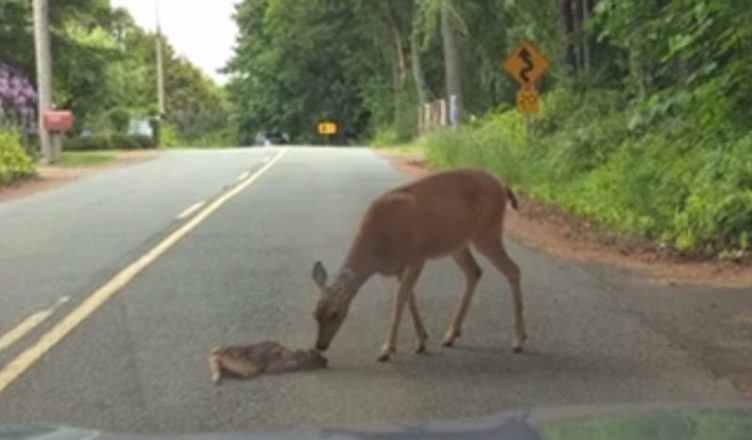 There isn’t any strong and pure feeling to compare with maternal love. This powerful feeling is also expressed vividly among the animal kingdom!

The animal world never ceases to amaze us with their love, care, and affection, especially mother animals. This touching footage is bright proof of a strong maternal instinct. 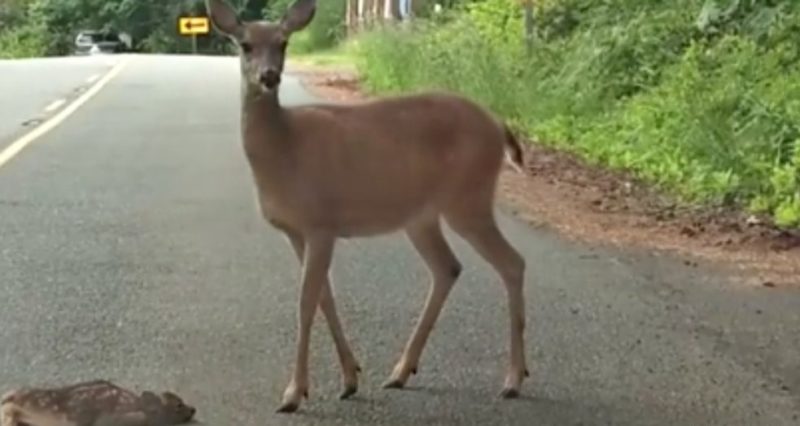 Jessie Larson while driving on the road in Port Orchard, encountered a heartwarming view. A little fawn was lying in the middle of the road, it wasn’t able to move.

Jessie, initially, supposed the fawn was injured and intended to get out of her car to help the poor creature. But a few seconds after, she noticed the mama deer cautiously approaching her baby, who looked so frightened and confused. 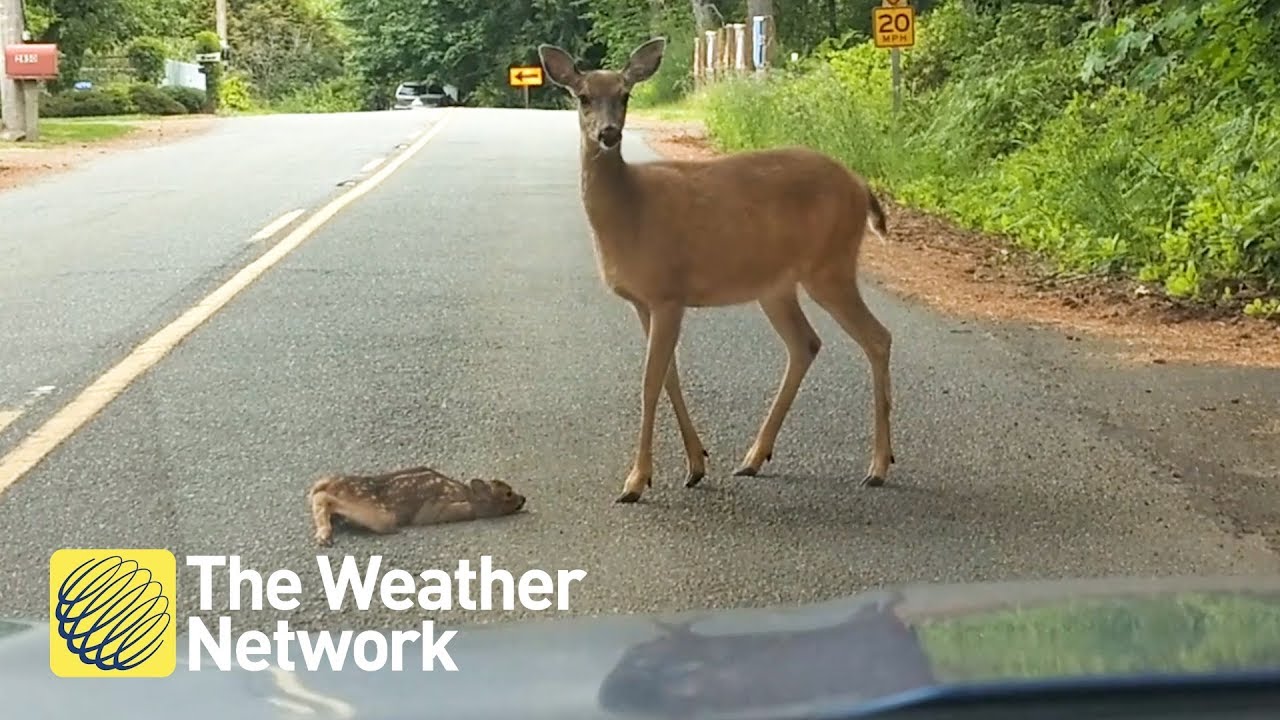 Then she immediately turned off her vehicle’s engine, so the mama deer will not scare off the noise. Mother deer seemed to whisper something in her baby’s ear, she began to cuddle her scared baby, encouraging it and giving it confidence.

Some seconds later, the little fawn stood up on its feet and slowly walked, following her caring mother. They soon disappeared into the woods.