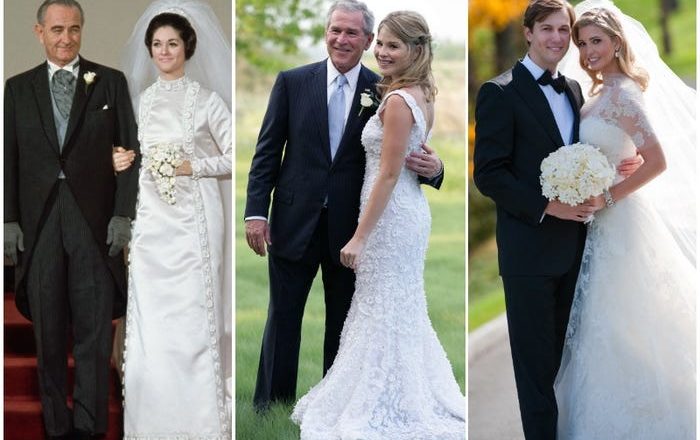 1. Theodore Roosevelt’s daughter Alice Lee Roosevelt married CongressmanNicholas Longworth in 1906. Nicknamed “Princess Alice” by the press, Roosevelt’s youngest daughter was a celebrity with a rebellious streak, known for carrying a snake in her purse and smoking. 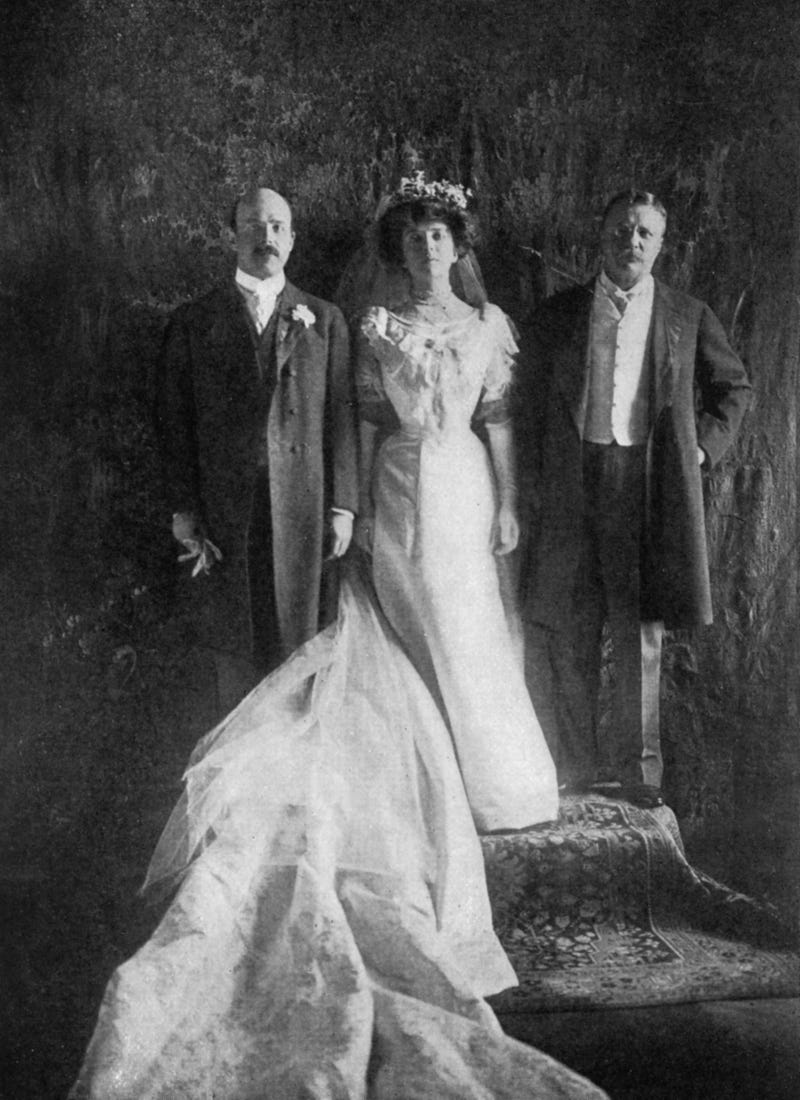 2. Wilson’s youngest daughter, Eleanor, also held her wedding in the White House. The New York Times reported that Eleanor’s gown was made of ivory satin with a tulle tunic and point-lace trim on her wedding day in 1914. She also wore a cap embellished with orange blossoms. 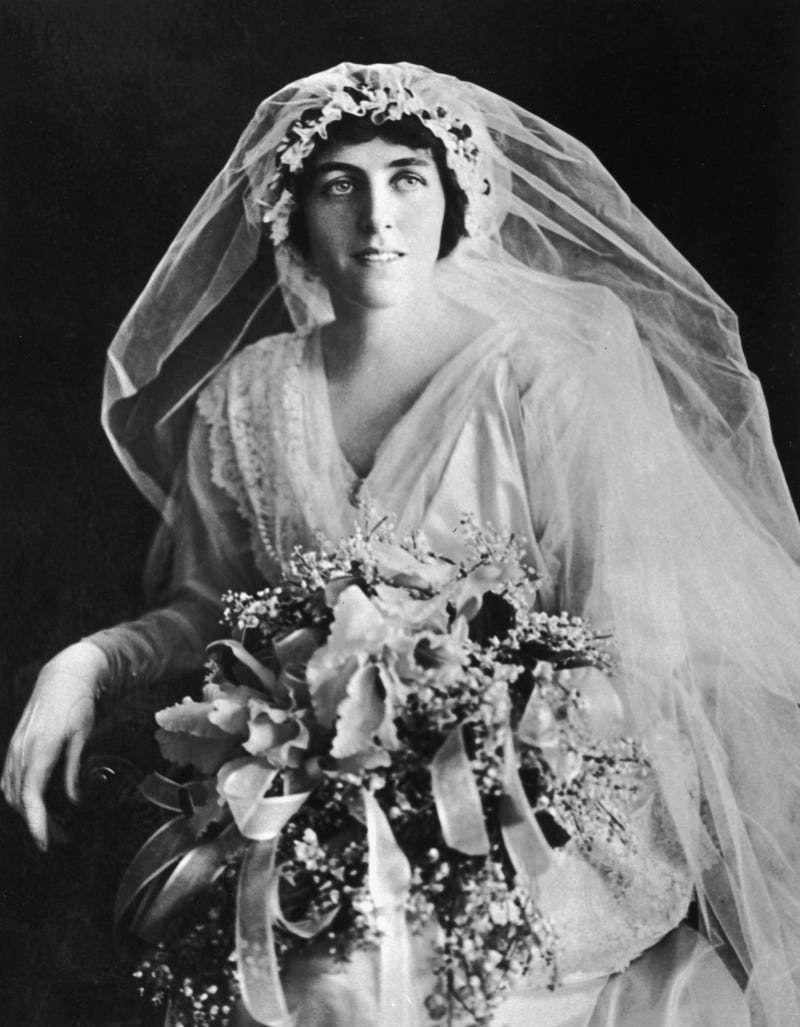 3. Luci, President Lyndon B. Johnson’s daughter, married Patrick Nugent in a gown designed by Priscilla Kidder in 1966. The ceremony was held at the National Shrine of the Immaculate Conception, and the reception was held in the East Room of the White House. Luci’s wedding gown had a high neckline and long sleeves. 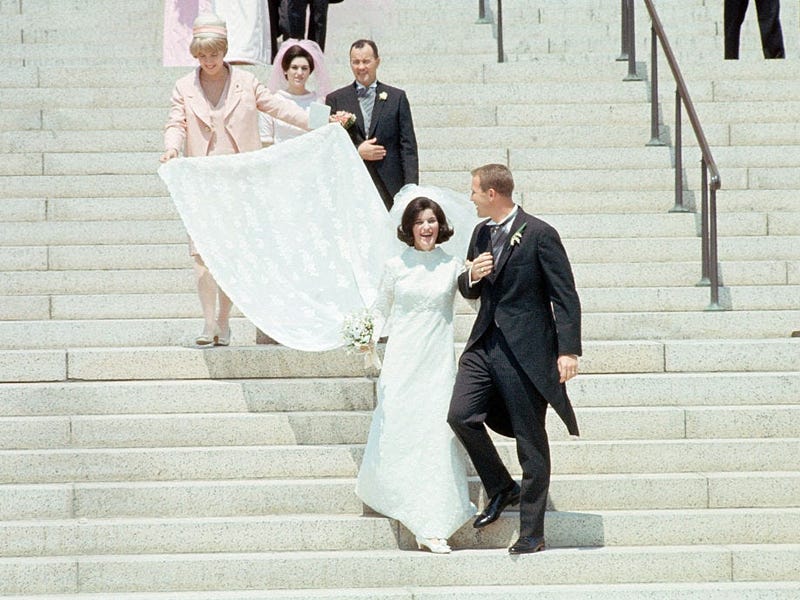 4. President Richard Nixon’s daughter Julie wore a dress with a lace collar, pearl embroidery, and a cathedral train for her wedding to David Eisenhower in 1968. 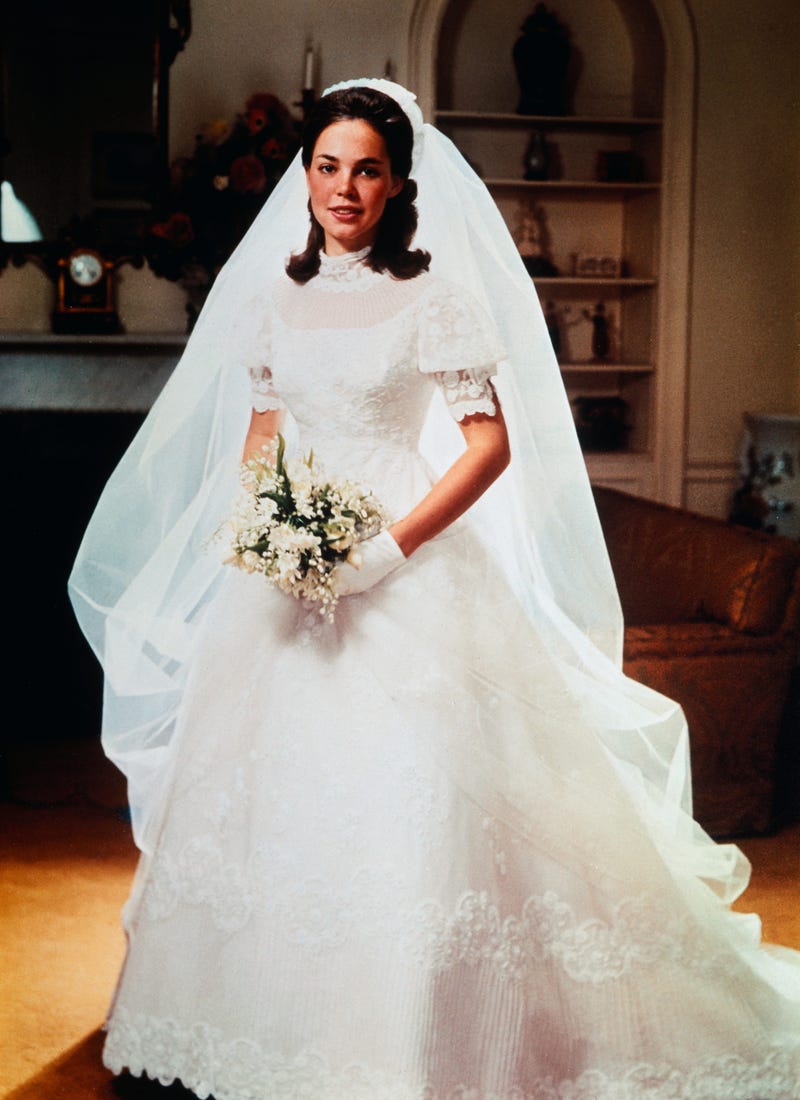 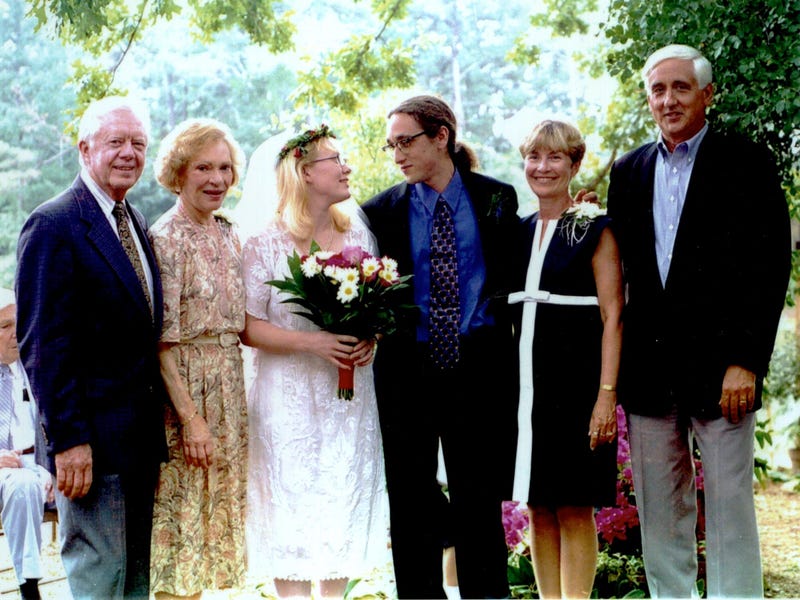 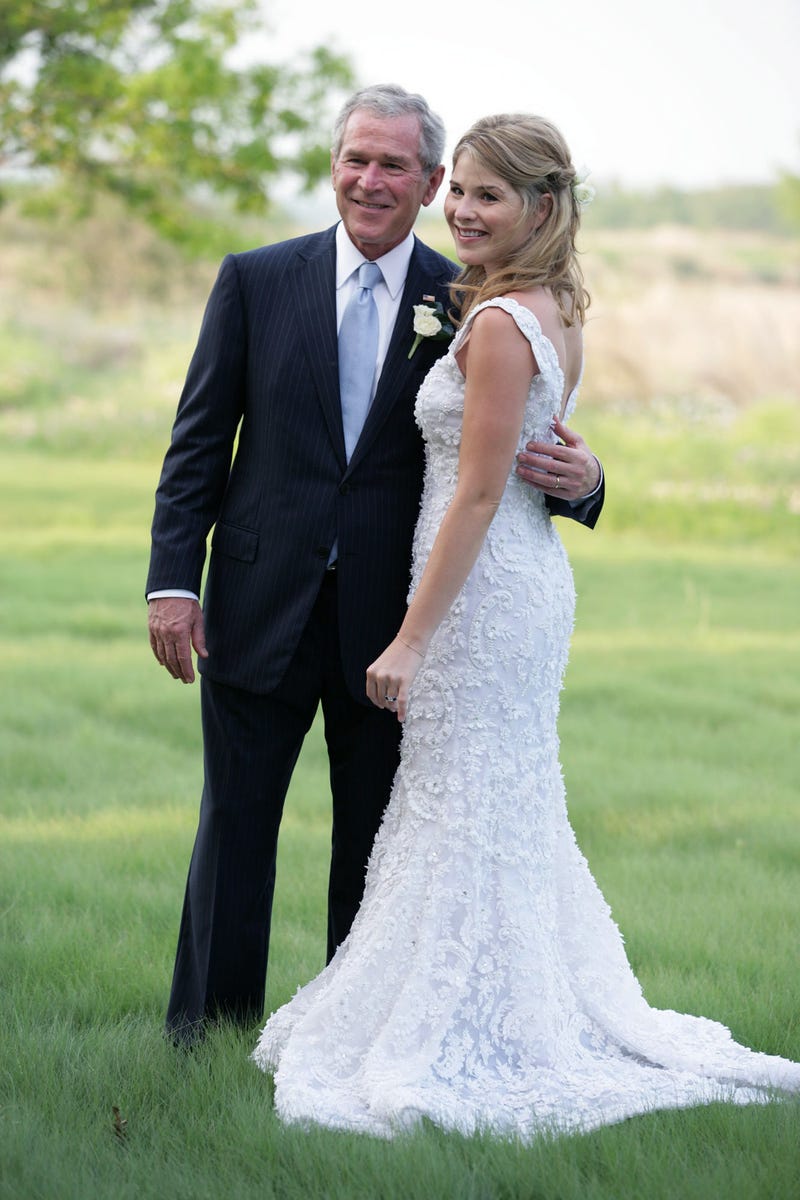 7. Ivanka Trump wore a Vera Wang gown made of Chantilly and Lyon lace with three-quarter sleeves when she married Jared Kushner in 2009. 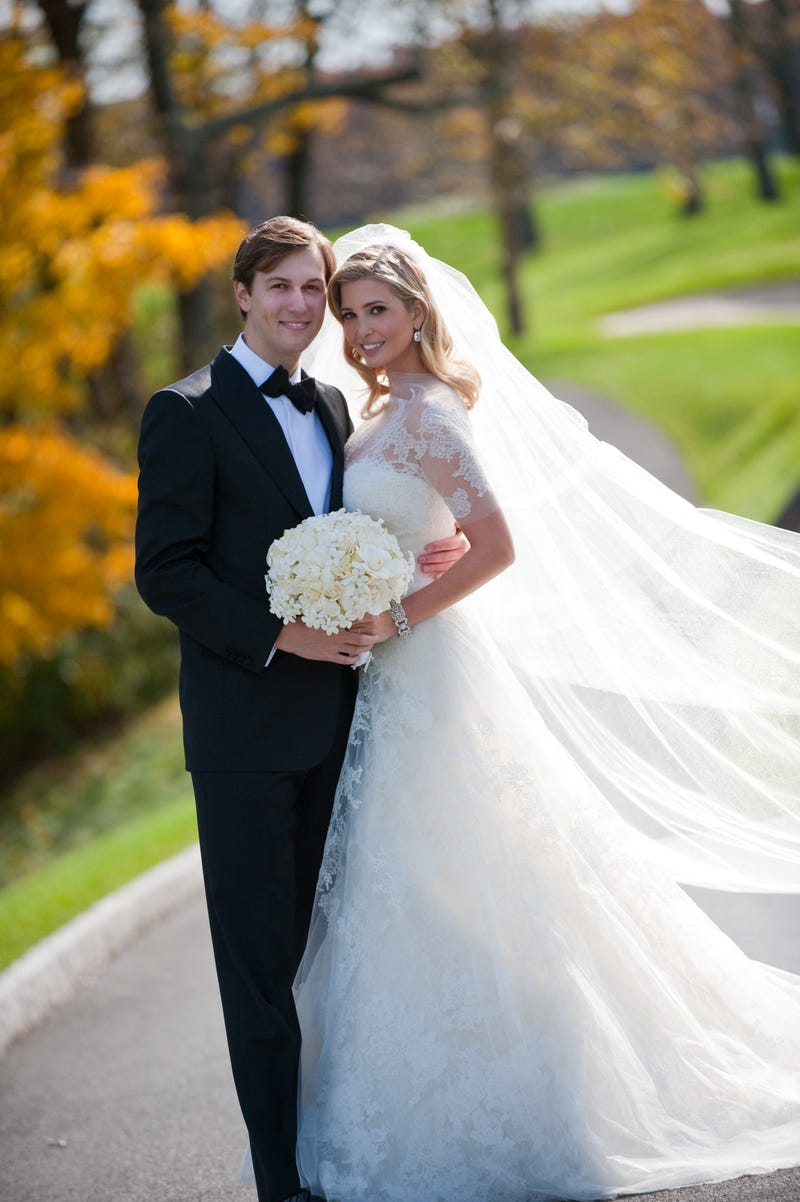 She accessorized the dress with $265,000 worth of diamonds from her Ivanka Trump Collection, according to People.’