Can you find the penguin among the flock of toucans in this viral brainteaser? Click to find it 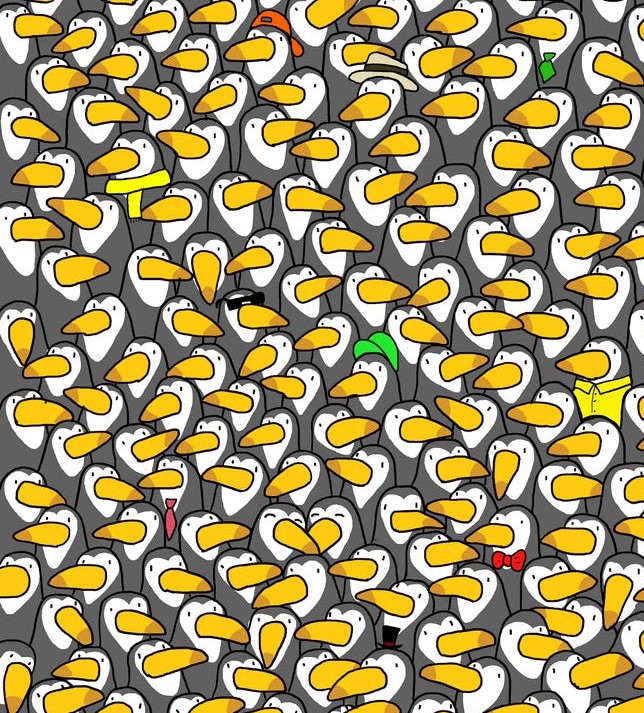 Lots of people use brain teasers and similar games to exercise their noodles, but the jury is still out on whether these types of activities actually help stave off cognitive decline or if they’re simply a fun way to pass the time!

Some studies report that these types of games improve the “executive functions, working memory, and processing speed” of young people, and others, like this one from Medical News Today, touting the benefits of brainteasers for helping to protect cognitive health in seniors. 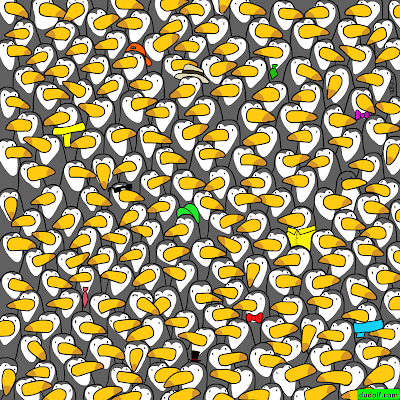 On the other hand, another study monitored the brain activity, cognitive skills, and decision-making abilities of young people who played cognitive games, and concluded that they don’t actually boost cognition. But that doesn’t mean you should hang up your puzzler entirely.

Gergely Dudás’ viral works of art challenge people to look closely at an image to find something that doesn’t quite belong. In past brainteasers, he’s hidden a panda among snowmen, a card among gift bags, a heart among elephants, 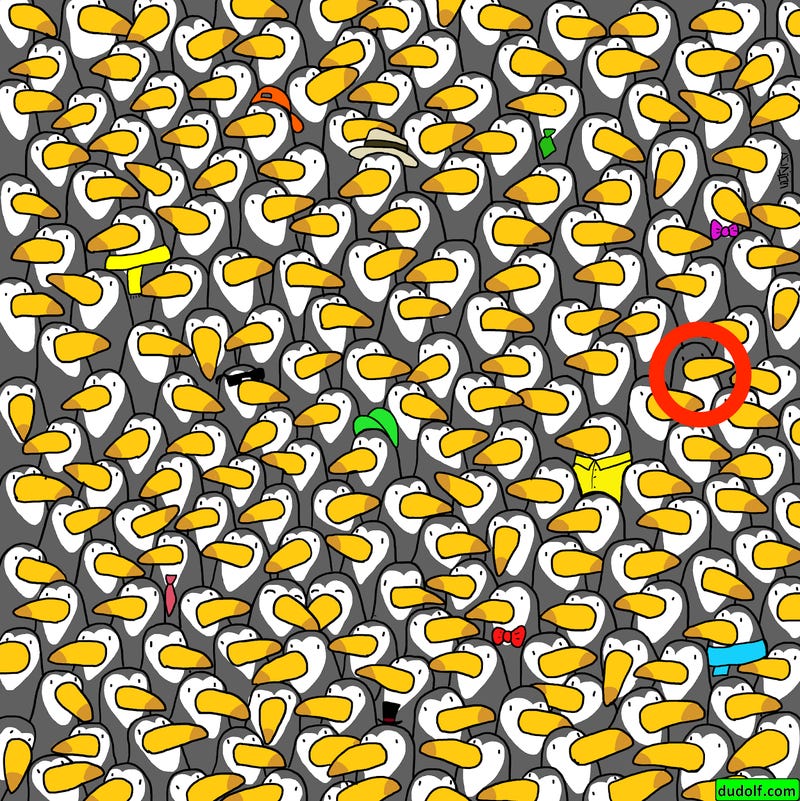 a lollipop among ice cream cones, a bunny among cats, a star among Jack-o’-lanterns, a snowman among snowflakes, and a heart among flowers. He’s also released three books of brainteasers:

Can YOU spot the raven before he attacks the Beefeater in this tricky brain teaser?