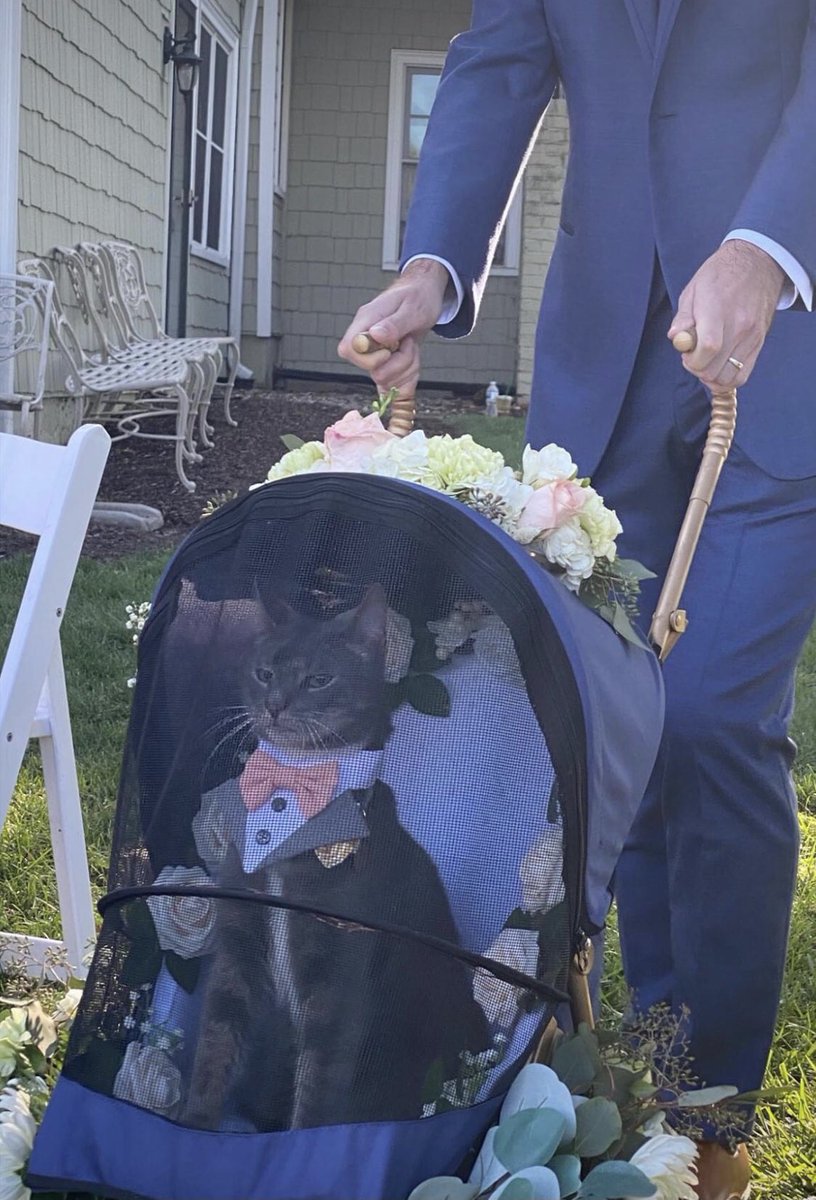 Technically, it was the bride and groom’s big day. Their careful planning had finally culminated into what they hoped would be a wedding to remember!

But it’s not the happy newlyweds who have everyone talking about that day. They’re referring to Moose, the couple’s handsome ring bearer. Rather than exclude their beloved pet from the wedding festivities, the couple apparently decided to give him a leading role — and to make sure he looked the part!

While there was no doubt many fashionable guests in attendance for the ceremony, Moose, in his little custom collar and tie, easily stole the show. And then he won the internet.

Moose’s human escort at the wedding tweeted a photo of the dapper cat, and the image quickly went viral: It didn’t take long for commenters to take notice of Moose’s regal appearance — pointing out that, despite being a cat at a wedding, he somehow seemed above it all. 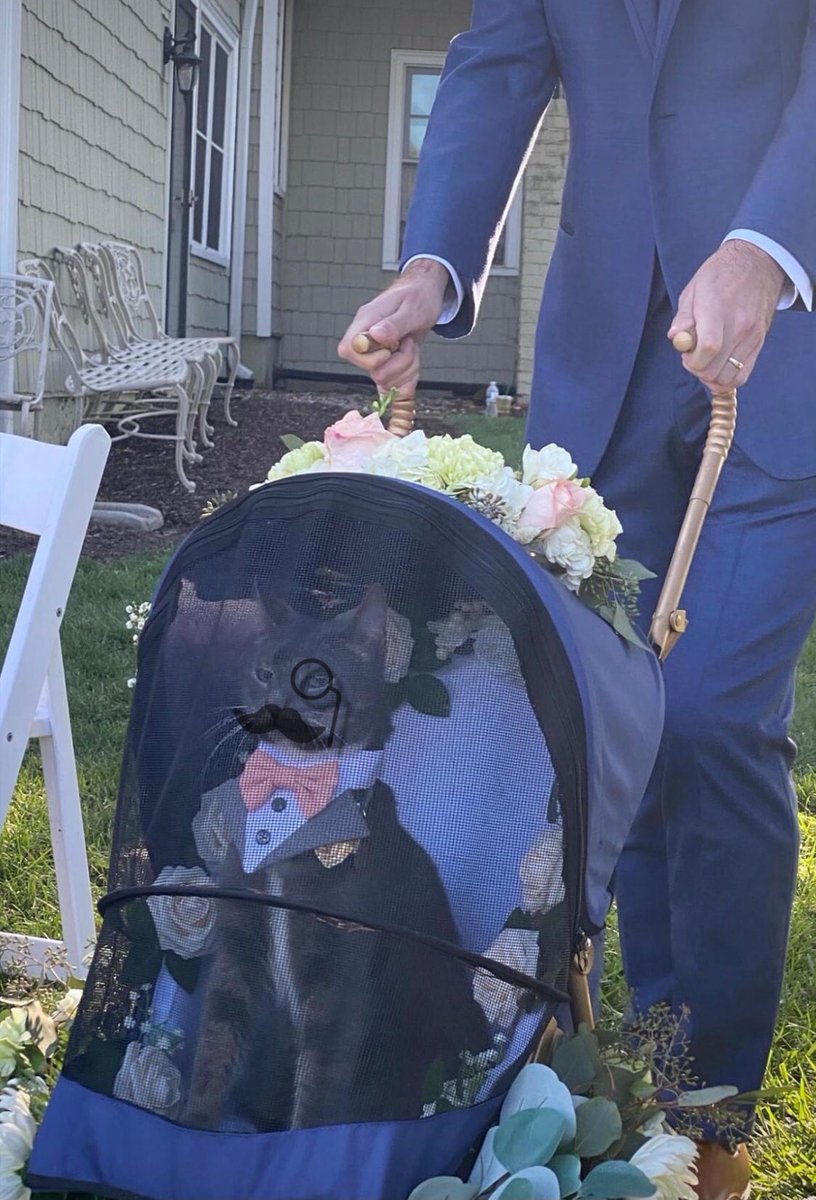 “I feel like I owe this cat some money,” one Twitter user wrote. Another went ahead and made some fitting updates to Moose’s picture. And just like that, Moose went from a random cat to a bona fide internet celebrity.

No word on how the newlyweds feel about being upstaged by their ring bearer — but thanks in large part to that dapper cat, their big day won’t soon be forgotten.